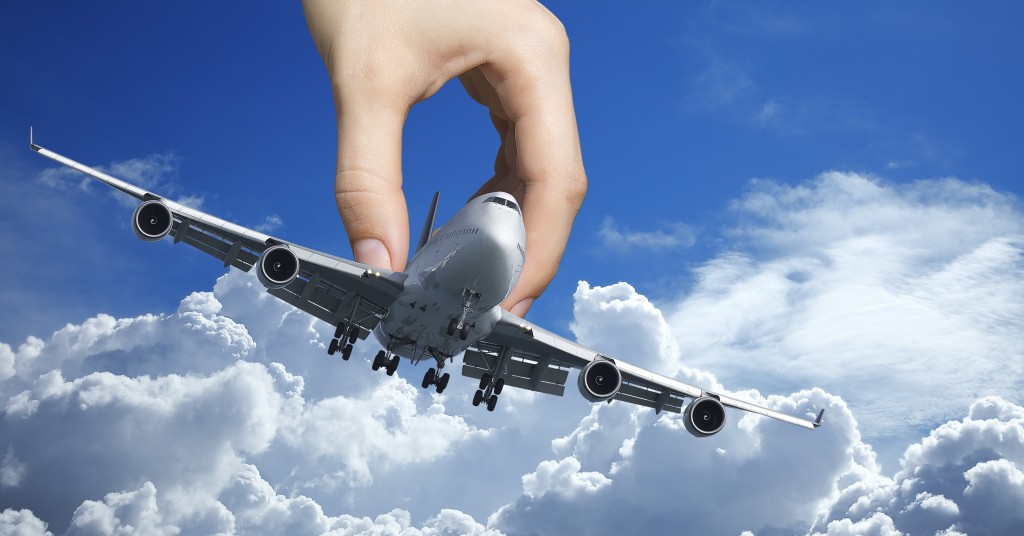 
2019 seems so long a go. A golden age for aviation with airplanes swooshing happily through the skies, and none so happy as those crossing the NAT.

Well, now we can check because the NAT Systems Planning Group 2019 Annual Safety Report has just been released. 2019 might seem a fair old while ago, but the report speaks of a time before Covid when aviation was at normal levels and so offers good guidance on what’s up in the NAT world normally.

If you were thinking the only things you’re monitored on are your competencies and KSAs in sim assessments, then think again. You are being watched all the time, and especially so in the NAT where 12 Safety Key Performance Indicators are watched like a hawk watches a juicy mouse in long grass.

Targets for reducing the number of errors in these areas are set using three year rolling data.

Well, in 2019, six of the targets were met and there were notable improvements in these three areas:

So, pilots have got better at reading their altimeters and not flying at the wrong altitude.

The risk of vertical collision estimate saw an impressive 30% improvement, and they reckon with the use of SLOP this can be reduced another 77% making it… 30/100*77{equation stuff}#100[somethingbysomethingoversomethingelse]… a lot less likely we will fly into each other. Good job all. 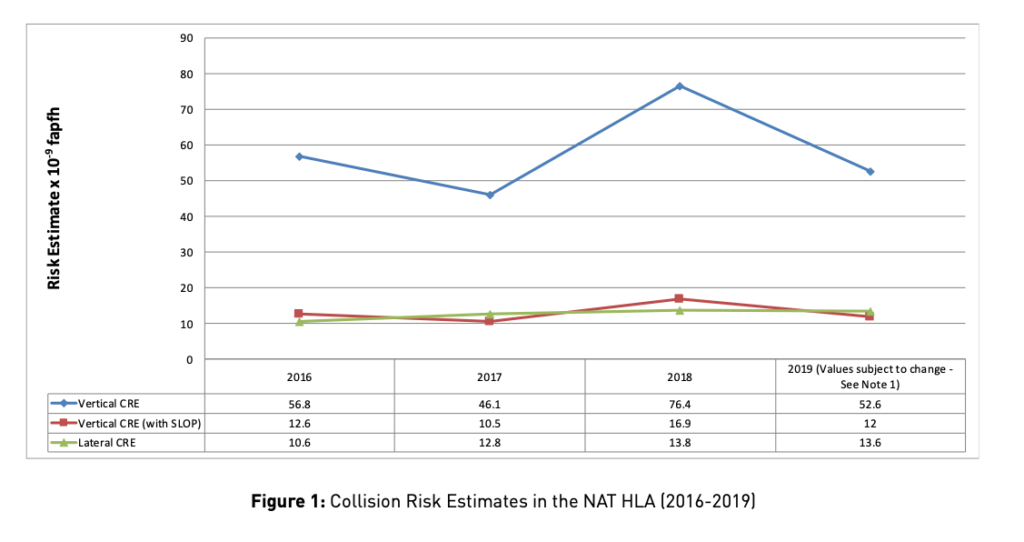 Vertical events went down. Get it? Down… instead of up…

What is going less well?

Lateral collision risk estimates reduced, but there were still 80 reported lateral deviations. So we’re flying at the right altitude, but sometimes in the wrong place.

Flight plan versus what ATC actually cleared pilots to do are the top of the list, making up 30% of  the total. 49 of those were prevented by ATC. Not adhering to ATC clearances increased from 10% in 2018, to 13% in 2019, and weather was another biggie making up 17% of all lateral deviations.

ATC coordination errors were also in the top 5 (11%) so don’t congratulate them too much. ATC were also provided with conformance monitoring tools which highlighted cleared versus selected level differences, and route assignment monitoring tools to help them intervene and prevent deviations. With these in place, the performance in the second half of 2019 did improve a lot.

Ok, congratulate them a lot, they’ve made it much safer for us up there.

No gold star because there were still 266 events reviewed in 2019 by the SPG. These included:

It isn’t always pilots going wrong though. Some of these were down to equipment issues, some down to ATC not responding quick enough. Here is the full breakdown – 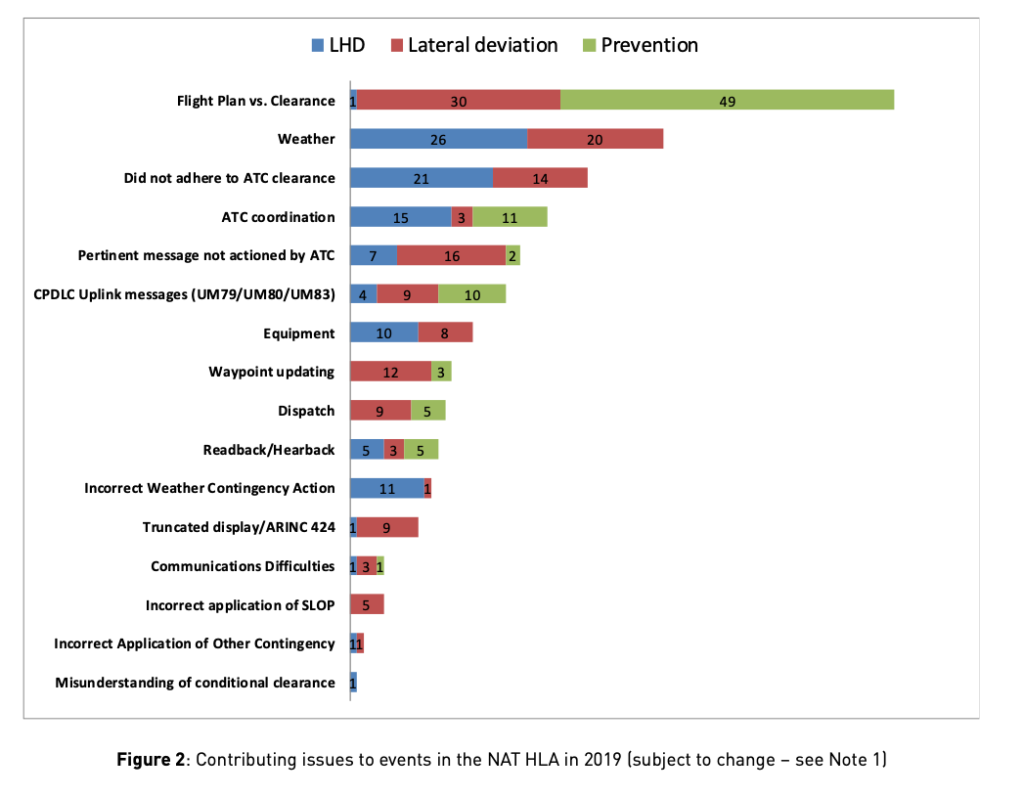 The complete kaboodle. If you had one of these events, you know who you are!

What else is going on up there?

Well, in 2019, when a normal number of aircraft were still flying, they were able to properly monitor the communication and surveillance side of things too, and a whopping 70% of core NAT traffic were using ADS-B. 83% of aircraft were making use of CPDLC over HF radio as well, and the use of these is a big factor in improving the safety and efficiency up there.

The report says this leads to a ‘greater focus on strategic rather than tactical techniques’ which sounds like ‘we are now planning aircraft not to fly near each other’ rather then ‘when aircraft get too close we move them out of each other’s way’.

As a reminder, you have until February 25 to get yourself Datalinkable – the NAT Datalink mandate comes in then.

2020 data might be a little skewed given a lot less traffic flew, (and many of those who did probably did so after a big gap of not flying), but the overall trend is big improvements. ADS-B is an excellent thing, ATC have a bunch of tools to help them make us safer, and pilot errors are reducing.

There is also a NAT2030 vision plan which is aiming for:

Until then, get out your own balloons and have a little celebration because safety is improving on the NAT. Now put them away. There is still work to be done.

The full report can be checked out here