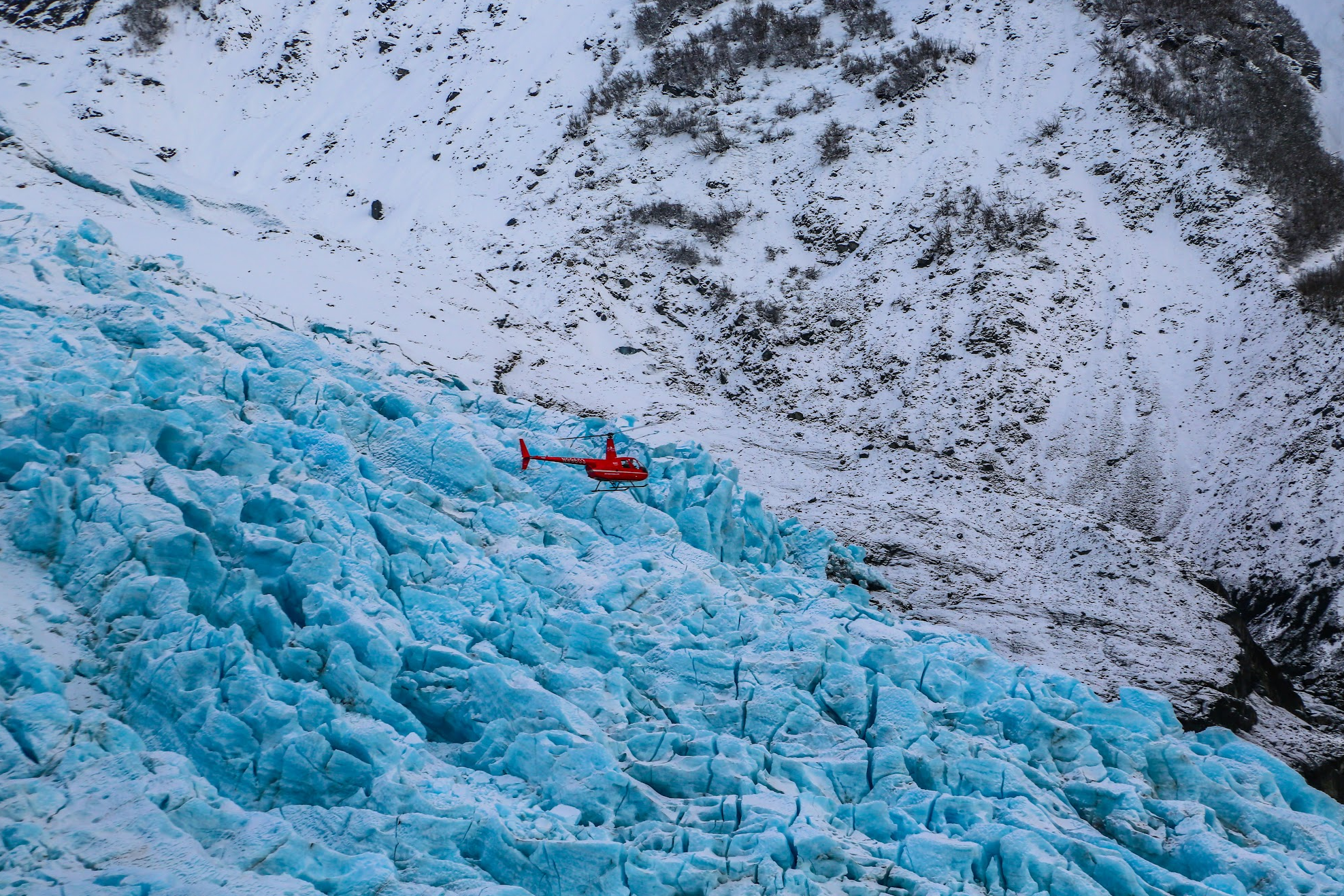 
With Russian airports and airspace now off limits for many operators, what airports across Alaska (and also Asia) are available, suitable, and useable for things like ETOPS alternates, fuel stops, and tech stops?

To be honest, very few! Once you cross into the Bering Sea you are extremely limited in the westerly direction, and probably looking at a far more southerly route initially because of the awkward “extra chunk” of Russia that sticks out the bottom.

Why is Russia off limits?

The exception, at present, is the US –  Russia has still not officially banned US aircraft/operators from its airspace. However, some local agents are saying that they are not able to provide Russian landing and overflight permits to US registered aircraft/operators, and we’ve had similar reports from some locally based OPSGROUP members. Major US carriers are already avoiding Russian airspace, which is sensible action to follow given the uncertainty.

This is affecting a lot of operators at present, who are now having to route around Russian airspace.

A report on a recent routing from Anchorage to India considered the following airports as possible options. 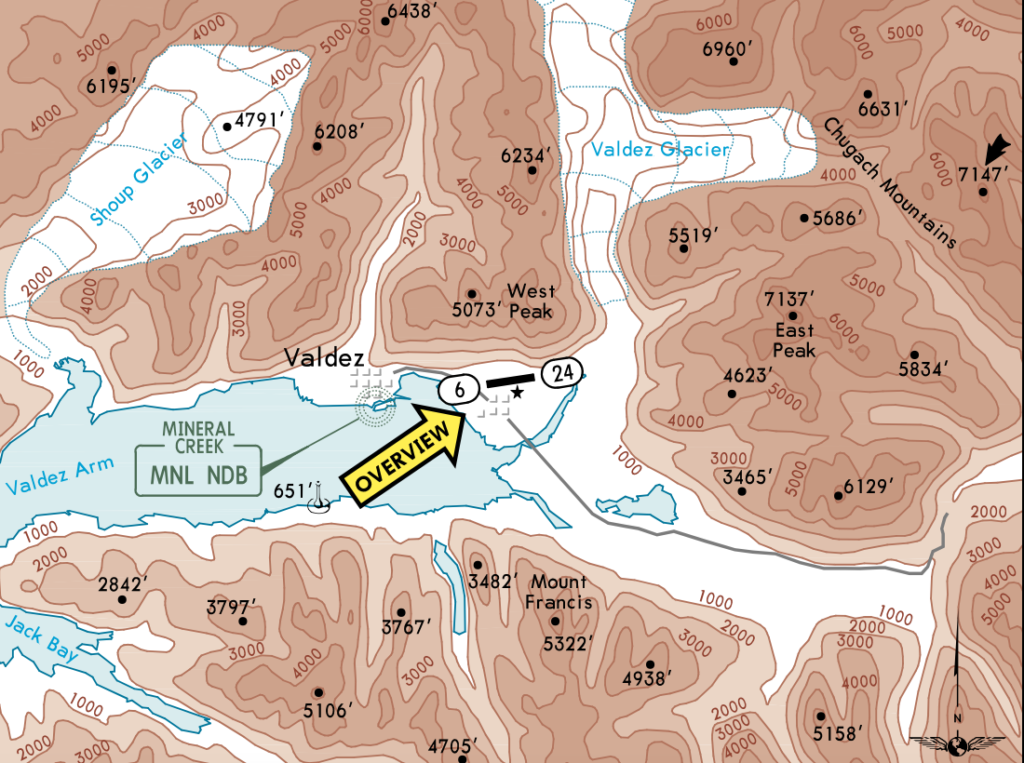 A definite ‘try before you fly’ airport.

The westerly route options from Alaska to Asia.

With Russian airspace now off limits for many operators, aircraft attempting to route westbound from the US (via Alaska) are most likely going to have to take a more southeasterly route initially, bringing them over Japan before routing further into Asia. Past Japan, another southern dogleg (albeit it smaller) is needed to avoid North Korean airspace as well.

The following airport has been recommended by other operators:

The direct distance between PADK/Adak and RJCC/New Chitose is approximately 3,300km 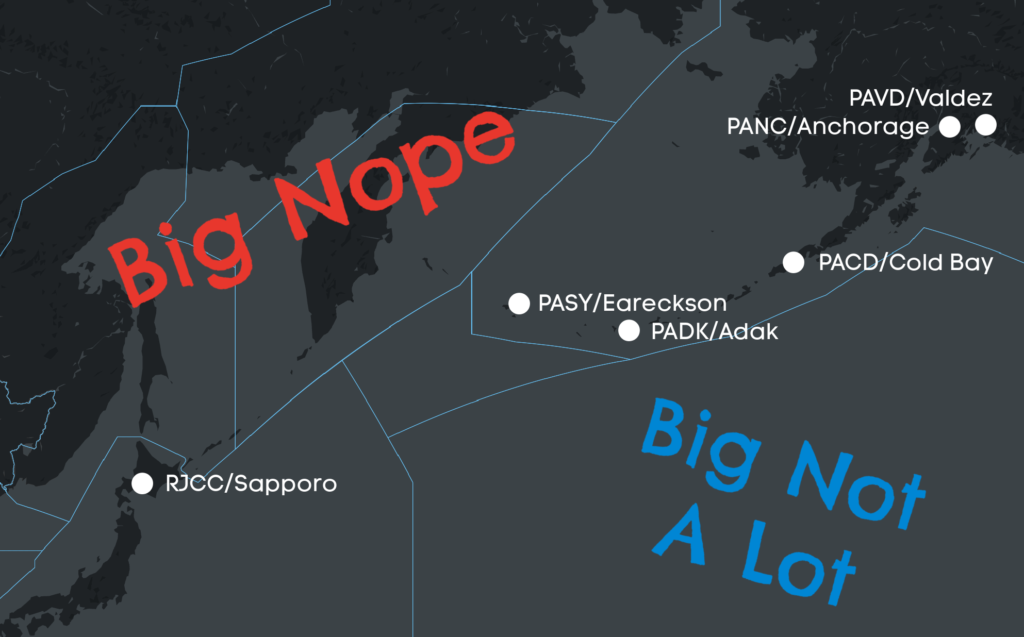 The Don’t Go area vs the Nowhere to Go area

For the pilots and planners

Range, suitability and availability are all going to be a bit of a problem with routes heading this direction. Considerations on weather conditions are probably one of the major things to think about. Your only real option if you need fuel or tech support is Adak airport and then onto Sapporo, depending on aircraft range.

There are limited options available to you if you have an emergency. Plan, prepare and monitor.

The full list of airports we’ve heard suggested are as follows:

If you are operating westbound and have been impacted by the Russian airspace bans, let us know what airports you considered at team@ops.group