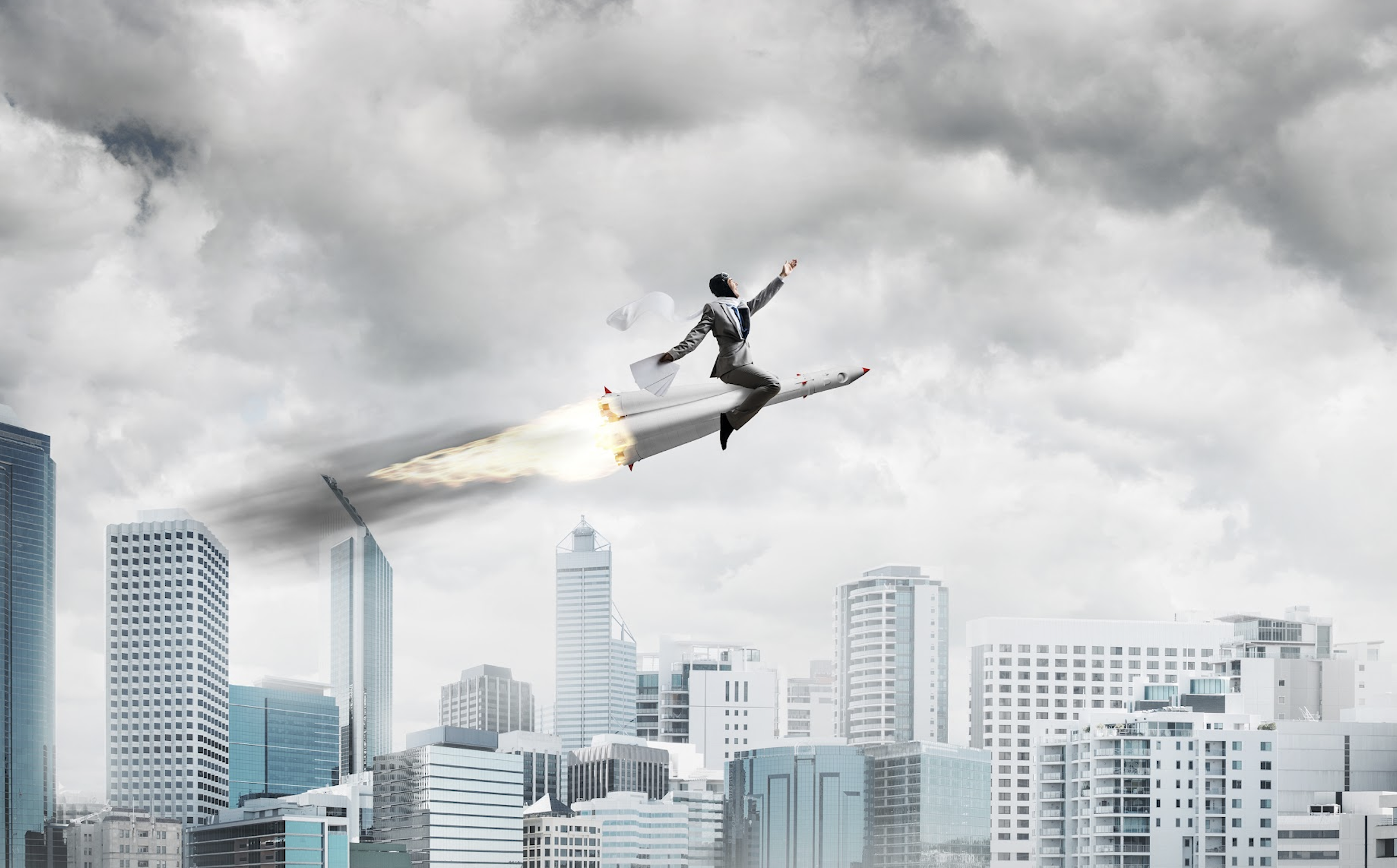 
On November 16 the Arianespace Vega rocket, otherwise known as VV20, will be launched from French Guiana.

The rocket will carry some Ceres satellites for the French military into space.

Will the launch affect aviation?

The Guiana Space Centre, also known as Europe Spaceport is a French (and rest of Europe) launch site. 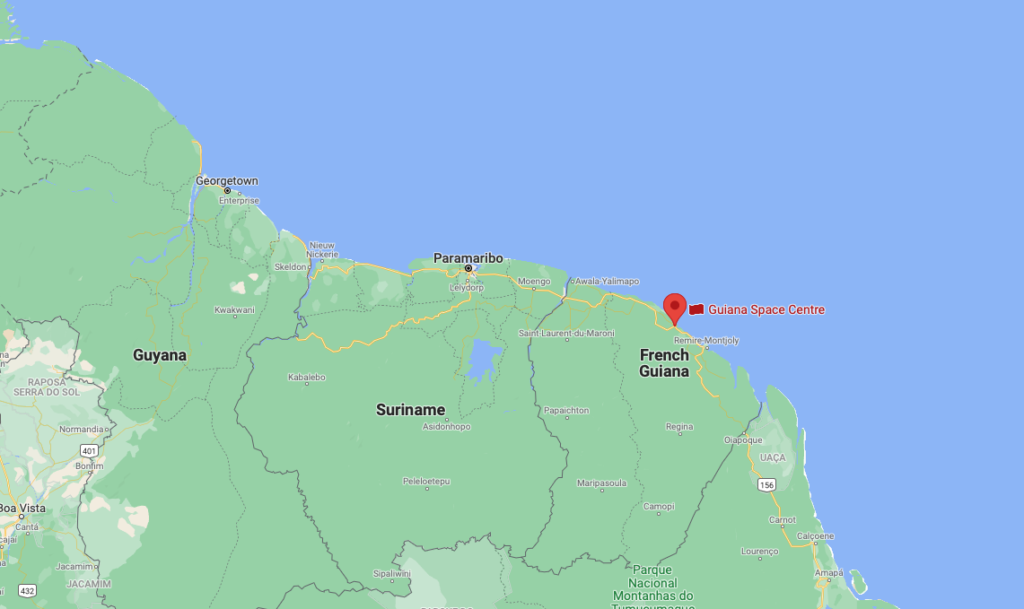 To give some worldwide context.

So if you are flying into SOCA/Cayenne or SMJO/Paramaribo airports (or any of the smaller domestic ones around there) on that day you might want to watch out for some prohibited airspace around the Space Center.

You can read more about the space centre, and this upcoming mission, on the Space Center website, and if you are in the area go check it out or even watch the launch.

But in general, the actual going-up-of-the-rocket is not the issue. It is the bits that come down again that are.

Where are the bits going to come down?

The launch has a northbound trajectory and as the third stage detaches, debris from this is expected to fall somewhere in the ENOB/Bodø or the BIRD/Reykjavik Oceanic FIRs – both of which are of course part of the North Atlantic region where a fair amount of of traffic often tends to be.

The latitude is from around 70°50N to 74°10N so is unlikely to impact the NAT HLA organised track system, but may impact some random route or polar flights.

So there will be a restricted bit of airspace, and by restricted we mean traffic totally forbidden.

Here is a picture of it – 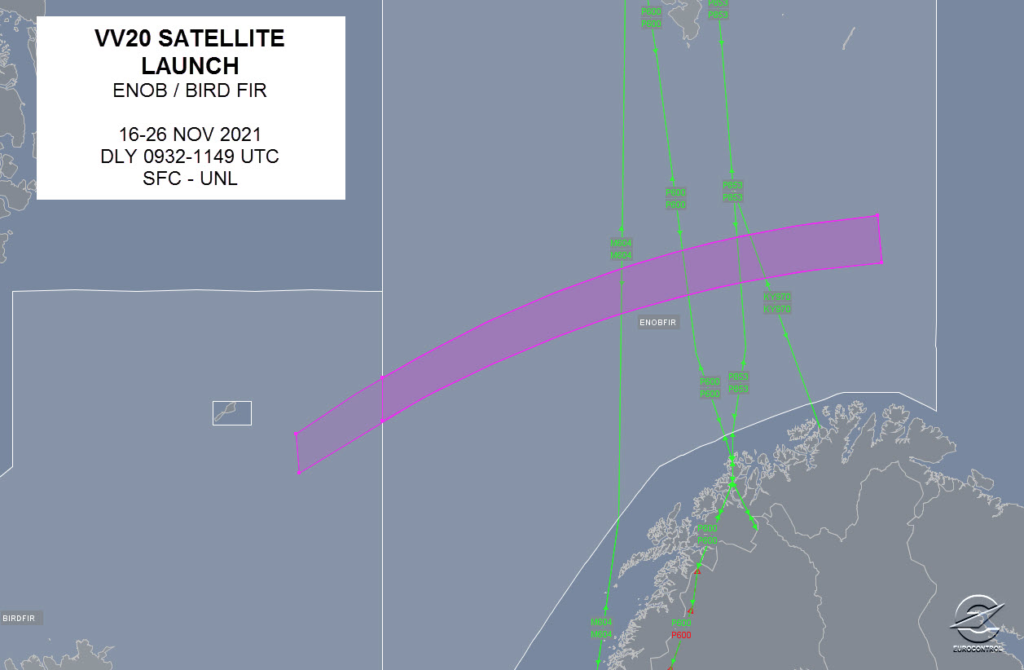 And to put that into better context, here it is superimposed on a larger area of map. 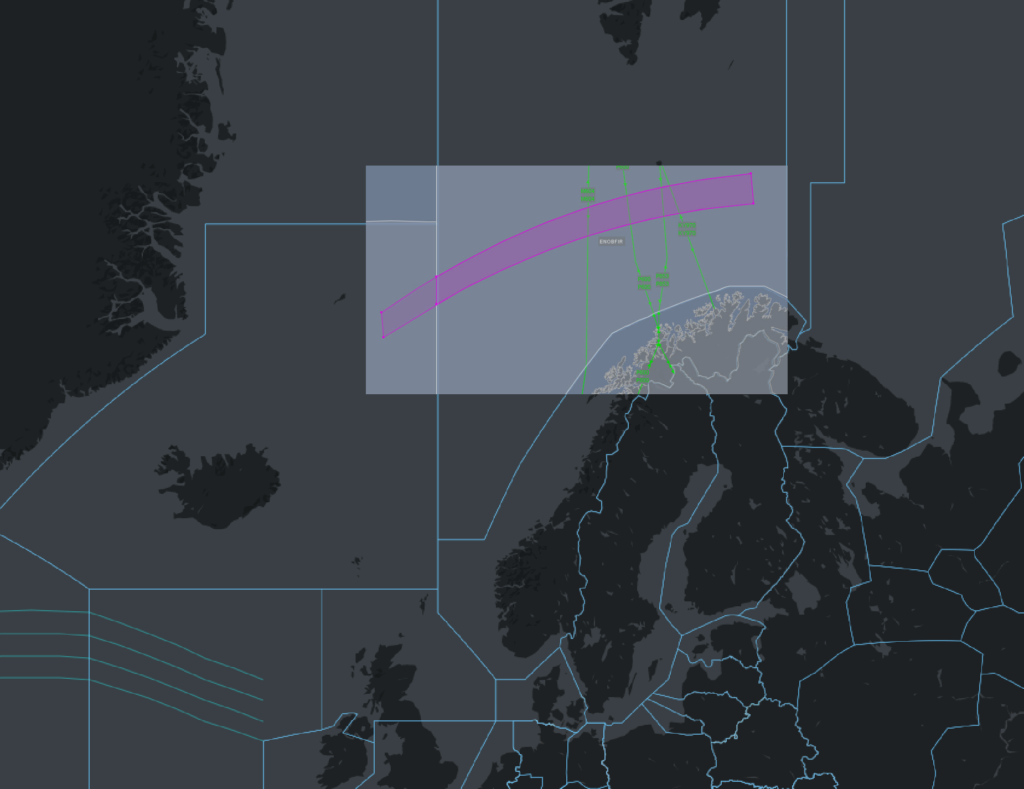 Eurocontrol’s map on top of another map.

When will it happen?

The timings of the airspace restriction will be confirmed in Notam via the Norwegian NOTAM office. For now, ENOB Notam A4648/21 has the info.

What is the overall operational impact likely to be?

It is likely to be low. It is a short window and a narrow area of airspace that is expected to be impacted, but caution should be applied if you are operating in that region during those times.

Here’s an article we wrote before looking at the impact of space travel on ground based aviation.