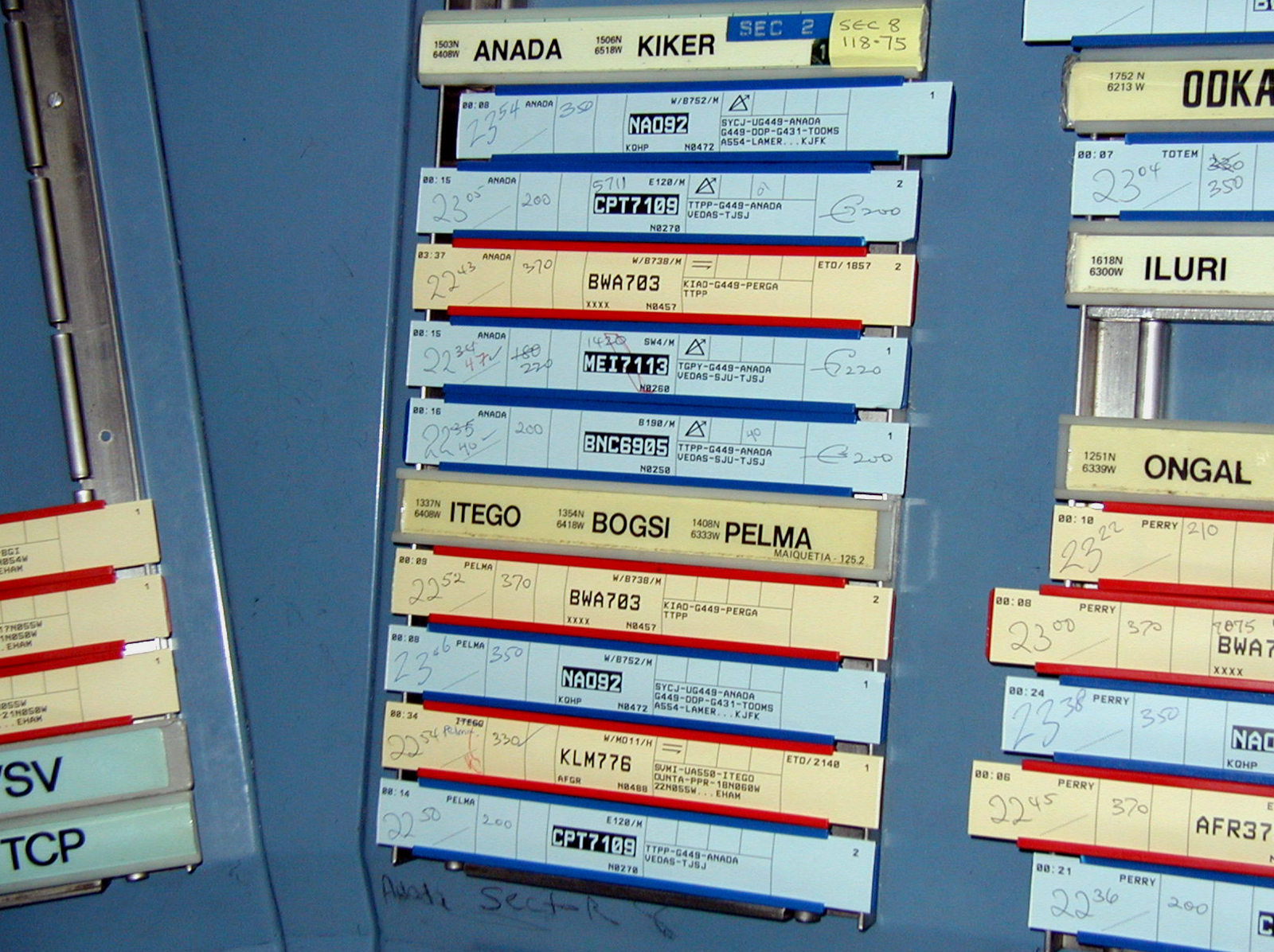 
You’ll see lots of new acronyms being bandied about, like ERATO, EEE, a new DSNA ATM system in LFBB in accordance with SESAR … but in simple terms (our favourite words): France is changing from using paper strips to electronic strips for separating enroute aircraft, from November 17th, 2016.

Since more or less day one of Air Traffic Control, paper has been used to record where the airplane is, and then placed somewhat geographically in relation to the other airplanes that might affect it. Changes are written on the strip by hand, with a pen.

Because getting rid of any paper whatsoever is the most important thing in the world right now, there is a new electronic version of the same thing (and France is calling theirs ‘ERATO‘). Which looks a little like this: 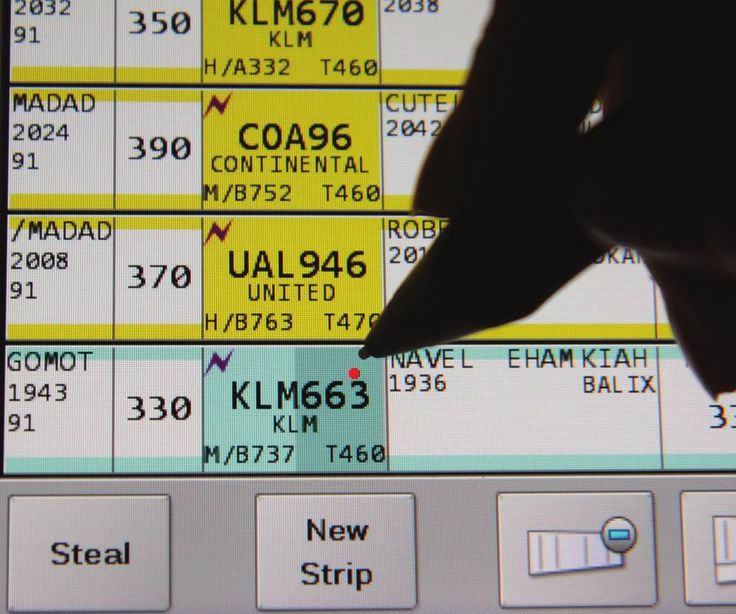 So, Bordeaux (LFBB) Center is first … starting today, November 17th. And because nobody is entirely sure how well this is all going to work, a whole bunch of traffic has to be rerouted away from Bordeaux, so that there aren’t too many aircraft per controller – both to allow them to learn, and in case it goes feet up.

Which means mass reroutes, and delays. There are contingency routes – which have become very familiar to operators after this years “Summer of Strikes” – the Tango Routes will be popular again.

Looking ahead, the plan calls for two weeks of fairly heavy reroutes, and then another two weeks of lower impact restrictions. They have said though, that normalisation won’t occur until after Christmas.

So, if you want some different options for getting around the Bordeaux FIR: 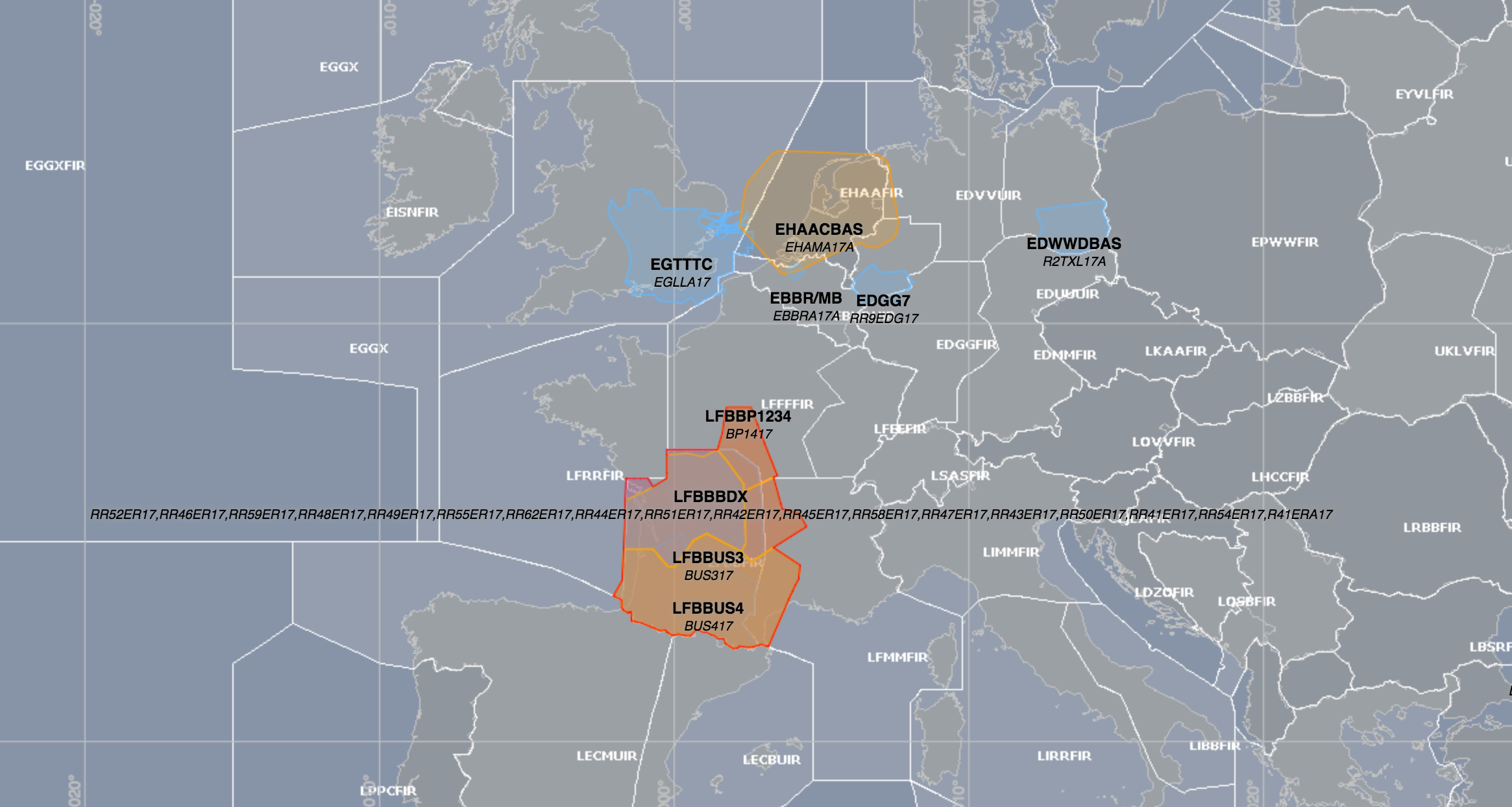 The transition from paper to paperless has been going on for a while: Shanwick went ‘electronic’ in the mid 1980’s: this is what the enroute controllers’ screen looked like. 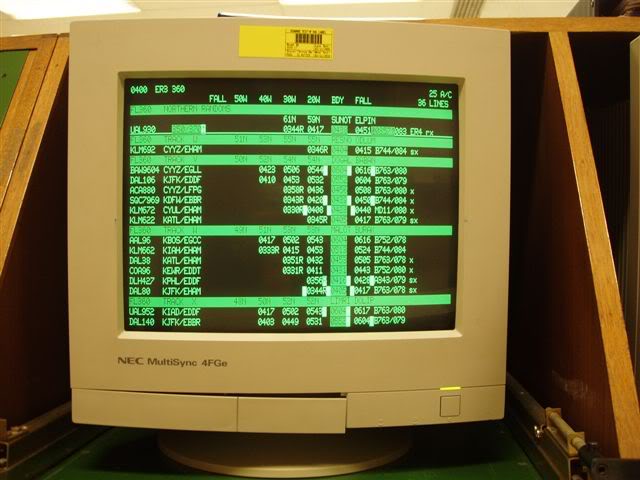 DSNA, France’s air navigation service provider, is carrying out an in-depth modernisation of its en-route air traffic management system to cope with the increase of air traffic in France.

The EEE programme based on a SESAR solution has been co-financed by the European Union. EEE provides a modern work environment and innovative control assistance tools.

Nevertheless, as a prelude to any major ATC system implementation, capacities have to be temporarily reduced to allow each air traffic controller to master in real time operations all the new capabilities.

Delays in the south-west of France are therefore to be expected during two weeks. No flight cancellations have been requested by DSNA.

To minimise the impact on flight punctuality, DSNA, has developed a transitioning plan in close cooperation with the Network Manager (Eurocontrol), neighbouring air navigation service providers, and the most affected airlines and airport operators.

Eurocontrol traffic simulations shown that for this transition period, up to 500 flights will need to be rerouted each day to avoid the airspace under the responsibility of Bordeaux ACC.

Moreover, military activities in high altitude training areas will be limited. Regional airports will be impacted along with all flights from or to Paris from the south.

ERATO2Maurice Georges, CEO of DSNA, said: “DSNA staff is totally mobilised with the implementation of this major project. I appreciate the efforts made by the entire aviation community to ensure a successful commissioning of the Electronic Environment ERATO in Bordeaux.

“The transitioning phase ahead of us relies on high predictability for all flights and trustworthy collaborative processes with our customers and partners”.
This major technological step will enable DSNA to deliver a high level of performance. Within the framework of the FABEC and in line with our Single European Sky commitments, DSNA will thus meet new challenges ahead for safe and sustainable air transport.”