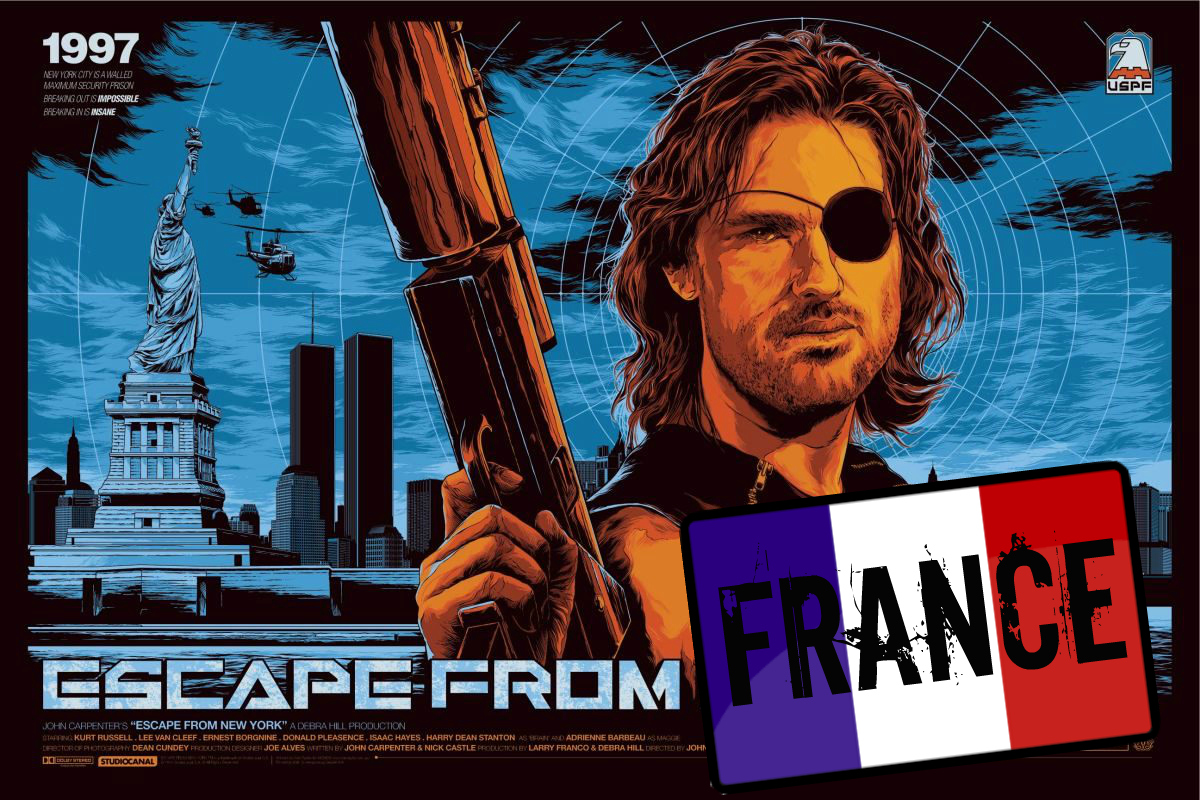 Update July 20th: Looks like this is not only happening in France, but some other EU countries too: we’ve had reports of the same procedure being required at some airports in Italy, Greece, and the Netherlands. If you have any further knowledge or recent experience to share, please let us know!

According to various reports we’ve had from Business Aviation aircrew and handlers, as of July 16, all aircraft departing specific French airports are now required to have completed a security search before departure, and to complete a form to be left with the handler. This applies to all aircraft unless the previous departure point was one of the following:

This new rule applies to all aircraft, no matter the country of registration or status (private, commercial or charter).

The security search is basically to check that no “prohibited articles” are on board (the usual things – guns, explosives, etc.). It’s common practice amongst airlines, but seems until now not to have been enforced as a rule for business aviation or private operations.

Once completed, this form must then be given to the ground handler, who will store it, in case the French authorities want to see it at some point.

So it seems that all EU countries should be implementing this new procedure, but so far only certain French airports have done so – the ones we know about so far are:

(Quite possibly the reason that it’s only French airports which have implemented the new procedure is that it was something that was cited in a French national audit conducted in Nov 2017!)

What about flights that have arrived from the United Kingdom ?
Answer – You won’t need to do the search, as the UK is still part of the EU… for now! We will wait and see what their status will be once the “Brexit” happens, but until then, no worries 🙂

If a flight is operating PART 135 Air Ambulance, would they be subject to this search as well ?
Answer – Yes, if they arrived in from somewhere other than those countries mentioned above. The procedure is linked to where the aircraft came from, not to the aircraft reg or its status (be it commercial, private, charter, cargo, air ambulance, quick-turn, night-stop, fuel stop, transit flight, etc).

What kind of info should be in the form?
Answer – This kind of info:
Flight Information: Flight number / Date / Aircraft Number / Airport of Origin / Airport of Destination
Aircraft Interior: Flight Deck / Storage Area in the Galleys / Lavatories / Catering Trolley and Containers / Seat Pockets / Area Under the Seats / Area Between Seats / Area Between Seats and Bulkheads/ Jump Seats / Trash Bins / Overhead compartments / Pax and Crew Storage Compartment.
Between 5 and 10% of the life vest bags are to be checked as well.
Aircraft Exterior: Aircraft Holds / Service Panels / Bays / Wheel Wells / Fuselage / Engines / AOG Spare in Hold
Search Information : The search must be performed by a member of the cockpit crew. The name of the Captain must appear on the form as well as the date and a place for him/her to sign the document.

You probably have a standard form in your OEM for something like this. But if not, then fear not! The good folks at Signature have provided us with a standard template. Click the image below to download! 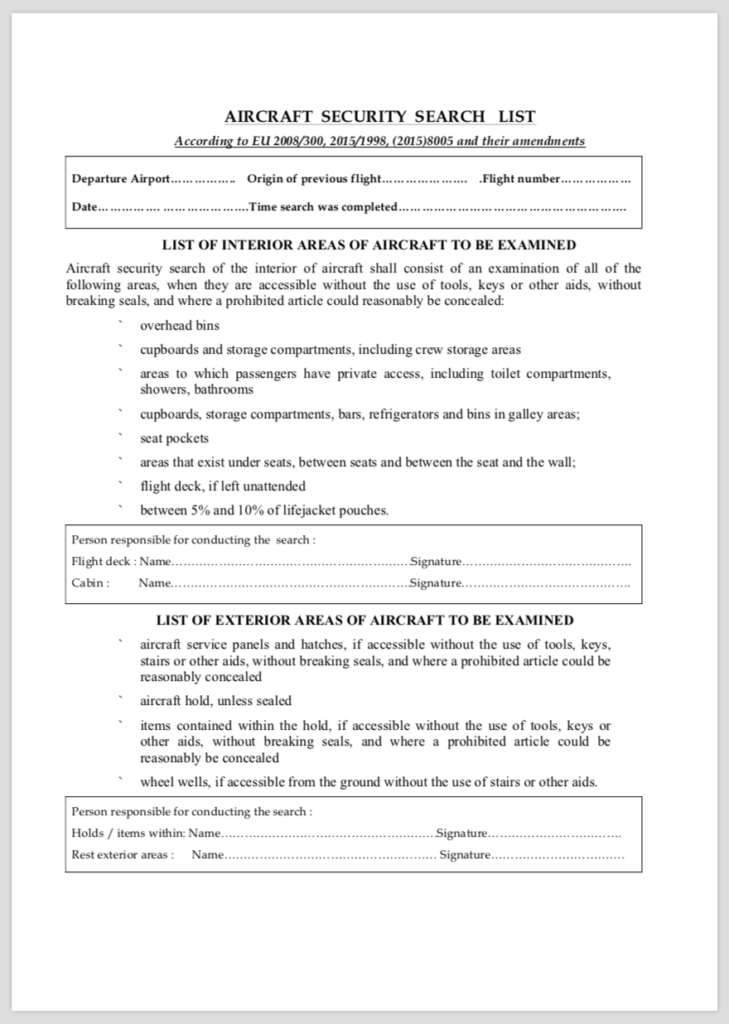 If you have any further knowledge or recent experience to share, please let us know!