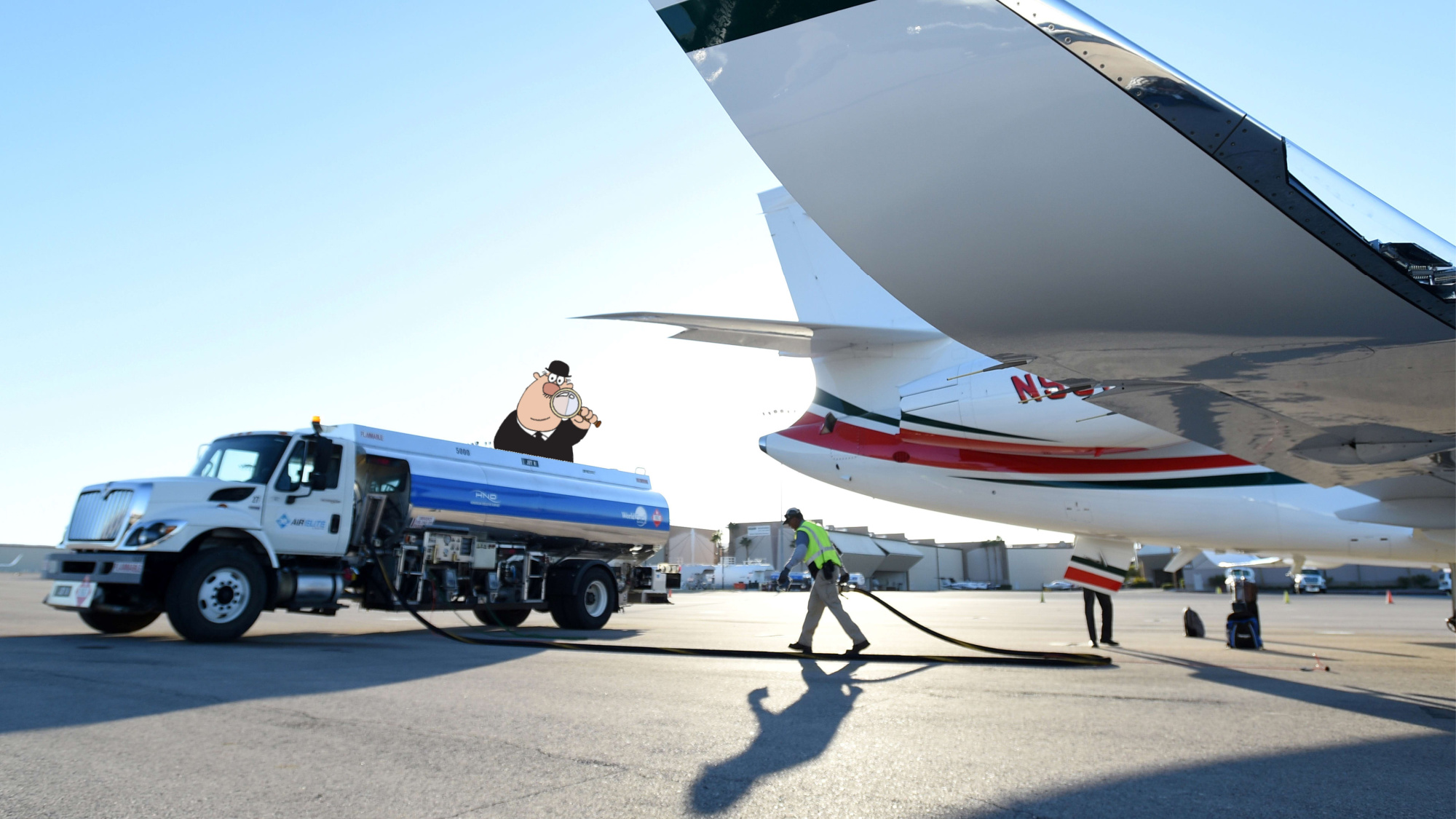 
We had a question sent in about “MOT’ and three things crossed my mind.

One – I need to get my car’s MOT booked, it is due really soon, thanks for reminding me (possibly something only UK folk will get).

Two – Do aircraft have to have MOTs? I don’t think they do.

What is MOT, and why do you need to know about it?

So, MOT (in aviation) stands for Mineral Oil Tax, which basically means a big tax on your fuel.

It is usually added to the fuel price so you’re paying it without knowing you’re paying it. The MOT can be as much as 43% of your fuel bill, so if you don’t know about it you might want to.

Good news though – you might be able to reclaim some of it.

Can I reclaim it?

The rules seems to be that if you are one of the following then yes, you probably can:

Some countries specify that you must be a ‘non-established aircraft operator’.

Great, I’m one of those. So where can I reclaim it?

Here is a handy table to give you some idea of where you might be able to: 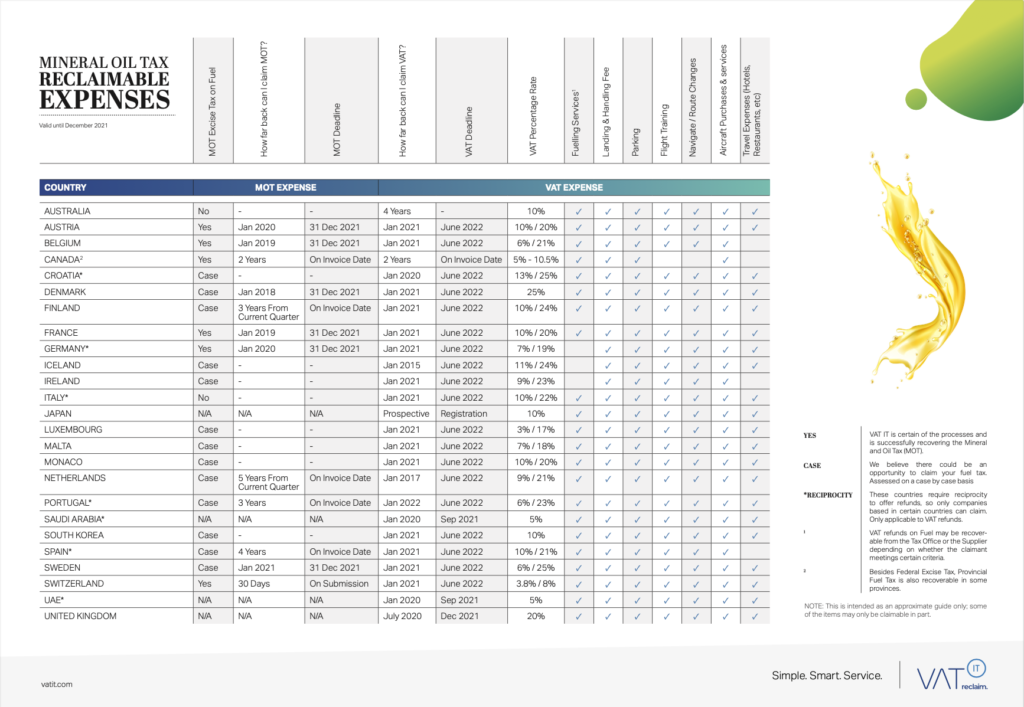 We nabbed this from VATIT, hope they don’t mind (it is out of date)

If I should be exempt can I just not pay it? 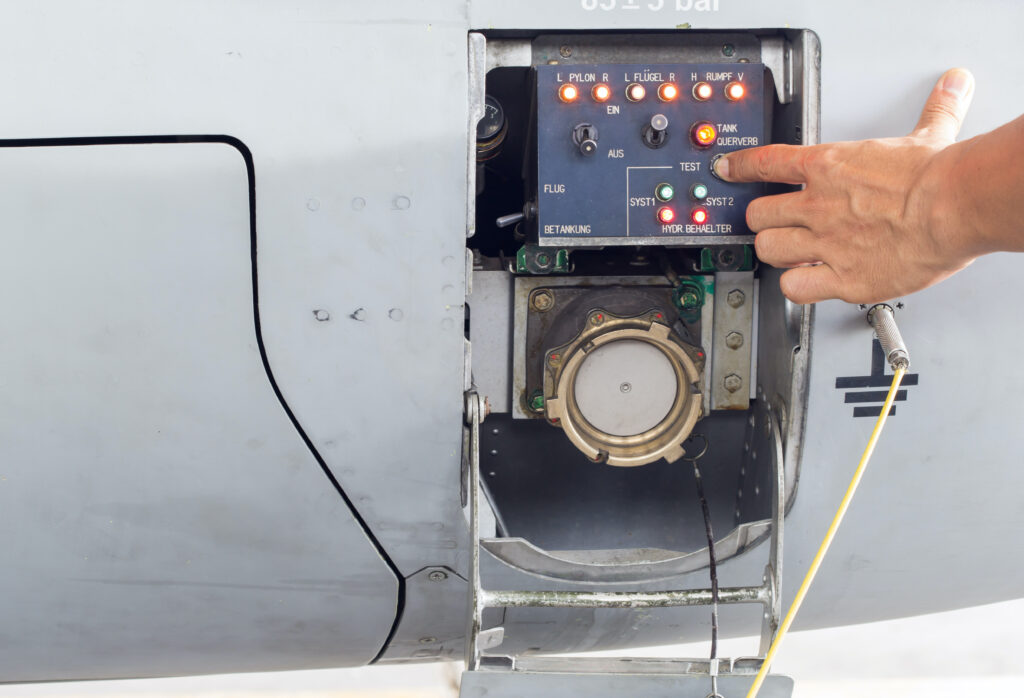 There he is, dialling in the tax code…

Tell me more about all this.

Well, that is actually all we really know on it.

The cost, as we said, is often added in at the fuel truck, and the rules for reclaiming it seem to be a little ‘uncoordinated’ (messy!) This is particularly the case, it seems, for France, Germany and Austria.

So much so that the EBAA wrote this very thorough guide on the legal impact of the ‘European Energy Taxation Directive on Business Aviation in Germany, France and Austria’.

In case the word ‘thorough’ put you off reading it, here’s our little, much less thorough summary of it:

There is a lot of info in the guide (we won’t try and re-write it all out) but it is definitely worth a read if you are running into difficulties reclaiming your MOT in any of these three spots.

The main issue in France

France won’t let you reclaim it if the passenger is also (directly or indirectly) the owner of the aircraft carrying them, but of course it isn’t that simple. What they define as ‘commercial’ is often confusing, and it gets even messier for charters.

The main issue in Germany

No-one is entirely sure how it is all applied in Germany, it seems to be really inconsistent and dependent on where you file your reclaim. It is also very complicated when it comes to corporate flights.

And it hasn’t been decided whether to apply it to training flights, maintenance flights or positioning flights…

The main issue in Austria

Austria apparently have the worst ‘burden of proof’ on the operator of any country.

Basically you have to disclose loads of information, including stuff about your passengers, which could breach any NDAs you have. So it might be worth highlighting this to them and saying “if we try and get you money off the fuel, we’re going to have to share loads of info about you, is that ok?”

OK, I know enough. How do I reclaim it?

You need to make sure you have your AOC to hand (to move you are worthy of exemption) along with the purchase invoice (showing the MOT levied) and fuel delivery notes (showing the correct aircraft registration, signed etc).

Some but not all countries allow for retrospective refunds which is why not paying it where possible is a better option. For those that do, you have to submit your claim to the local customs office (there isn’t a centralised claims office), and there are deadlines for this.

We shall. We discovered VATIT who have the title of “world leading expert in aviation tax” (self-titled). We got a lot of this info, including that rather handy table, off their site so reckon they might be the folk to talk to. Here’s their website, and here is a very useful post they wrote on Canadian Excise Duties on Fuel Bills if that’s something you want to find out about as well.

The EBAA posted the legal guide we mentioned above so also worth getting in touch with them if you have some specific questions or concerns.