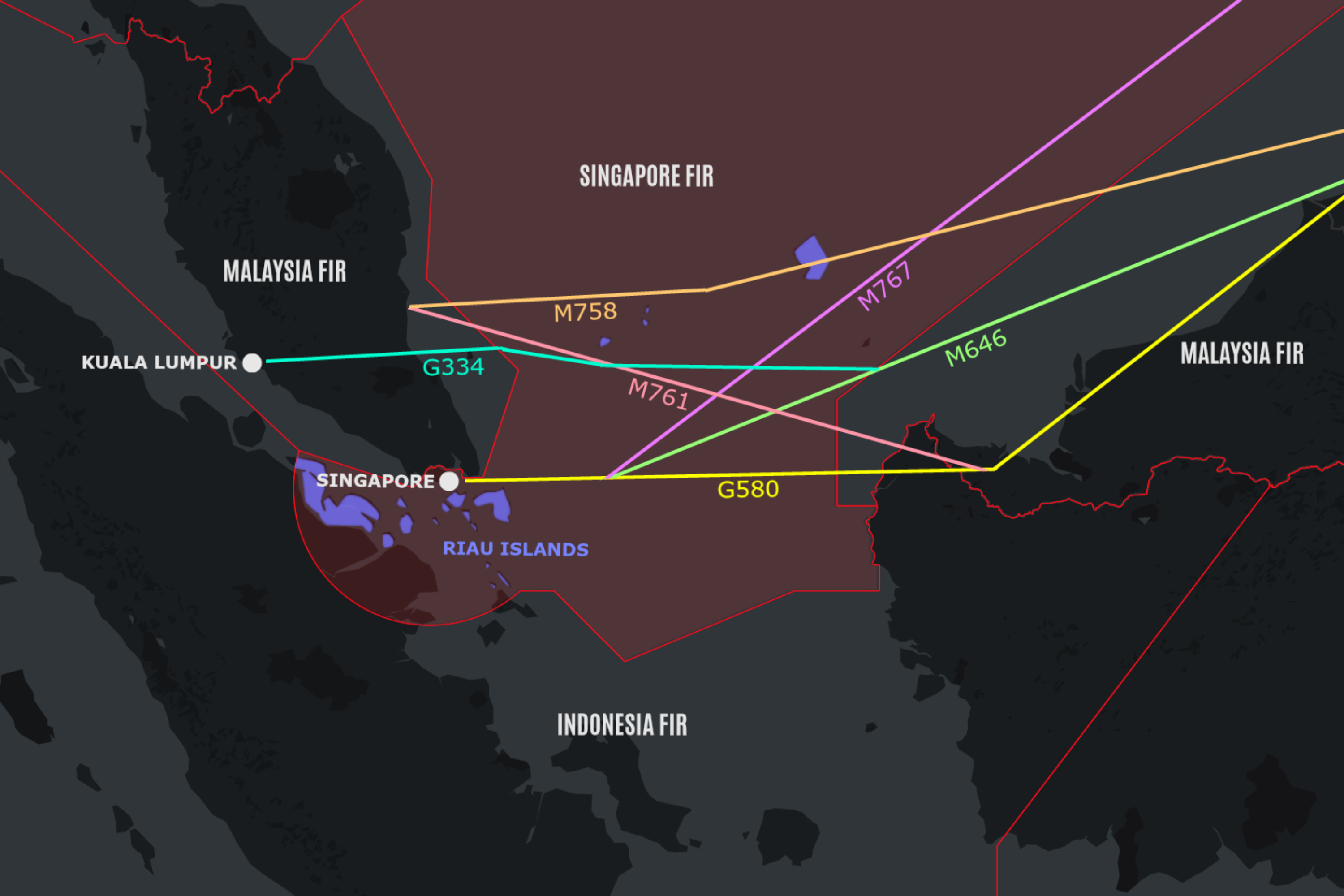 
If you are operating in the Singapore FIR, consider this carefully: you may be overflying Indonesia without knowing it. Indonesia will know though, and they want you to have an overflight permit.

You will find out in one of three ways:

2. and 3. are not cool, but 1. is something to avoid at all costs. The inside of military/police cells at outlying Indonesian Airports is not pretty. 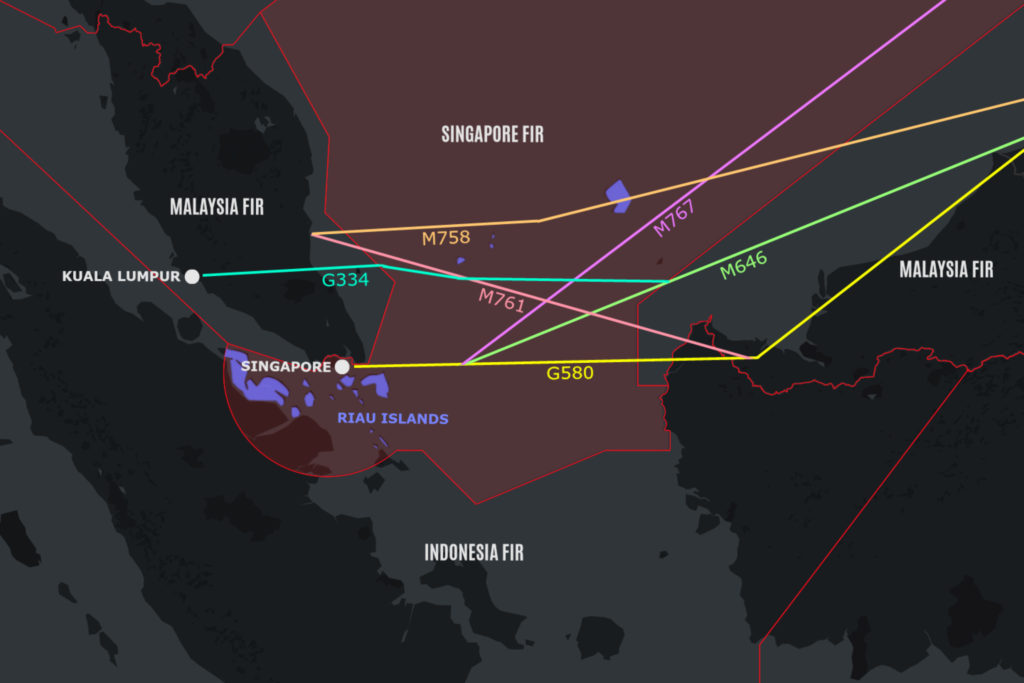 Indonesia has a reputation for excessively strict enforcement of permit rules.

On 14 Jan 2019, two Indonesian F-16s intercepted an Ethiopian Airlines cargo flight ETH3728 for flying across Indonesian airspace without permission. The aircraft was initially supposed to operate from HAAB/Addis Ababa to VHHH/Hong Kong, but was modified at the last minute to route via WSSS/Singapore instead, to make a delivery of Rolls-Royce Trent 1000 engines.

The Ethiopian Airlines aircraft was intercepted forced to land at WIDD/Batam Island – which lies right in the middle of the chunk of airspace controlled by Singapore. 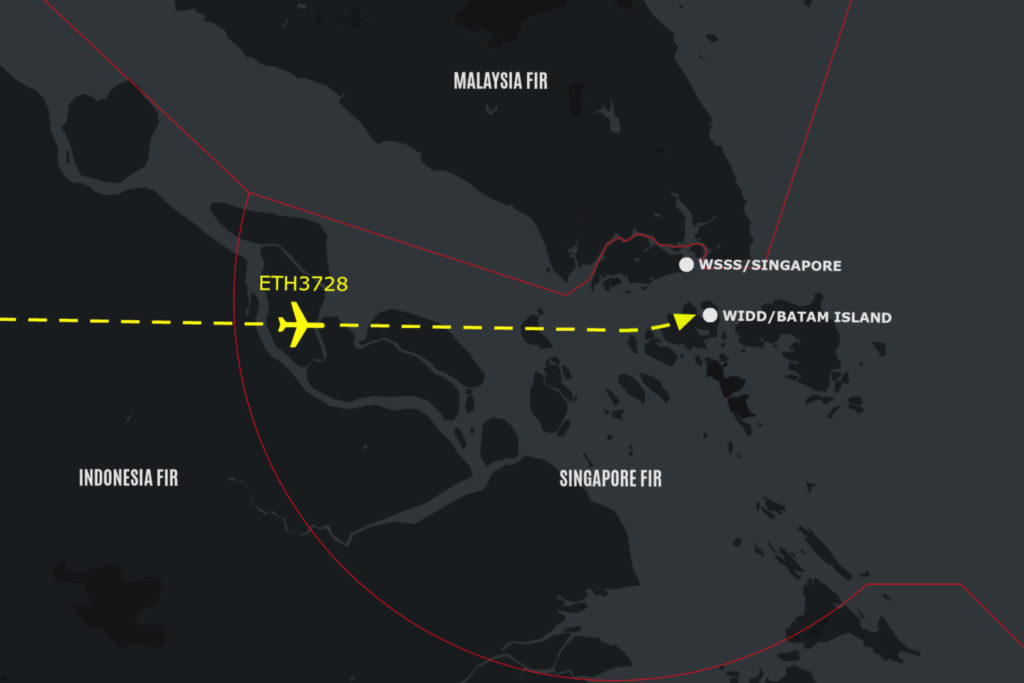 Another incident happened back in 2014, where a King Air plane en-route from WBGG/Kuching to WSSS/Singapore was intercepted by Indonesian fighter jets in the same airspace managed by Singapore, and forced to land at WIOO/Pontianak Airport in Indonesia. 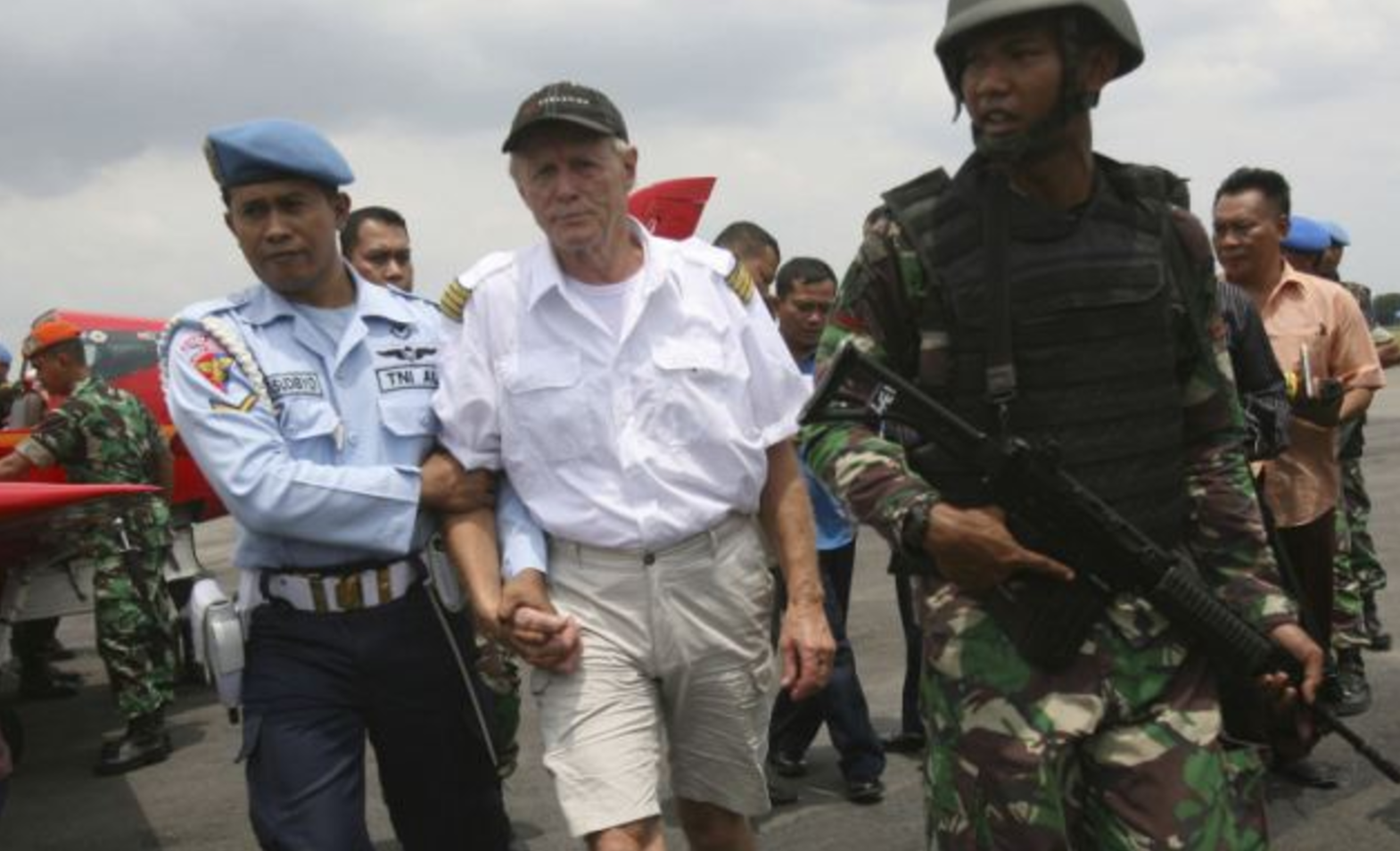 Indonesia still hasn’t updated its AIP, but the rules they enforce are clear: if you’re overflying any Indonesian territory, you must get an overflight permit, regardless of the flight level.

Here’s a nastygram to an OPSGROUP member, received in February 2017: 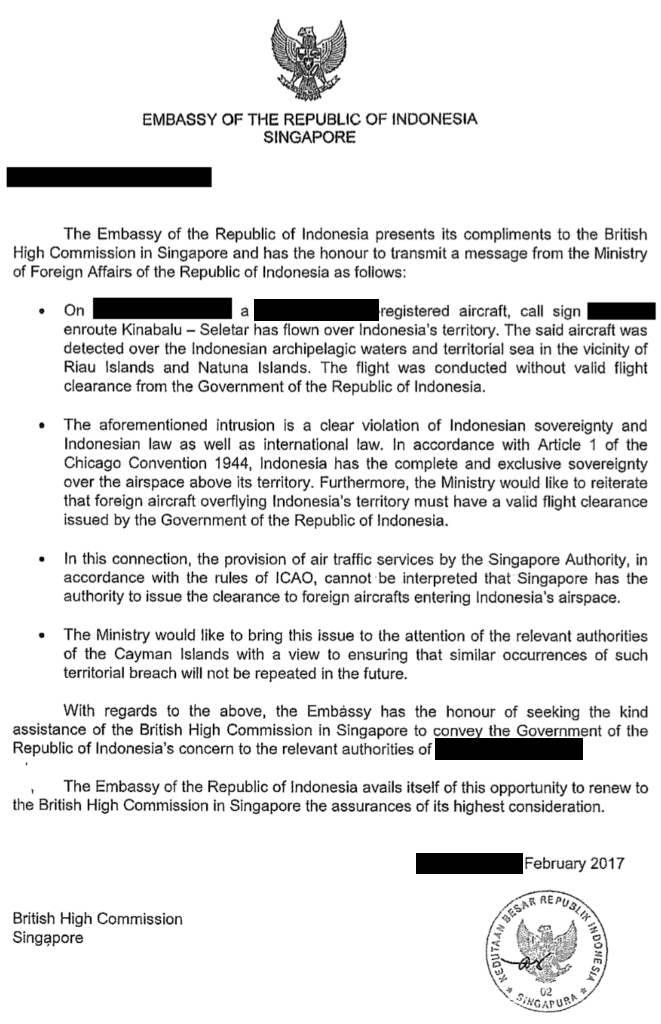 Bottom line: check your airways carefully, and make sure there are no Indonesian Island underneath. If there are, get a permit.