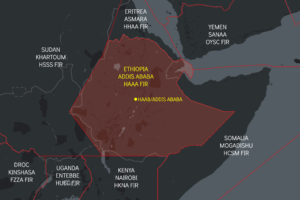 As of this morning, most controllers have returned to work. Some concessions made by ECAA. Addis ACC and TWR are again staffed with qualified controllers, so the safety situation, for now, is restored. However, 9 remain in jail. Returning controllers were forced to sign an ‘admission’ of illegal strike action in return for amnesty. IATA In Flight Broadcast Procedure requirement for Addis FIR remains in place, meaning you must broadcast on 126.9 as in other areas of concern in Africa. Further as we get it.

Last week we were one of the first to expose the attempted ATC Strike cover up by the Ethiopian Civil Aviation Authority.

As a reminder, untrained and uncertified foreign controllers, retired and local non-operational ATC personnel are being used to control air traffic over Ethiopia.

It is a catastrophic misjudgement, creating a safety risk in the Addis FIR and at Ethiopian Airports for pilots and passengers alike. 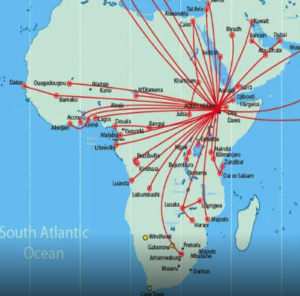 Here are some more updates since our last article:

The ECAA claims that “some” of the striking controllers have returned to work.

Major airlines and uninformed passengers continue to fly into and over Ethiopia and this continues to be a major safety risk.

Do you have more to add this story?  Please, let us know!