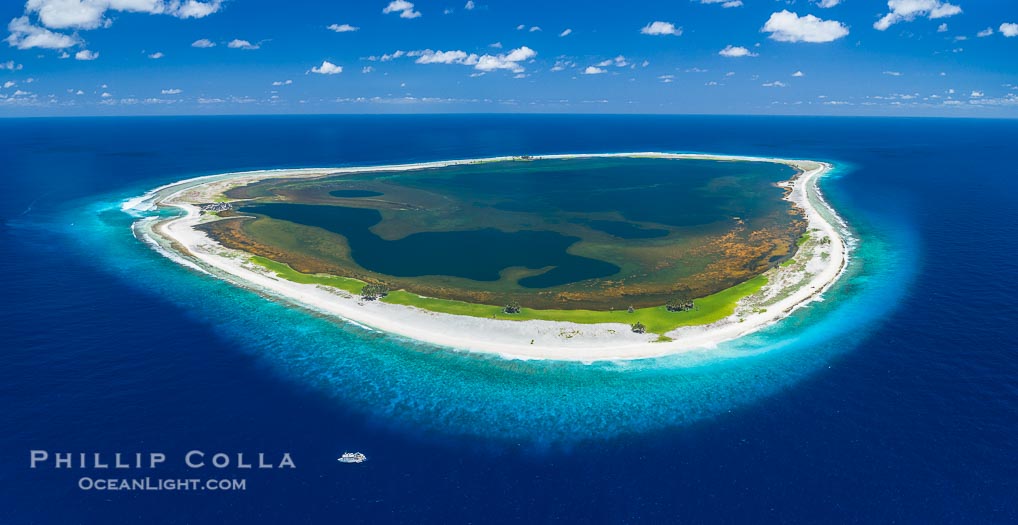 
Marisa Brook writes: ” For a tropical island, Clipperton doesn’t have very much going for it. The tiny, ring-shaped atoll lying 1,000 kilometres off the southwest coast of Mexico is covered in hard, pointy coral and a prodigious number of nasty little crabs. The wet season from May to October brings incessant and torrential rain, and for the rest of the year the island reeks of ammonia. The Pacific Ocean batters the island from all sides, picking away at the scab of land that rises abruptly from the seabed. A few coconut palms are virtually the only thing that the island boasts in the way of vegetation. Oh, and the sea all around is full of sharks. It isn’t much of a surprise that Clipperton Island is decidedly uninhabited.”

In 1967, according to an entry on Wikipedia, the Soviet Union launched a takeover bid for their airspace – the Clipperton Flight Information Region.

There are two anomalies here. First, the ratio between the island itself, and the airspace that is owns, is huge. Clipperton Island is 6 km2. The airspace is 1.8 million square kilometres.

Second, Clipperton Island lies – only just – outside the Clipperton FIR. In 1937, when a Radio Service was first provided here, the island was the closest to the chunk of airspace that it served, giving the airspace its name.

Business was good, for a while – Clipperton Oceanic provided a Flight Information and Weather service on HF to aircraft crossing the Pacific Routes. But, according to the (brief) “History of Clipperton Oceanic“, written by P.G. Welkins in 1971, :

Welkins also records the last transmission from the operators at Clipperton in 1958: 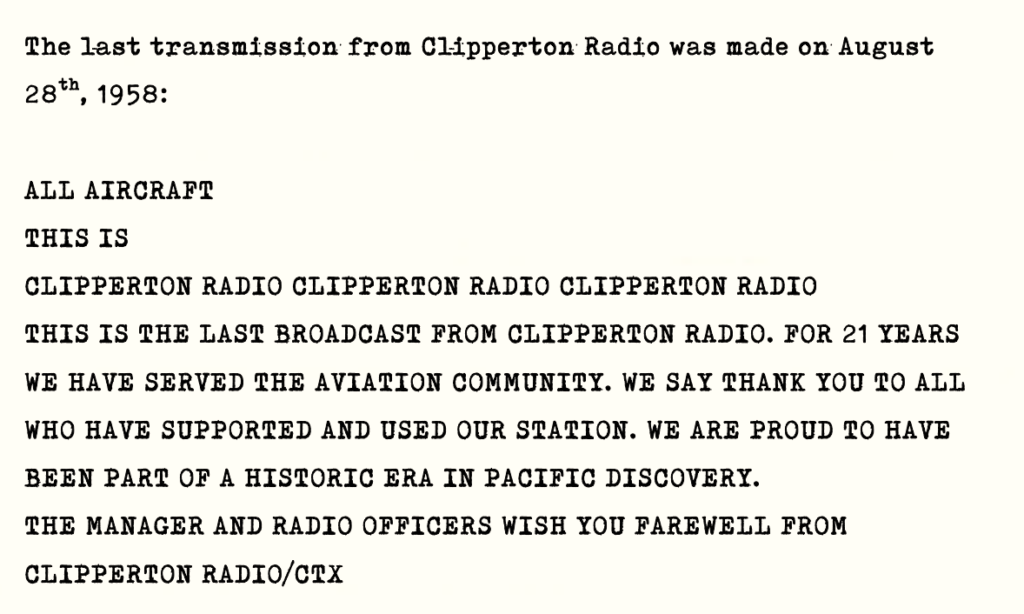 And there ends the aviation history of Clipperton Oceanic.

The island itself, though – has more to tell. It’s actually named after an English Pirate, John Clipperton – who in his activities attacking Spanish targets on the west coast of the Americas, used Clipperton Island as a base from which to stage his attacks and store loot and supplies, fortifying Clipperton Rock and expanding its cave network. That was just the start of a long and interesting history – for which it is well worth reading Marisa’s article in full. 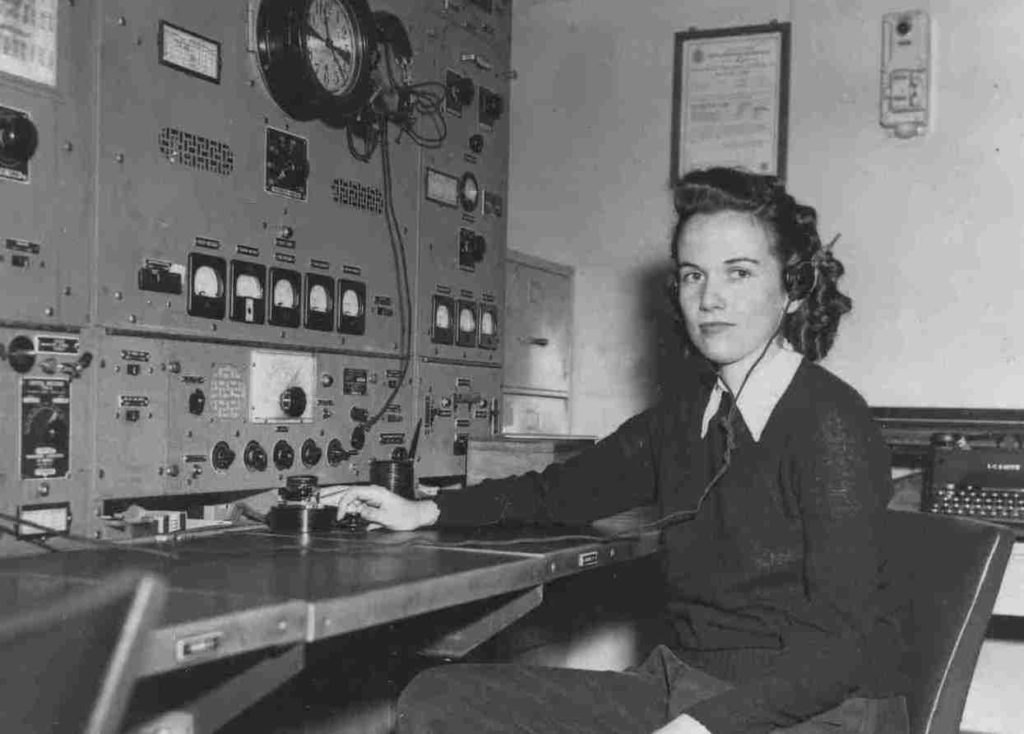