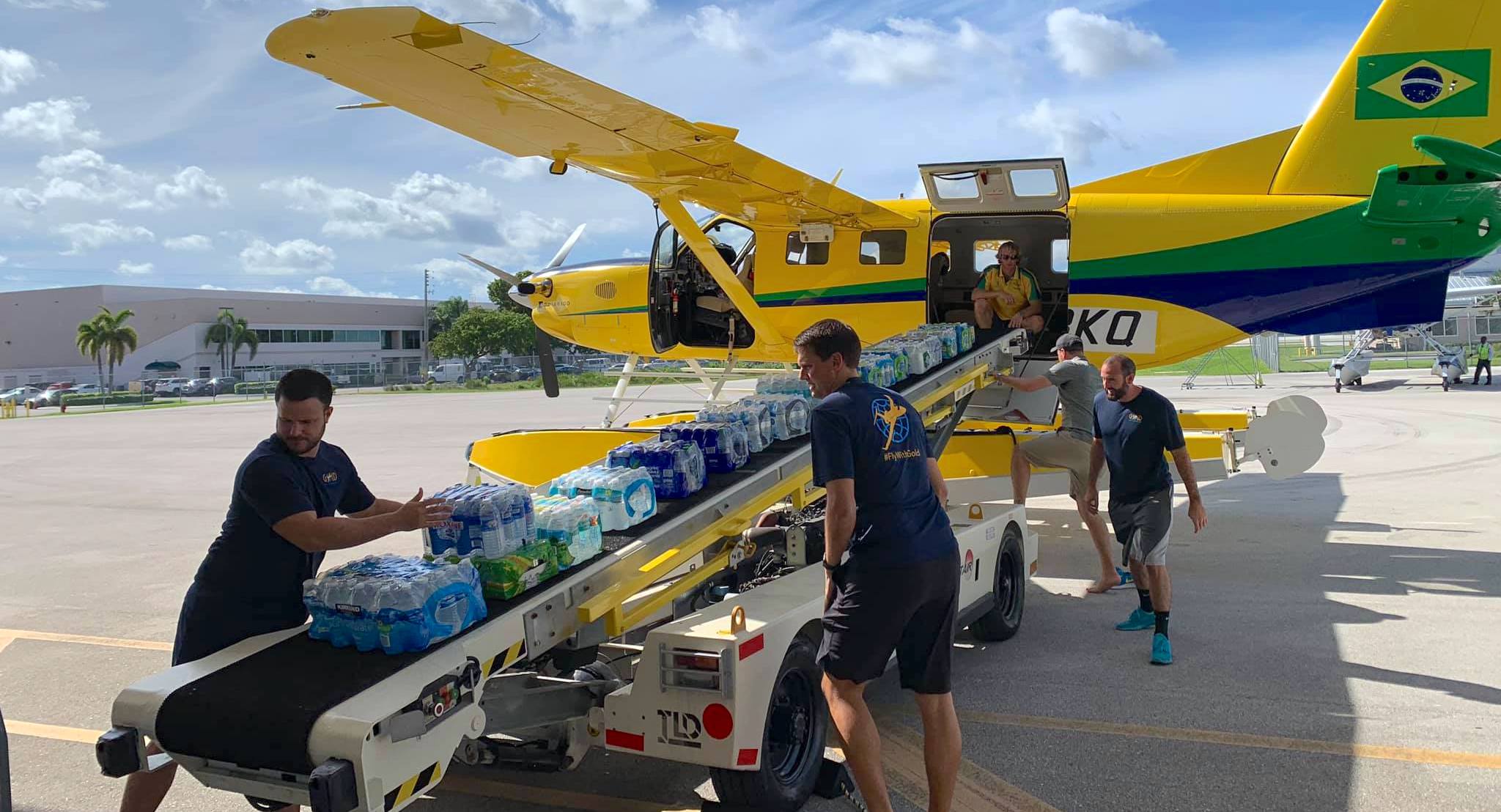 We’re standing down. The purpose of our involvement in the Bahamas Relief effort was twofold – to provide an accurate information flow from an aviation perspective, and to help coordinate in some way the massive amount of civil aircraft that started taking part last Thursday.

Once the winds had died down on Thursday morning, and it became safe for aircaft to start operations, what we initially saw was a void of information on the situation – which airports were available, and what the approval process from Bahamas CAA/NEMA was and how that worked. Nobody was quite sure. But hundreds wanted to help. So, we made contact with many of the pilots and operators, and Bahamas ATC, to get accurate status reports from Nassau, Freeport, Treasure Cay, Marsh Harbour, and Sandy Point – the five locations where the relief efforts were focused at the end of last week, and got that information out in a twice daily briefing. We also worked with the Bahamas CAA approvals team to get word out on how to apply, and what that process looked like.

The response from Business and General Aviation was overwhelming to say the least. Hundreds of flights were flown on Thursday and Friday bringing in much needed first-response supplies. The initial situation was challenging – airports had not been secured and there was a rush to get relief items arriving, creating an unsafe security situation for crews in some locations. Nonetheless, efforts continued. It quickly reached a saturation point. There was no ATC, and the entire Abaco area was on one Unicom frequency. Airports that normally have a few movements per hour were seeing in excess of 60 aircraft per hour at times. Some were operating without transponder and radio calls.

On Friday evening, it showed no sign of abating, and airspace safety was now the primary concern. We worked with AOPA and NBAA ATS in an effort to reduce the level of GA traffic, especially as larger aircraft were now coming on scene and could do more to help. Saturday proved to be another exceptionally busy day, and we coordinated with Miami Center to get routes in place to manage that flow of traffic, and get word out to use those routes. Freeport opened up, with limited ATC.

Finally, by Sunday afternoon, there was some respite in the traffic, and the picture of airport status was clear, but there was still a need for coordination among the many separate organizations, and individual operators, conducting relief flights. We worked with Odyssey, Aerobridge, Operation Airdrop, Banyan, numerous FBO’s, the US Coast Guard, and probably 150 individual pilots, all part of the flotilla of floatplanes, helicopters, business jets, and private aircraft helping to bring relief. At the same time, airlines and military were now providing larger aircraft for the mass evacuations from Abaco that we saw Sunday and Monday. The marine relief effort was even bigger.

Throughout, we were in contact with the NEMA coordinator, UN OCHA, Bahamas CAA and ATC – and later, NGO’s – who all did an exceptional job given the extreme circumstances. The geography of the Bahamas was the biggest challenge – scores of tiny Cay’s, and with bridges out and roads washed away, there were – and still are – many pockets of cut-off communities, all needing help.

On Thursday night I started a Facebook group to bring as much information into one place for the operators and pilots involved as we could. It’s been a tremendous success. Thanks to all the volunteers participating, we’ve had a steady stream of updated information on airports and airspace, and more importantly, we’ve been able to coordinate everything from Search and Rescue helilifts, flights for teams of Doctors, medication transport, evacuation flights, and determine very specific locations to bring aid to.

And now? The presence of the UN, the USAF, International Navy vessels, and upwards of 50 NGO’s, all at full tilt, means that the vast majority of relief efforts are being taken care of on a larger scale.

Make no mistake. The situation is still dire. People still need help, in a massive way. Whole towns are gone. The death toll is much higher than than the small numbers first reported. Individual flights can and will continue to make a difference. We’ll keep this group open and running, so you can post and share info. I and the OPSGROUP team will get back to work on what we normally do, but we’ll keep an eye here to help out where we can.

So – a big THANK YOU to every single one of you that has been part of this effort. None of us have slept much in the last five days, and it’s been heartwarming to see the massive generosity of time, effort, aircraft, pilots, and supplies, and help. Simply amazing. Much love to you all!