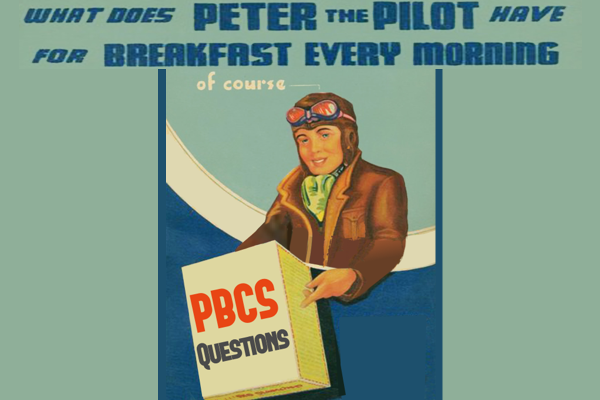 
PBCS has been an ongoing PITA for some time now. We wrote about it back in March. Here are the top three questions we’ve had on it since then – and now we finally have some answers!

Question 1: What happens if I still haven’t received my updated A056 LOA?

After the PBCS tracks were introduced in March 2018, the FAA published a Notice requiring all N-reg operators to update their A056 LOA authorization – regardless of whether or not they intended to fly these PBCS tracks. For private (Part 91) operators, the deadline to submit the application was 30th September 2018.

There was a barrage of applications, and the FAA still seem to have a bit of a backlog, as even now some operators have still not received their updated approvals.

The FAA’s unofficial policy is that as long as you have applied for a revised LOA, you can continue to use your old authorization after September 30th, while you wait for the new one to be issued.

Bottom line: This means you are allowed to keep flying in the North Atlantic, just not on the PBCS tracks.

Question 2: What about that problem with aircraft with Honeywell systems installed?

Back in March, a latency timer issue with certain Honeywell FMS systems meant that there were bunch of aircraft which weren’t able to get the PBCS approval.

In June, Honeywell issued a service bulletin fix for the issue, available at varying times for different aircraft. Since then, the FAA has been issuing the updated A056 LOA approvals to those aircraft with the Honeywell systems that reflect the new capabilities but the still don’t meet the PBCS requirement of RCP240 due to the latency timer issue.

Bottom line: Now those affected aircraft are able to receive the updated A056 LOA approvals, just with a PBCS restriction – meaning they can continue to operate in the North Atlantic, just not on the PBCS tracks.

Question 3: What the heck is PBCS anyway?

PBCS involves globally coordinated and accepted standards for Required Communication Performance (RCP) and Required Surveillance Performance (RSP), with the goal being to allow the application of reduced lateral and longitudinal separation to aircraft which meet the criteria.

To be PBCS compliant, you basically need CPDLC capable of RCP240 and ADS-C capable of RSP180; this effectively means having a 4 minute comms loop, and 3 minute position reporting.

PBCS has been implemented in various different chunks of airspace around the world, but most notably in the North Atlantic, where the three core daily NAT Tracks are assigned as PBCS tracks between FL350-390. To fly those, you will need to be PBCS compliant (read above) but also have RNP4 (the rest of the NAT only requires RNP10).

Feeling queasy? That’s okay, reading about PBCS makes us feel that way too. If you’re still hungry for more though, check out our recent article on all things PBCS!

More questions? Get in touch!