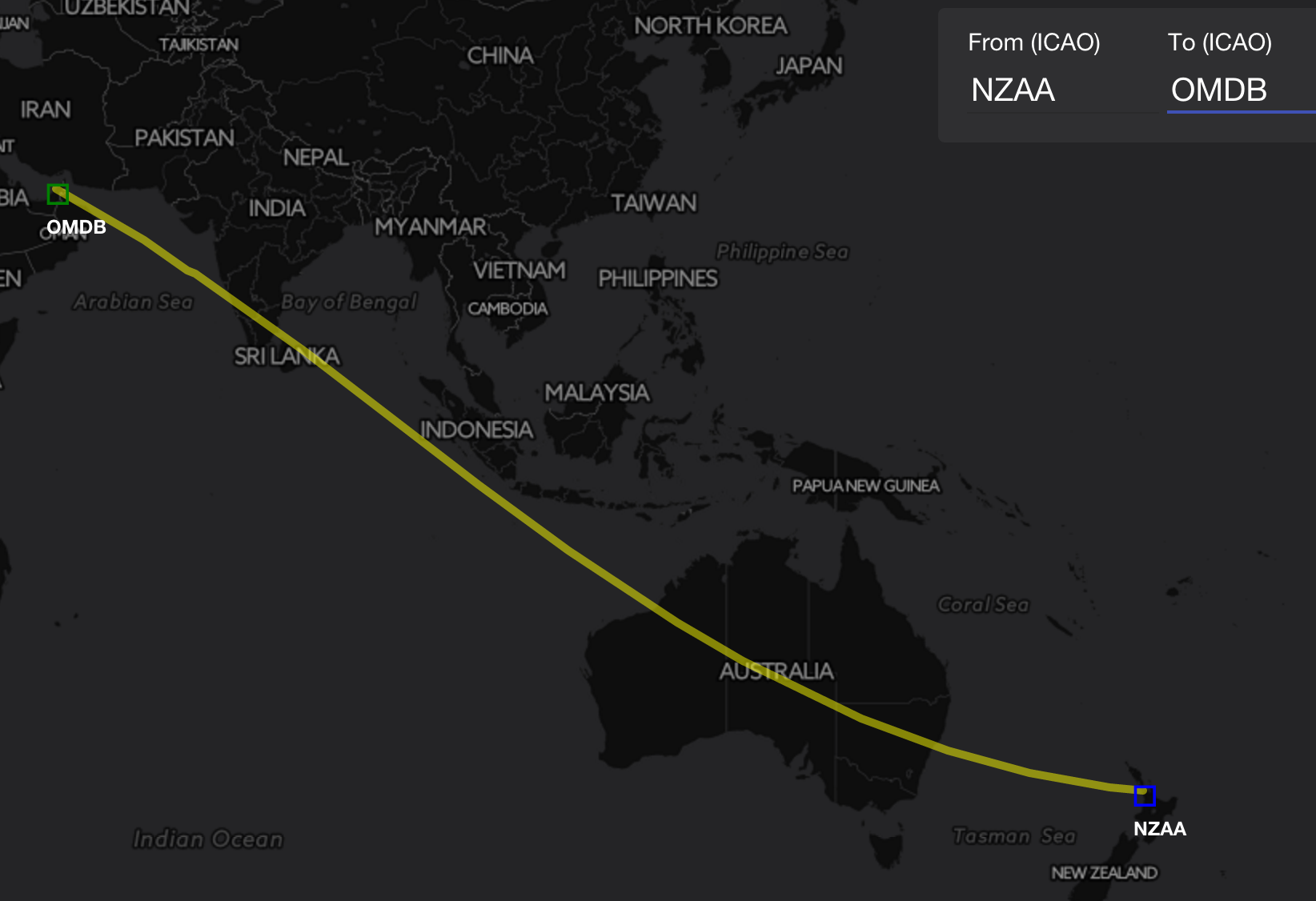 
So what is the longest scheduled air route in the world at the moment? If you said Panama-Dubai, you’d be right – but only for a few more days. As things stand, the PTY-DXB route, all 7463nm of it, takes on average 17 hrs 30.

With the introduction of the Boeing 787, the number of routes around the 7000nm mark is steadily increasing, to the point that we’re probably going to have to stop calling them “Ultra Long Haul Routes”. They are becoming the new norm. United are operating a SFO-SIN route with the 787-9 at 7339nm, and LAX-MEL at 6905nm.

From March 1st, the longest route in the world will become Auckland-Dubai, operated by Emirates with a B777-200LR. The leg distance is 7668nm, and westbound this will be around 17 hrs 15. Use of the AUSOTS Track System and extension of UPR’s (User Preferred Routes) into the New Zealand FIR has allowed this route to work, so that UAE can select the optimum wind routing for much more of the flight.