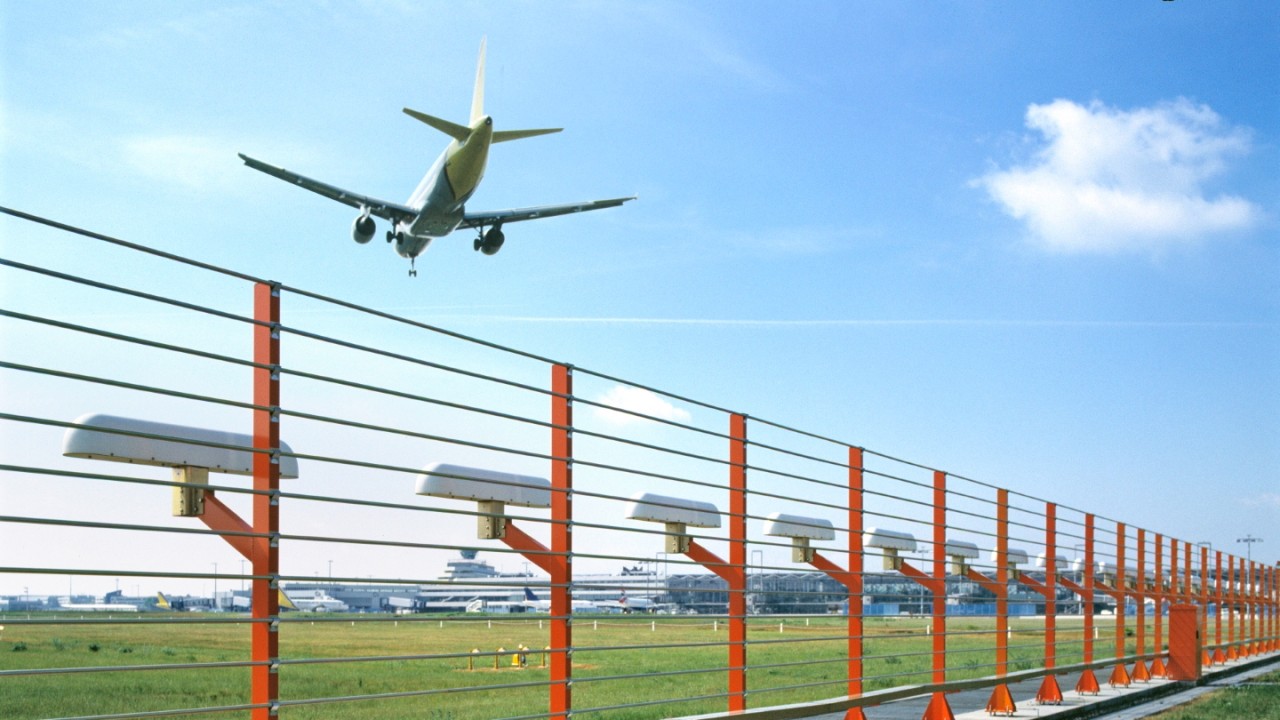 What’s the deal with GLS approaches?

What’s the deal with GLS approaches?


A new and reliable technology is being steadily introduced across the world that stands poised to eventually replace the humble ILS all together.

In fact it has already been rolled-out to well over one hundred major airports. It’s called GBAS, or Ground Based Augmentation System if you want to get fancy. And it enables pilots to fly GLS approaches – a different type of precision approach that can get you all the way down to CAT I minima.

From a pilot’s perspective, flying a GLS approach is pretty much identical to flying an ILS approach which is why hardly any extra training is required. But what is the actual difference? And why are GLS approaches arguably much better?

Believe it or not, it has been with us since the 1930s, and it hasn’t changed much since then. Put simply, technology is beginning to move on.

The conventional ILS has been around since the 1930s.

A conventional ILS uses a complicated array of antennas for each runway to broadcast two frequency lobes for both the localiser and the glide slope. Where the two meet in the middle is exactly where we want to be. Simples.

But the problem is that these antennas must be located close to the runway. Which means vehicles or other aircraft can easily interfere with the signal causing the ILS to fluctuate, and our fully coupled airplanes to suddenly or erratically deviate off-course.

These are known as critical areas and are usually only protected from interference during low visibility operations.

There are some other disadvantages too. The glideslope of an ILS cannot be easily adjusted which means when there is a displaced threshold, it cannot be used. The upkeep of all the equipment can also be expensive and time-consuming requiring multiple flight tests and calibrations.

So, in recent years, the industry began to look for something better and they found it – the GLS. 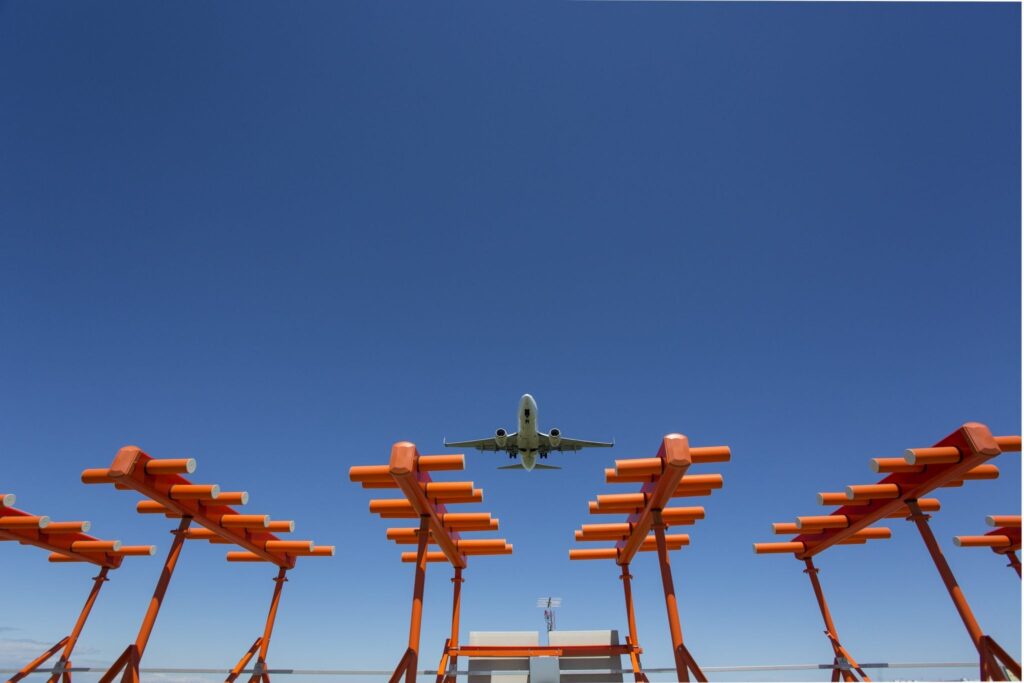 ILS approaches require complex arrays of localiser and glideslope antennas for each runway.

How does it work?

This ain’t no radio shack, so let’s keep things simple.

GLS stands for GBAS Landing System and uses equipment on the ground to augment or ‘enhance’ the accuracy of conventional GPS signals within 23nm of an airport, allowing aircraft to fly a precision approach. It is incredibly precise.

A GBAS landing system uses much less equipment than a conventional ILS – and there only needs to be one set up for all runways.

Essentially it consists of three things – a bunch of GPS antennas on the ground, a sophisticated computer and a VHF data antenna. That’s it. They don’t even need to be near a runway.

Here’s where things start to get a little tech-y. The GPS antennas receive signals from GPS satellites and measure how long they took to arrive. This is converted into a distance. The computer already knows the exact location of the antennas and exactly where the satellites are, and so it compares the calculated distance with the actual distance and voila, it can figure out the position error in the signal.

It takes an average of these errors across all antennas and sends a correction by VHF up to any GBAS capable aircraft which are tuned in. And hey presto, uber accuracy! In other words, the computer is constantly calculating errors in the GPS signal and fires off correction data twice a second to anyone up there who is in range and listening. 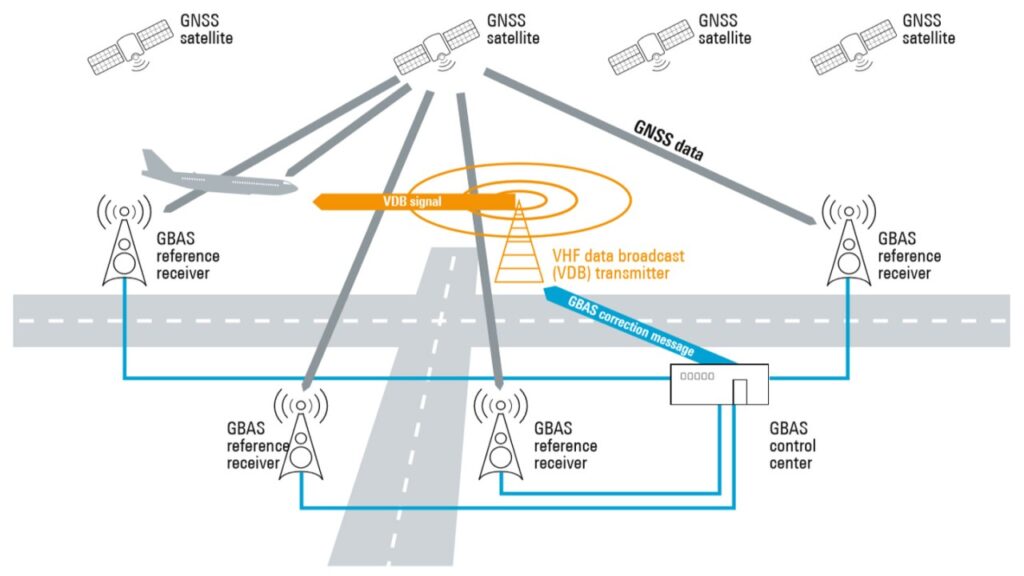 GBAS in action – GPS antennas, a computer and a VHF antenna.

This extremely accurate signal can be used to fly precision approaches. In the flight deck they are flown in the exact same way as an ILS. The only real difference is that the pilots are tuning a five-digit channel number, rather than a frequency. And they don’t need to worry about interference.

Just how accurate is GLS?

Very. It comfortably meets ICAO’s requirements for CAT I approaches i.e., 16m (52’)  laterally, and 4m (13’) vertically. But the majority of the time, the position error is less than a meter.

Okay so the tech is fancy. But what are the actual hard advantages to a conventional ILS?

Yep – not everyone has the right gear on board to be able to shoot a GLS approach. You’ll need GBAS capable avionics incorporated into a Multi-Mode Receiver for the magic to happen. While this is quickly becoming standard on airliners, this may not be the case in older aircraft.

As one GBAS system can hold up to 46 different GLS approaches it is important that pilots ensure they cross check that they have the correct procedure tuned. They can do that by cross checking the approach ID on the plate. 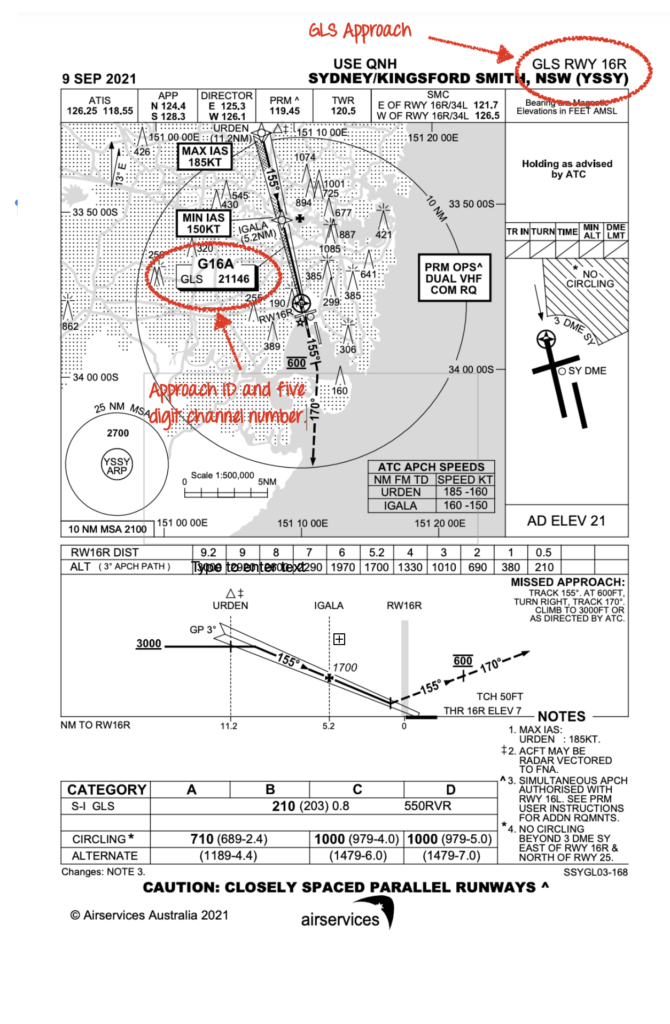 Be sure to cross check the approach ID and channel number to what you have put in the box.

Work is ongoing to produce a GBAS system so accurate that it will allow landings in zero visibility. Quite a lot still needs to happen to get to the technology to this level including improved integrity monitoring and robustness. But it will be on the scene in the not-too distant future. Watch this space.

If there is one thing aviation can’t get enough of, it’s acronyms. It can make you cross-eyed. So here are a couple of clarifications while we’re at it.

GBAS used to be called LAAS in the US – which stands for Local-area Augmentation System. GBAS is the new term, so don’t worry too much about LAAS.

WAAS is different – it stands for Wide Area Augmentation System. It’s beyond the scope of this article but works using satellites to enhance the accuracy of GPS signals over a much wider area – like the entire US NAS. Look out for an article on this tech soon.