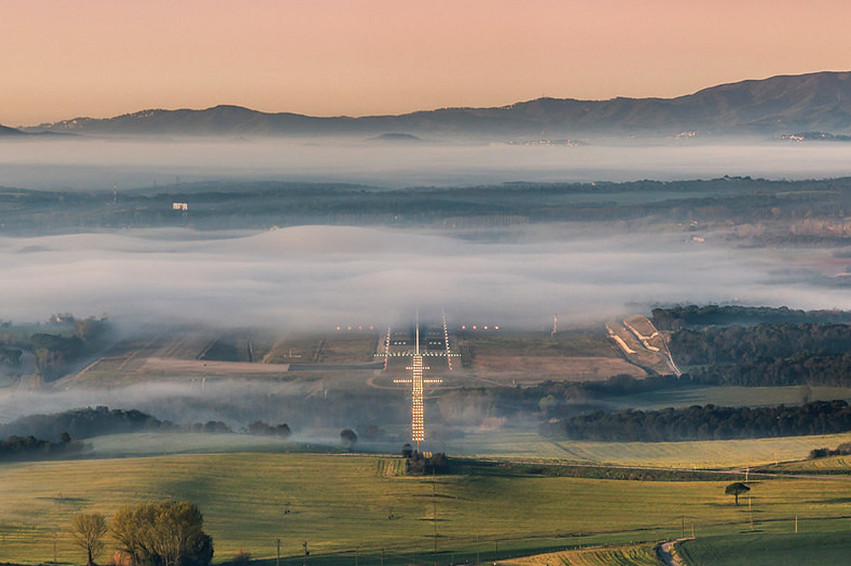 
On June 25 the UK’s current EGNOS working agreement comes to an end, and they are not renewing it. This means their access to EGNOS will stop – which means LPV approaches at UK airports will no longer be possible.

So let’s talk LPVs. What exactly are they? What on earth is EGNOS? And what has Brexit got to do with all of this?

What is an LPV approach?

If you read this and are thinking “That isn’t something I’ve ever flown” then you can probably stop reading (unless you’re interested in a bit of aviation geekery), because this probably won’t have much of an impact on you. If you do fly these, and fly them in the UK, then read on.

LPV means localizer performance with vertical guidance. It is a GPS based approach sort of like LNAV/VNAV but also, confusingly, sort of like an ILS.

So an LPV is an APV? Yes, and the point of this distinction is that it’s a lot cheaper, quicker and easier to implement than an ILS because there is a lot less paperwork involved, but it still offers “nearly” the same precision as an ILS – meaning you get down low if you need to.

You might also see the term SBAS used in the same breath. SBAS stands for satelitte-based augmentation system, and is a generic term for the use of geostationary satellites which broadcast augmenting information. 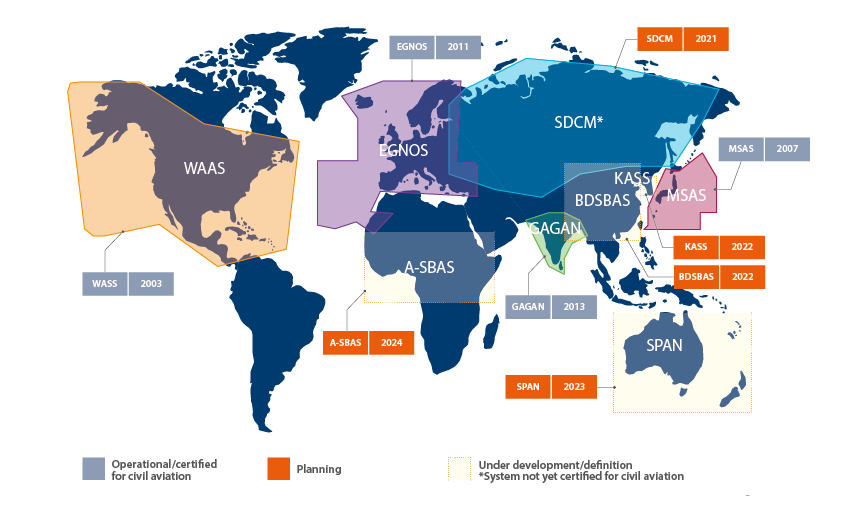 What uses what and where

That’s the basics, but how does it actually work?

They provide lateral and guidance down to a DA, just like an ILS. And just like an ILS, they get more sensitive the closer to the runway you get, which is what allows you to operate down to lower minimas than, say, your less sensitive LNAV option.

There are a few things you also need to know – first up, you need a special receiver on your plane for it (which is probably why a lot of folk are scratching their chins and wondering what on earth as LPV is).

Secondly, if you’re planning on using an airport without an ILS or some sort of ground based navaid as your alternate, then the FAA wants you to plan on LNAV minimas.

Well, because they get us nice and low so we can see the runway in not so nice weather.

They also use GPS, so the equipment you need is on your plane. An ILS needs a whole bunch of ground and plane equipment meaning there is a lot more that can fail on us. RNP and SBAS approaches are the future. 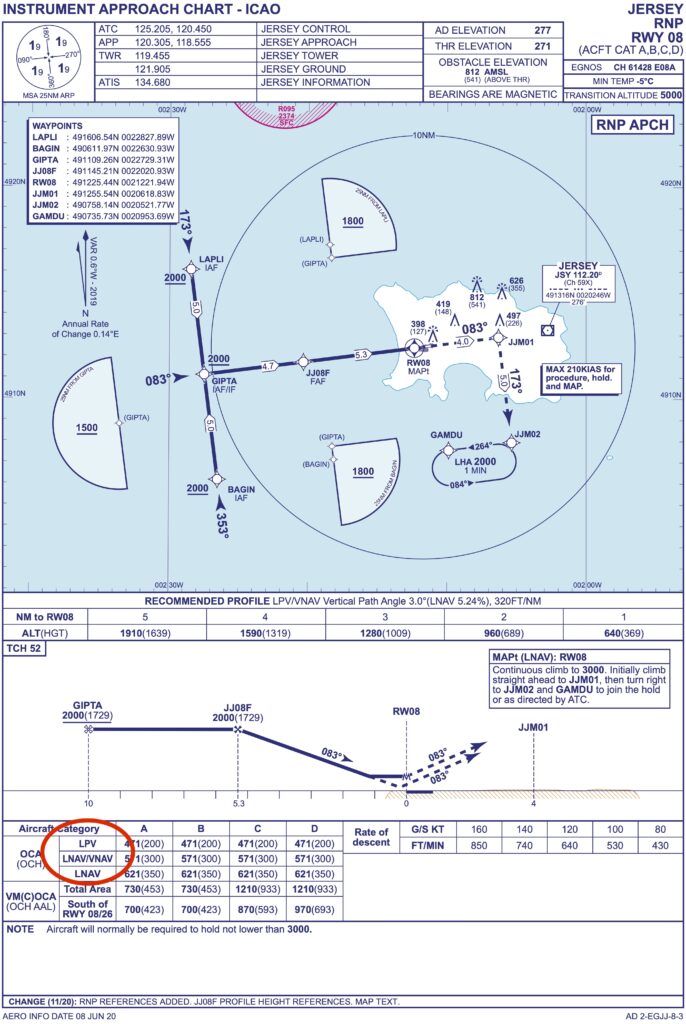 Okay, so what is EGNOS?

Not to be confused with the delicious Christmassy drink, EGNOS stands for ‘European Geostationary Navigation Overlay Service’. It is basically a bunch of European satellites, (actually just 3 out of the Galileo GNSS system, and a network of 30 referencing stations), that improves positioning measurements and gives much better accuracy than GPS alone.

In fact, it has 95% accuracy, which translates into the locating of a position to 1-3 meters horizontal accuracy, and between 2-4 meters vertical accuracy.

So EGNOS is what gives LPVs their precision.

Yep, we’re pretty bored of it now too. Brexit means the leaving of the UK from the EU. Not to be confused with Europe the continent – the UK is still part of that. But leave the EU it has, which means leaving all EU related programs including EGNOS (even though the UK’s NATS was one of the founders of EGNOS…)

Anyway, the EGNOS working agreements are not going to be renewed, so as of 25 June 2021, the UK will not longer participate in the EGNOS program and their LPV approaches will no longer have the accuracy assurance that EGNOS provided. 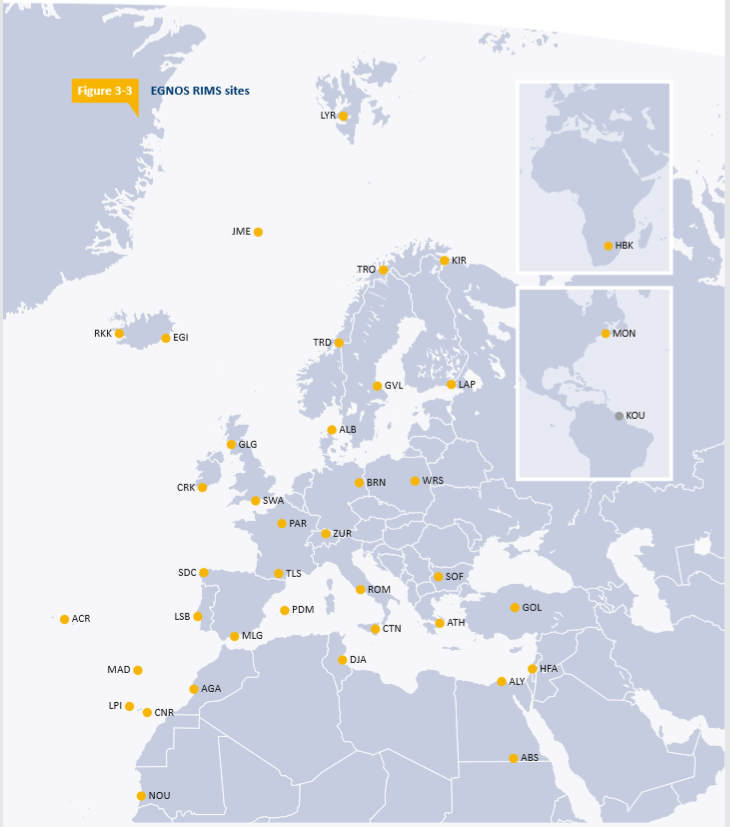 How many airports are affected?

The UK has 125 licensed aerodromes and out of these 69 have at least one instrument approach (surprisingly low given how miserable the weather often is in the UK.)

Anyway, ILS is still the most popular in the UK with 81 runways having an ILS approach available on them. Only 45 runways use LPVs and 20 of those have an ILS as well anyway, but that does leave a few airports where the other option is your old school, much higher minima non-precision approach.

Like poor old EGPL/Benbecula for example, which only has a VOR. A very old VOR which they are really hoping to retire. Or EGHE/St Mary’s which has a timed NDB… 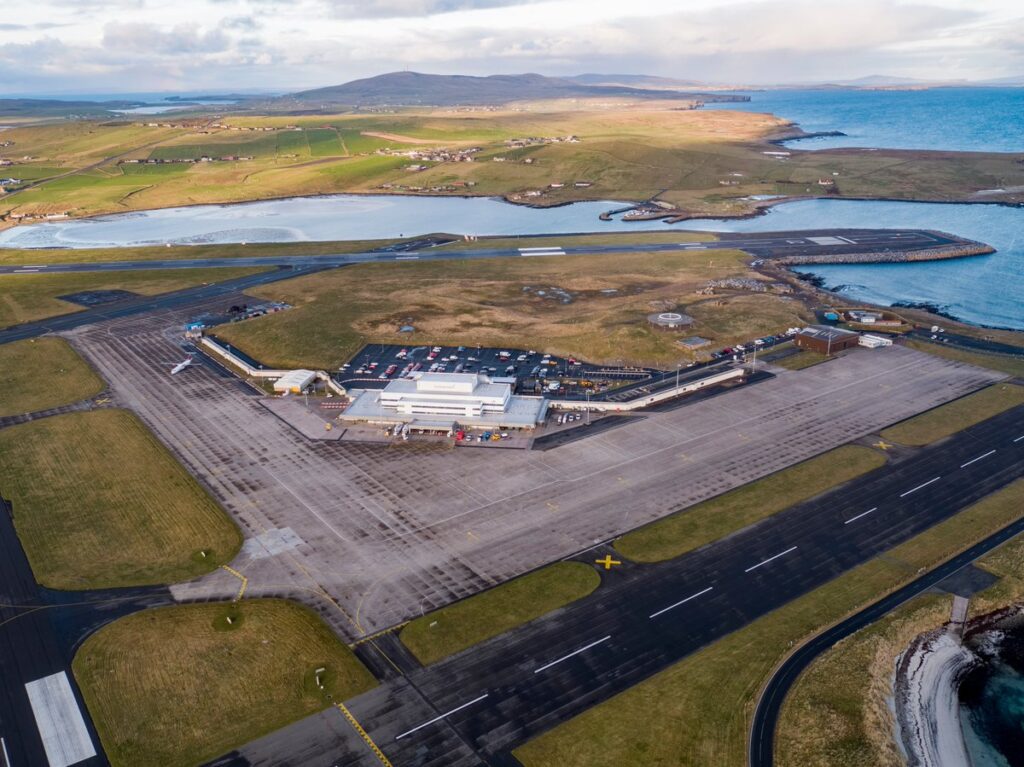 Benbecula airport out in the Outer Hebrides

The first LPV approach in the UK only went operational in 2014 at EGTE/Exeter airport, with Flyer magazine saying the country no longer needed to “hang its head in shame” because they had finally caught up with the rest of the modern aviation world…

It isn’t huge – most airports have alternative approaches. However, there are a few points to think about:

The official word on it all

Here are the official FAQs on the UK leaving the EGNOS program.

The FAQs have the following statement in them –

If EGNOS or an alternative SBAS SoL service becomes available before 31st December 2021, the LPV may be notified subject to the following:

Alas, unless the UK renegotiate the EGNOS Working Agreements (EWAs), or are able to find a replacement solution, then from 25 June 2021 the LPV approaches in the UK will stop.

Up for some further reading?