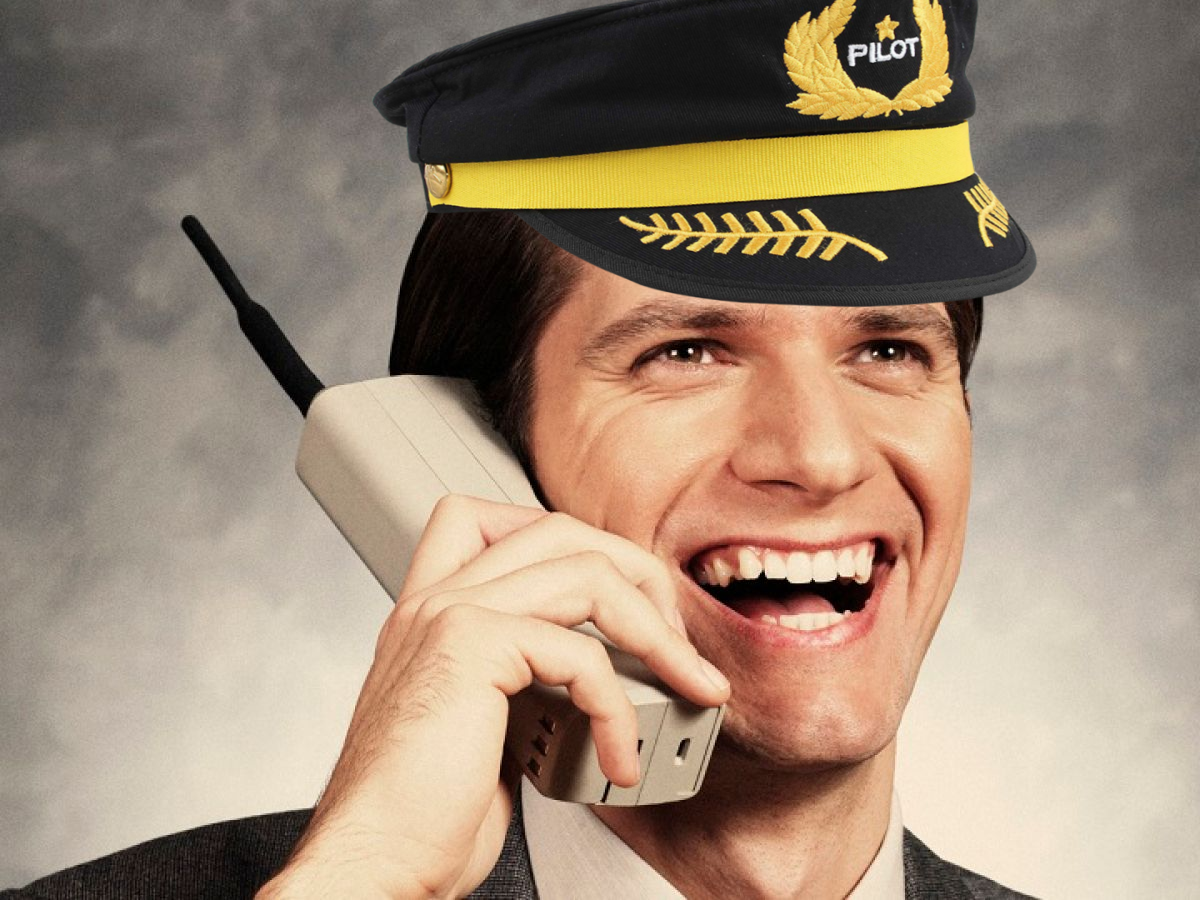 What’s SATVOICE I can hear?

What’s SATVOICE I can hear?


SATVOICE. Easy peasy. Well, until until you’re routing from San Francisco to Tokyo for the first time in your shiny new G550 and its 2am, you’re passing  W177°, you think you filed M3 but aren’t sure if you’re actually M2, and there is a full moon and now you’re not so sure anymore…

Here is a look at some common questions about SATVOICE which we have seen come up.

Feel free to send us more. We aren’t experts but know one folk who are.

Satellite voice communications. Sometimes it is lumped in with SATCOM but this can include messaging systems as well (your Datalink type things). The ‘VOICE’ bit is the giveaway – we are specifically talking about talking. 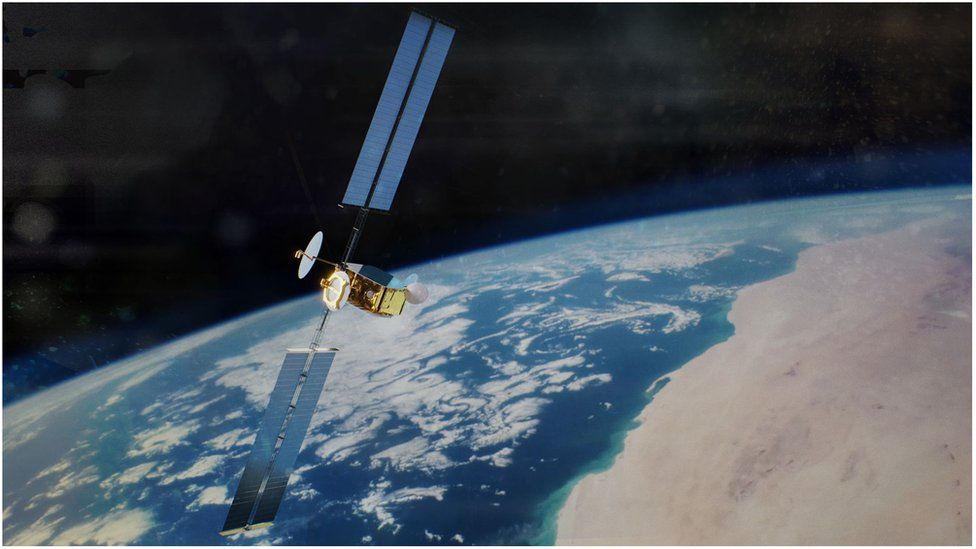 What is it used for?

More specifically, communicating over big areas where there are not many ground stations (which you need for VHF comms). SATVOICE systems *can be (and note the asterix there) used as a Long Range Communications System (LRCS).

So, SATVOICE is talking, via satellites, and it can be used to do things like give voice position reports. It is also sometime used as a backup when HF is not functioning. What it is not (currently) is a replacement for HF. Just as CPDLC isn’t allowed as a replacement because it is not suitable for emergency of non-routine comms.

Where can I use it?

Anywhere where there is satellite coverage. And anywhere where ATC are using it as a means of LRCS. They may not be capable.

For example, the FAA provide Inmarsat and Iridium SATVOICE services for air-to-ground (and vice versa) calls directly with Oakland, NY and Anchorage ARTCCs, and New York and San Fran radio. These are, again, supplemental to HF which means they don’t expect you to use it unless there is some issue with HF. Times of bad HF propagation like HF blackouts would be a good time to give SATVOICE a go.

Right now, SATVOICE is not the primary means of communication in many spots. VHF and HF remain the main ones, with Datalink comms (CPDLC). So it is unlikely you will be using it all that much, unless something else is not working. When you are in CPDLC/ADS-C airspace, the controller is normally going to communicate via Datalink. They might elect to use SATVOICE, but it is not a replacement for ADS-C/CPDLC or HF/VHF.

So you also need to check out the airspace you’re flying into. The AICs will generally contain info on whether an airspace/ ATS has SATVOICE capability.

ICAO says – “Some ANSPs may allow the flight crew to use SATVOICE only for certain types of communications (e.g. of an urgent nature) or may place limitations on use of SATVOICE directly to the controller. Other ANSPs may allow its use only as an additional capability to existing radio equipment carriage requirements.” (Section 3.4, SVGM).

Inmarsat satellites are geostationary and orbit around the equator which means above a latitude of 82° North (and South) you are in a satellite-less areas because of the (often debated, definitely real) curvature of the earth means a lack of line of sight which is required for your communications to be able to bounce back and forth from the satellites.

Some manuals suggest you might start to run into a bit of trouble from 70°N, and that trouble is most pronounced on the W120 longitude. It is also dependant on atmospheric conditions, where your antenna is and what services are contracted though.

Iridium satellites do not suffer the same SATCOM shadow because they operate in a low earth (as opposed to geostationary) orbit.

So, in the NAT HLA where HF is mandatory, and where Datalink is also mandatory (except for the bits where it isn’t), you are going to need HF and Datalink. Not one or the other. If an airspace requires two LRCS then one can be SATVOICE, but the other must be HF.

If the airspace requires 1 LRCS then that means HF.

So, you cannot use your SATVOICE system as a “get out of cancelling a flight” free card if your HF is broken and you are routing through somewhere which requires LRC systems onboard.

Which brings us to the asterix…

*SATVOICE can be approved as a Long Range Communications System (LRCS) but whether it qualifies is something you will need to check, and that is most easily found in your MEL. It comes down to the Required Communications Performance (RCP) of your system.

In other words, just because you have a SATVOICE system onboard and are in a spot where ATS utilises SATVOICE, does not mean you are automatically allowed to do so. Not even if you put it on your flight plan.

RCP240 is the number to know – to be PBCS (performance based communication and surveillance) eligible your aircraft system must achieve RCP240 (and RSP180) standards. RCP240 is the max number of seconds (the transaction time) taken for a controller to issue an instruction and receive a response.

Your RSP180 is the surveillance standard, the RCP240 is the comms standard. We wrote all about PBCS here if you need a recap. 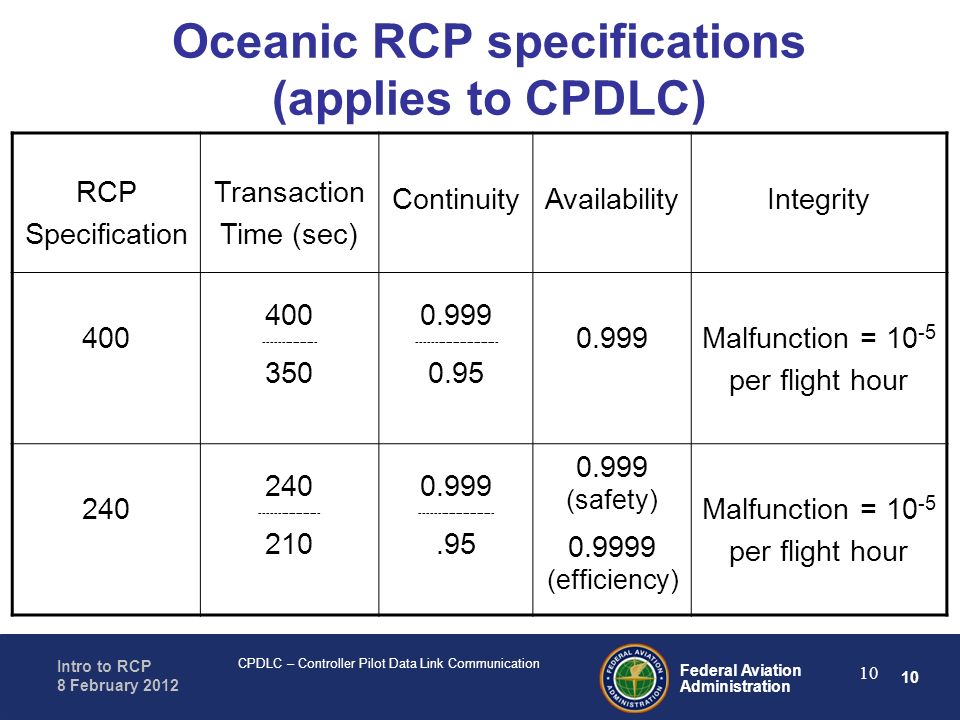 Oldie but still what you need to know

What do I need to do to use it then?

And read this bit as well.

So, you need it in your MEL/MMEL, and what that means is having a system which meets the requirements laid out by your authority.

It is an AIC about getting airworthiness approval for SATVOICE, and contains all the design considerations, software requirements, minimum performance requirements, CVR, and a lot of other things you probably need to know about.

ICAO recommend that Operators need to establish policy and procedures for crew involved in SATVOICE ops. This includes descriptions of the system operating procedures, limitations, flight planning requirements, what to do if it does’t work… Check out section 3.3.3 of the ICAO SVGM manual for more on this.

In summary – your system needs to be approved. To be approved it needs to meet certain standards and criteria. You also need to have procedures and policy in place for the operation of the system.

Where is all the official info on this?

Here is the ICAO SVGM (Satellite Voice Guidance Manual) which we mentioned.

Then there is ICAO Doc 7030 which contains regional supplementary procedures and will contain some info on Datalink, for example, over the North Atlantic.

I have the system and the approval, but need to find a number?

Well, this is where it can get a little tricky. There are different systems. Inmarsat and Iridium.

There is also MTSAT, the Japanese geostationary satellite network.

If you have Inmarsat satellite compatible system then you can use those SATCOM short codes (the six digit ones starting with a 4). You can also dial the 10-digit PSTN phone number. The 6 digit numbers are converted to the PTSN number as they wiggle through the Inmarsat system.

PTSN, incase you’re going to ask, is the Public Switched Telephone Network which is what the aeronautical SATVOICE system uses. So these are what you want to call via your Iridium system.

Numbers are generally to be found in places like the AICs, in your Jeppesen, LIDO, or whatever other chart and manual provider you are signed up to.

One tip, when you do dial up – don’t be yakking away like you’re on a normal telephone. The operator the other end is going to expect standard radio etiquette. Callsigns, readbacks and all that.

What do I put in my flight plan?

You need to include your SATVOICE capability and you do this in Item 10 by inserting either:

In Item 18 you insert the aircraft registration and also the indicator code and the aircraft address expressed in the form of an alphanumerical code of 6 characters.

If you are operating through airspace requiring HF and yours is broken, then you may be able to file with only your SATVOICE system as the LRCS if it is a flight to return the aircraft for HF maintenance.

Again, just having a system and whacking the info about it onto a flight plan does not qualify you to use it. It needs to be approved. 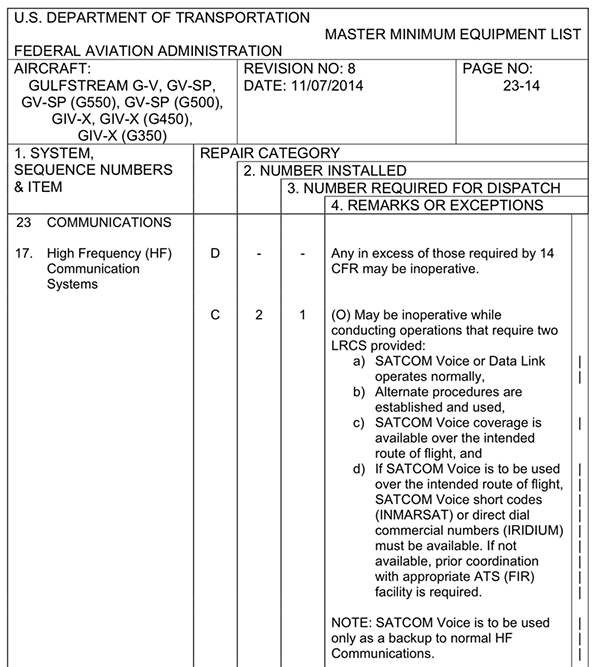 What if I get a random SATVOICE call?

You should only act on the clearances or instructions given to you if a SATVOICE call has a priority level 2/High/Q12 or 1/EMG/Q15. You might have to disconnect and initiate a new call to get confirmation that it is something to act on, and not just some rogue person who has discovered a way to call you on it.

I am not signed up to any provider. Can I still just sort of call?

If you can answer this then please send us your info 🤷