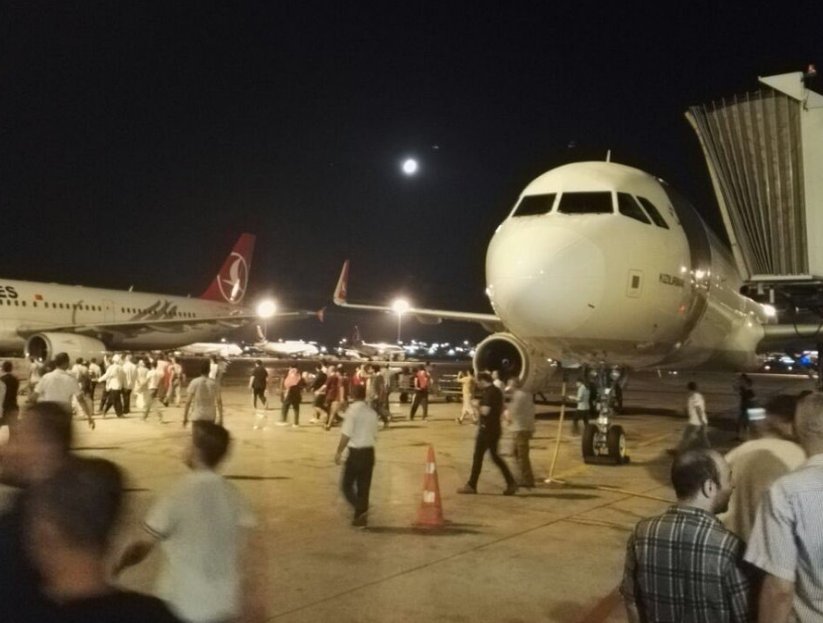 Following the attempted coup in Turkey on 15JUL, the FAA has banned all US airlines, commercial operators, and pilots from flying into Turkey until the 1st of September, and says it will review that position on August 15th.

The ban applies to all airport within the Istanbul (LTBB) FIR and the Ankara (LTAA) FIR – which together cover the entire country, but does not prohibit entry into the FIR’s or overflying Turkey.

Further more, no direct flights are allowed between Turkey and any US Airport. This is independent of the country of registry of the aircraft, and so applies to all operators, N-reg and others.

Specifically, the ban affects all US Airlines and Air Carriers, US commercial operators, and private operators in that anyone using an FAA license may not operate to Turkey. The only exception applies to US pilots working for a foreign airline.

The ban was issued quickly in response to the Coup attempt, and because of the unstable situation in Turkey. We suspect that it may be removed more quickly than August 15th, but that depends on further developments there.

These are the primary international airports affected by the ban:

The original NOTAM from the FAA, issued on Saturday morning,  is copied below. 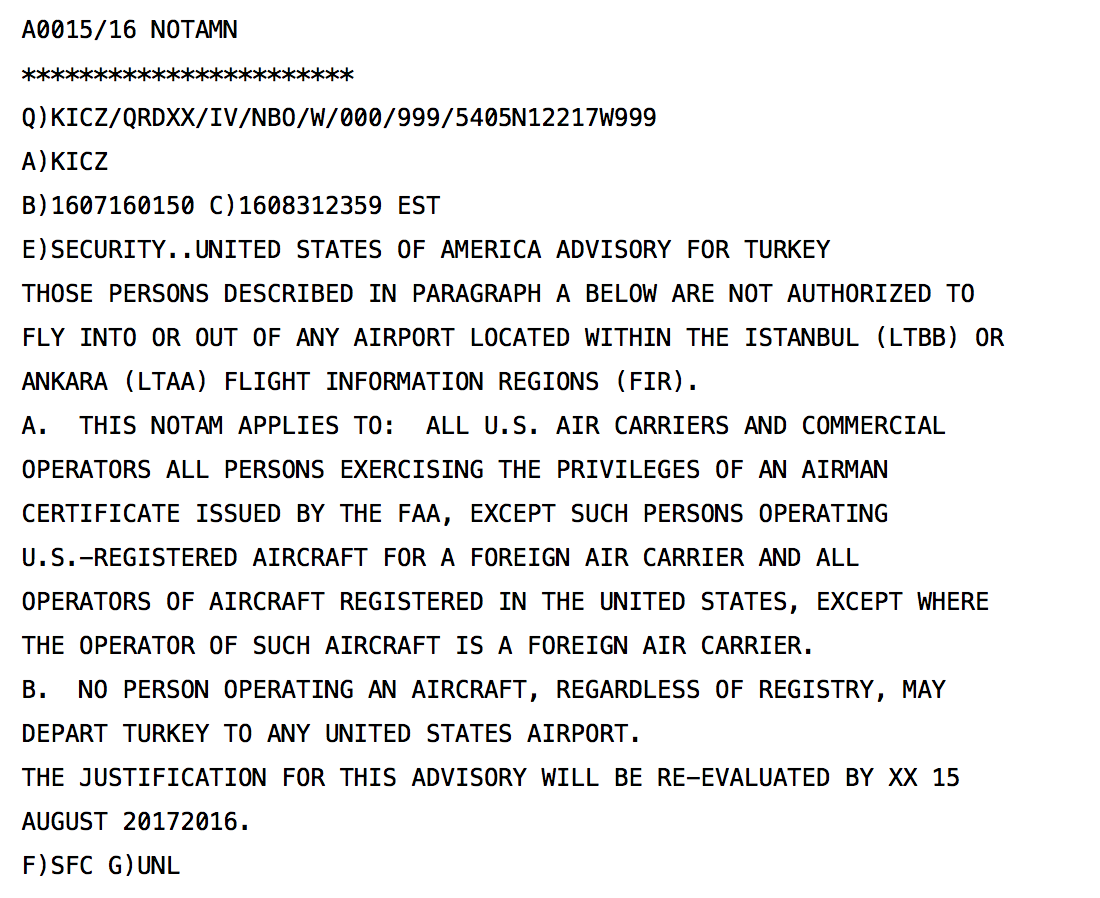