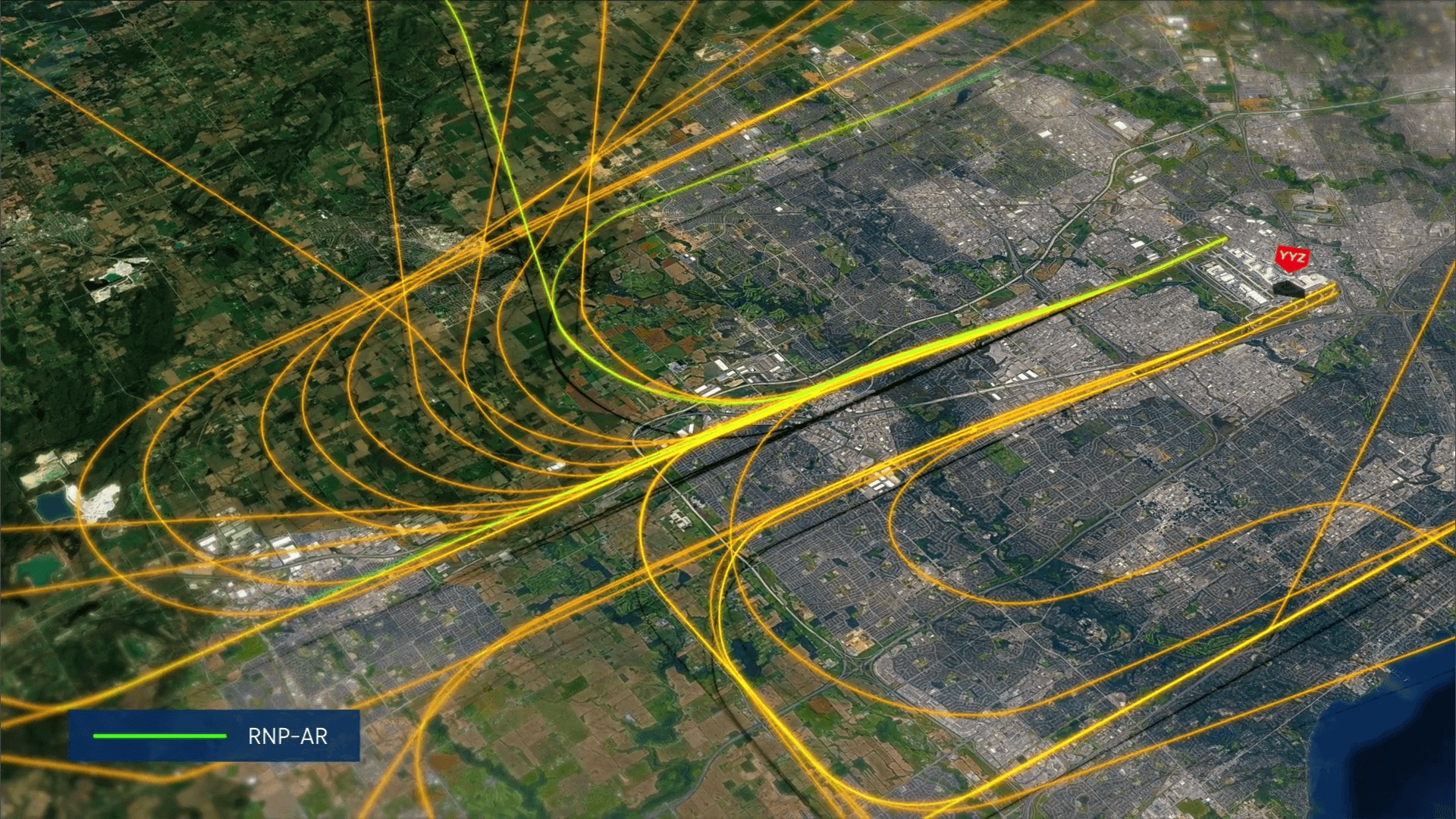 
Everyone loves an aviation acronym, don’t they? So this post is about an acronym that causes a lot of confusion. Is an RNP-AR the same as an RNAV, and what if you add GNSS on the end?

It is also about CYYZ/Toronto Pearson airport because they have just implemented the ‘biggest’ deployment of ICAO E0R standard at any major international airport in the world.

OK, so what exactly have they done?

If you haven’t heard the term EoR before, then it just means “Established on RNP-AR”  and means they can use reduced separation standards.

So in simple terms, they’ve started using RNP-AR approaches. Which is great because reduced separation standards means reduced track miles for you, which means reduced fuel costs and time and all that joylessness at the end of a long and tiring flight.

So, RNP-AR approaches are way better.

Nav Canada says this – “The EoR separation standard allows aircraft to be considered established on final as soon as they’re on the RNP-AR procedure, which is now in use for both ends of Toronto Pearson’s north runway (05-23). As a result, some aircraft approaching from the south will have the opportunity to fly up to 1,000 feet higher when aircraft to the north are established on an RNP-AR procedure, thereby providing aircraft with the opportunity to reduce their noise over communities located south and downwind of the airport.”

And here’s a little video to learn even more about the project.

But before you disappear, here are some of Toronto’s charts and a little discussion on these approaches in case you’re seeing them for the first time ever. 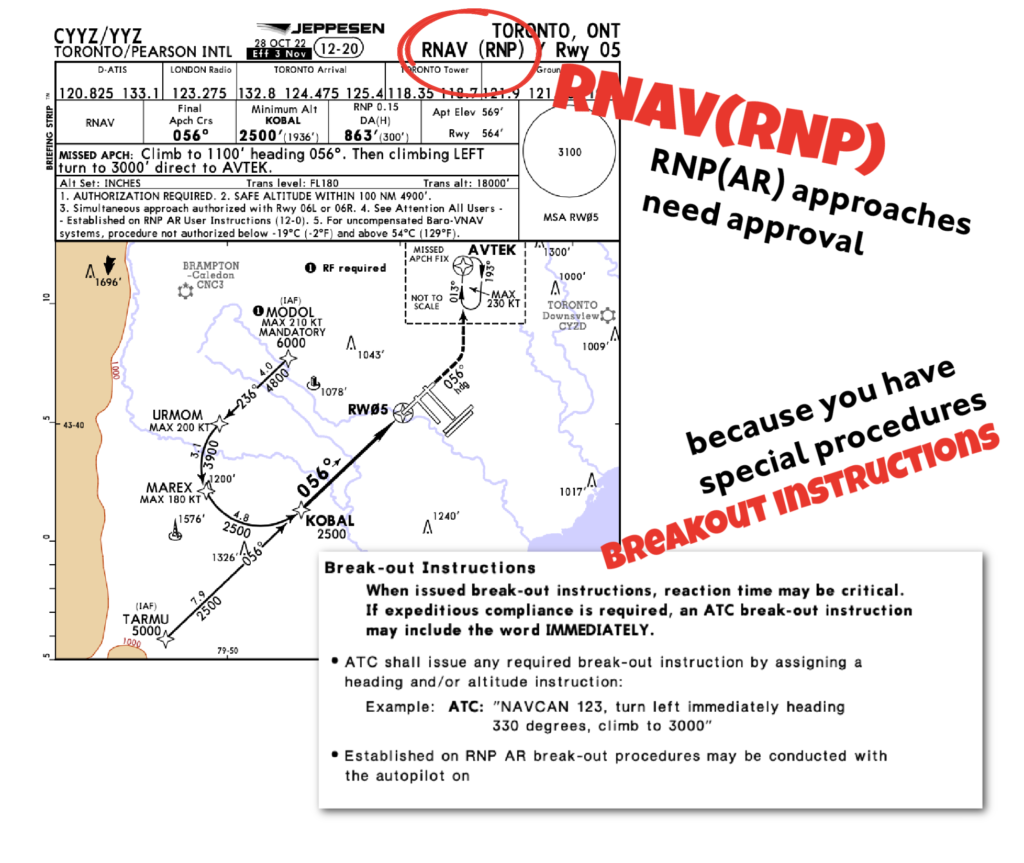 Because a lot of folk find the RNP, RNAV, RNAV RNP, RNAV GNSS, RNP AR terminology just a little confusing (it is!), here is a link to a post talking all about it. 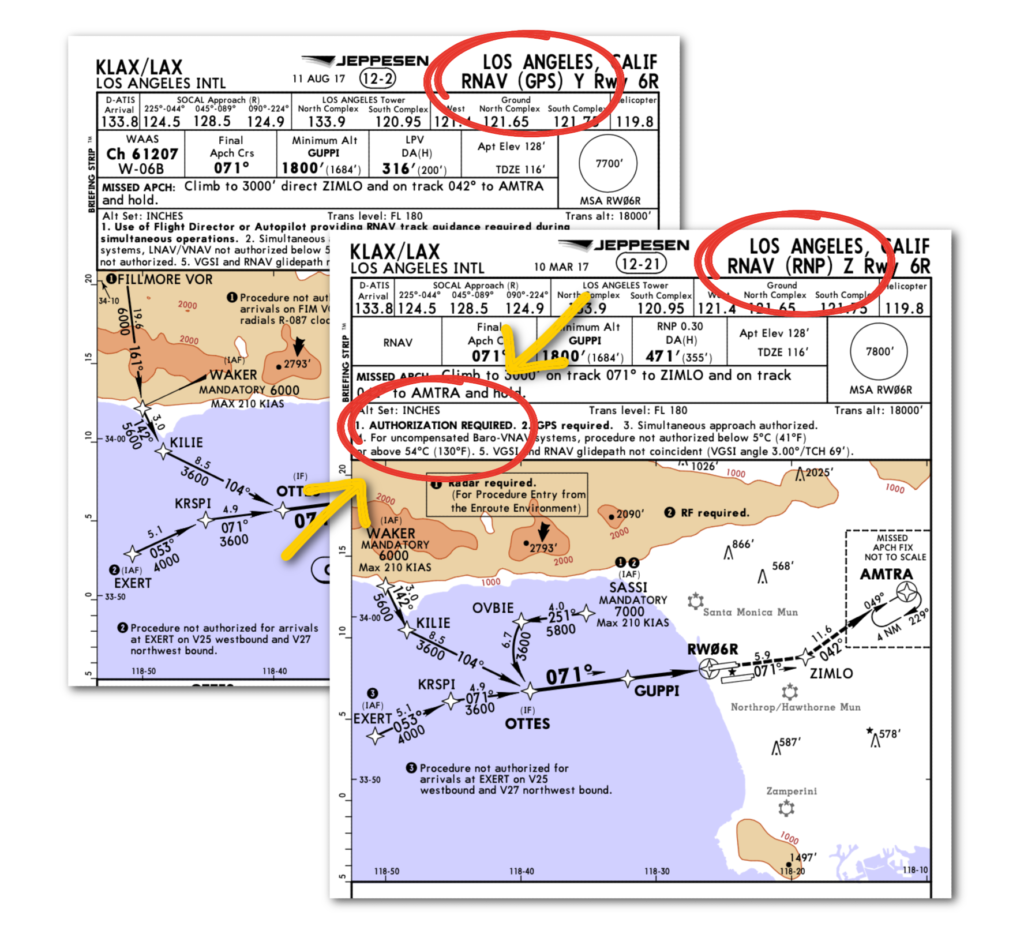 The difference (in the US)

Calgary is next in line to get them (probably).

There is a ‘period of public comment’ open now until Feb 3rd 2023, so get your voice heard if you have comments on these plans.