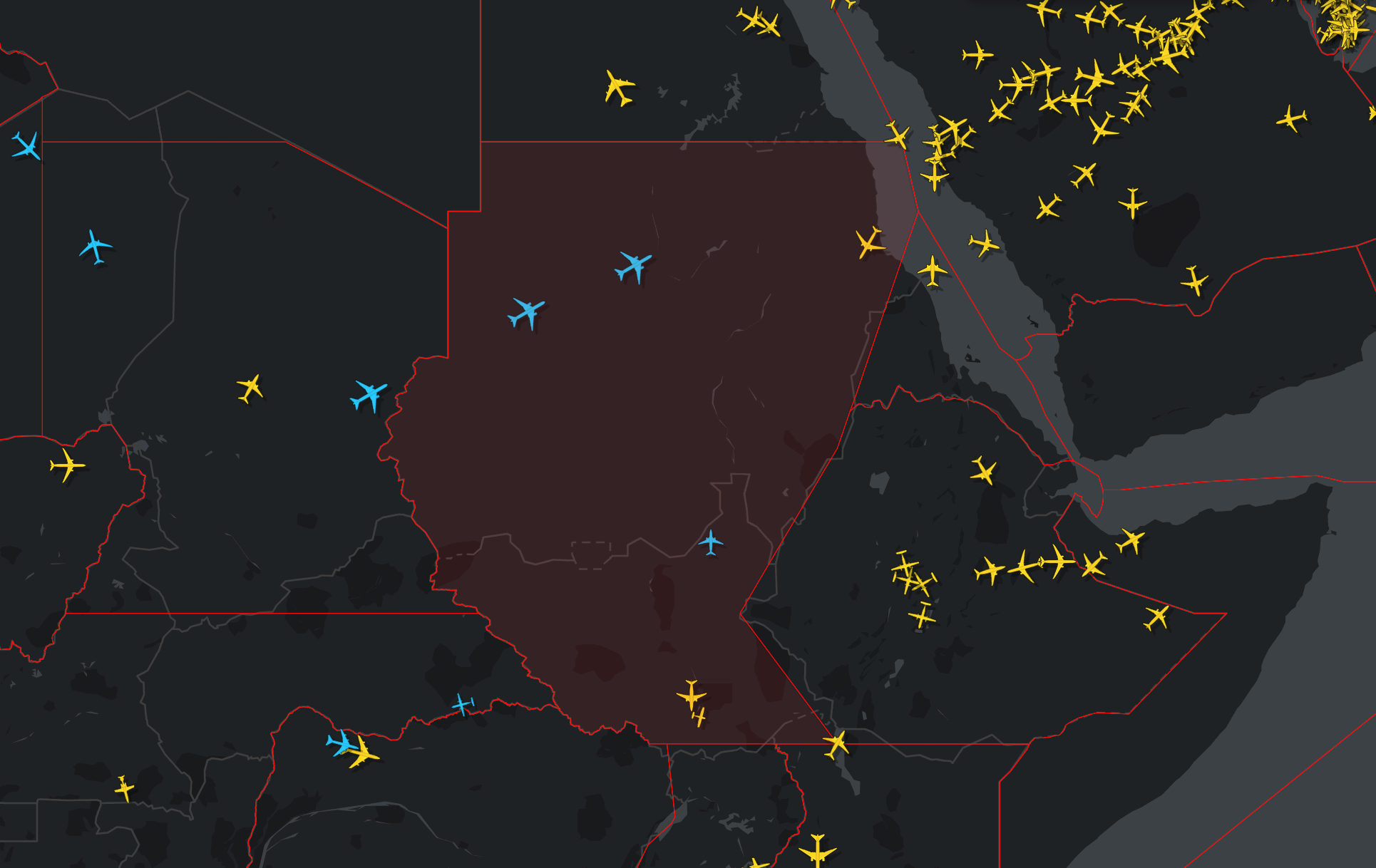 
A military coup is underway in Sudan – the second since late September. Troops have been deployed throughout Khartoum and the military chief has dissolved the transitional government.

HSSK/Khartoum Airport is closed and all flights have been suspended (though no new Notams have been issued). Sudan’s CAA has told the media that the airport will reopen on Wednesday 27 Oct at 4pm local time (1400 GMT).

Phone and internet networks have been blocked making it hard to contact local agents for situation updates. However, security forces clashed with anti-coup protestors on Oct 25 & 26, and there are additional demonstrations and roadblocks planned over the coming days across Sudan.

The US Embassy in Sudan issued a security alert on Oct 26 advising US citizens not to travel to the embassy or the airport. “When commercial flights are confirmed to be departing, an alert will be released” it said.

HSSS/Khartoum FIR covers the whole airspace. Overflights are still taking place but there have been reports of delays due to thirty-minute separation being applied in the HSSS/Khartoum FIR. A coup in 2019 saw the airspace close for 24 hours. 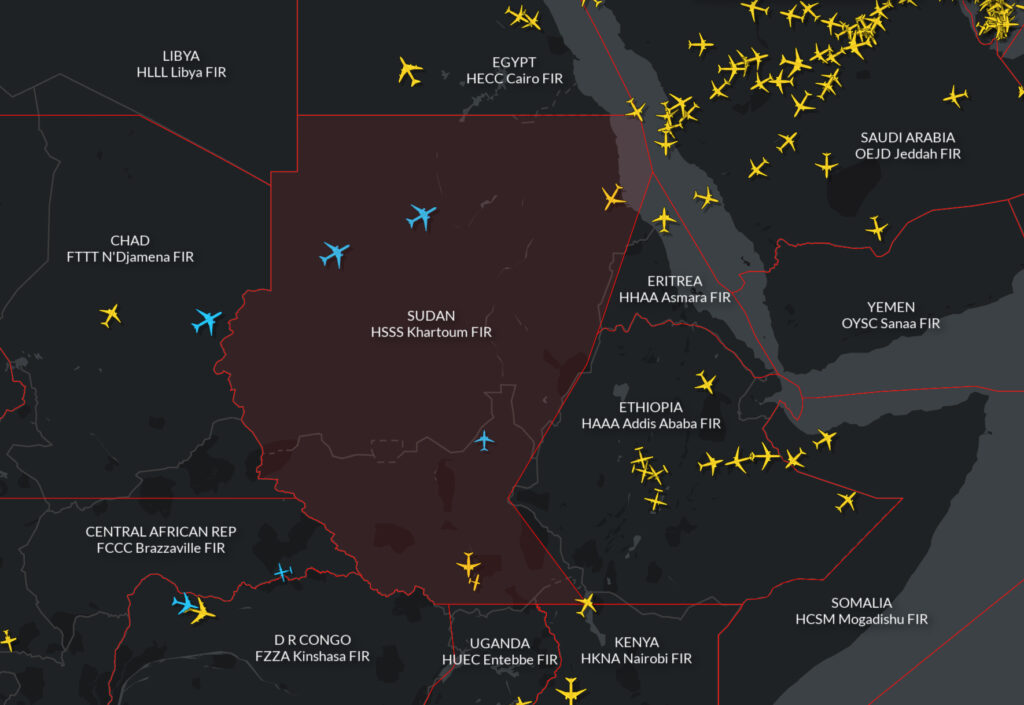 There is no immediate known risk to overflight safety due to the military takeover.

However, Khartoum is a main en-route alternate for this part of Africa. With the security situation on the ground now unpredictable here, there is a general risk for overflights in terms of limited alternative diversion options, given that there are several high risk airspaces including Libya, South Sudan, Eritrea, Somalia and Ethiopia (Tigray region) in the vicinity. 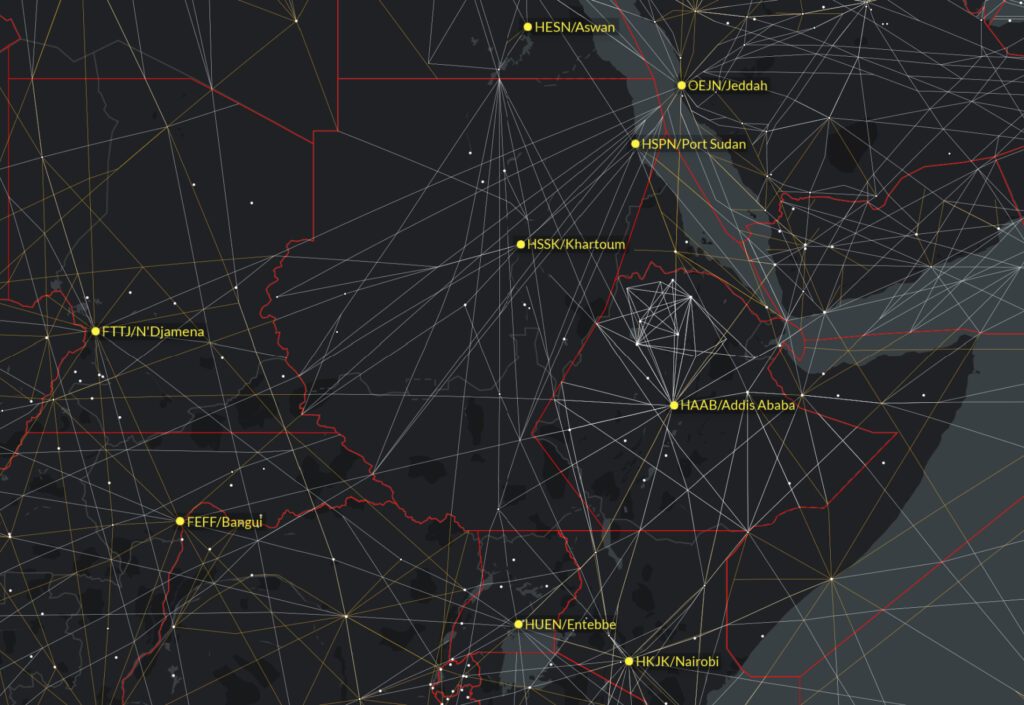 There is only one international airspace warning (from France) which recommends overflights above FL260 for the far southern and western edges of the country where it borders South Sudan. The risk is, in part, due to the lack of ATC services and standards below FL245 in South Sudan. Further information on this is available on our Safeairspace page.

For some more background info on the airspace safety concerns for Sudan and South Sudan, you can read our January 2021 update here.