As Irene tracks away north-east over Canada, we have the following information from Airports in the path of the Hurricane. 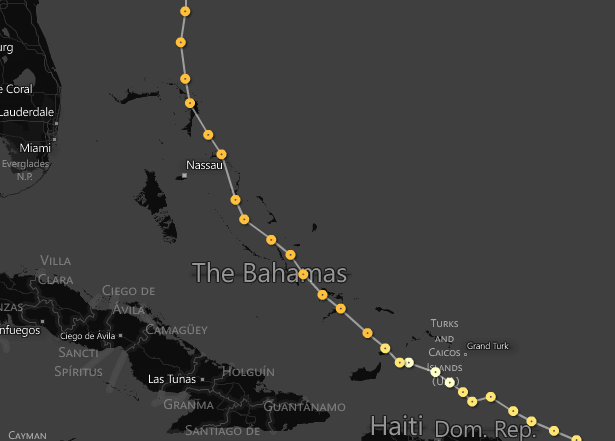 Irene’s path across the Bahamas

Following its track across the Turks, Irene hit the southern Bahamas early on Thursday with winds reaching 100 knots+. The eastern side of the island chain was worst hit, with Cat Island and Abaco suffering perhaps the worst structural damage.

MYGF/Freeport was initially flooded and remained closed on Friday, it is now open again.
MYNN/Nassau suffered power outages,and Friday morning’s traffic was restricted by the lack of a radar service. This was re-instated by 12pm and delays reduced to minimal.
MYES/Staniel Cay was flooded but also opened again on Friday morning.

Nassau Flight Service have confirmed that all airports, both major and smaller outlying airports, are now open again. However, we would recommend confirming before undertaking any ops to the more remote islands. 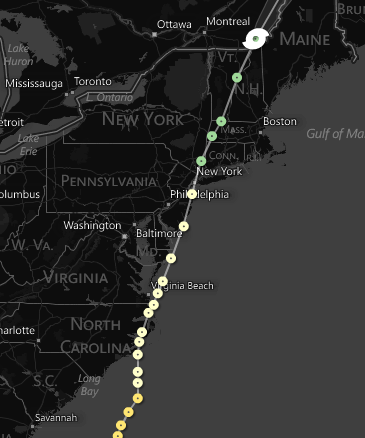 The track across the US over the weekend

As of Monday afternoon, we have the following information from Airports affected by the hurricane.

KMMU/Morristown, NJ – Airport is open with some areas still flooded. One taxiway is still underwater but re-routes using a runway are available. The Signature ramp is completely flooded and unavailable. Lighting is not yet restored and may not be until tomorrow, so daytime operations only.

KSWF/Stewart, NJ – Airport is reopened and running at normal capacity on the GA side, there may be some airline delays.

KBTV/Burlington, Vermont – The state has been badly hit by flooding and many major roads are out of service. The Airport itself however is OK, and no damage or flooding occured. All ops normal.

KMGJ/Orange County, NY – Airport is closed to all traffic except heli ops. Both runways 3/21 and 8/26 are flooded. Runway 8/26 is expected to open around 2000LT tonight if clean up is successful.

KTEB/Teterboro, NJ – Airport closed.Significant flooding of runways and taxiways, and ramps. Flood waters are receding since yesterday but only slowly. An Airport lighting systems check will take place between 1700-1800 this evening, after which a more definite opening time can be given by the Airport Authority. Anticipated reopening is Tuesday am. 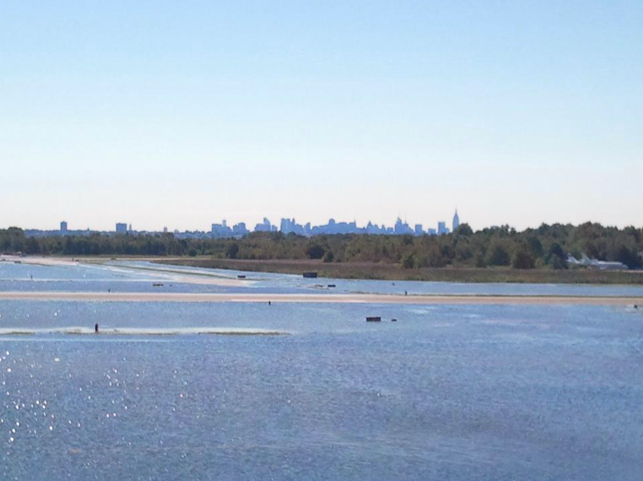 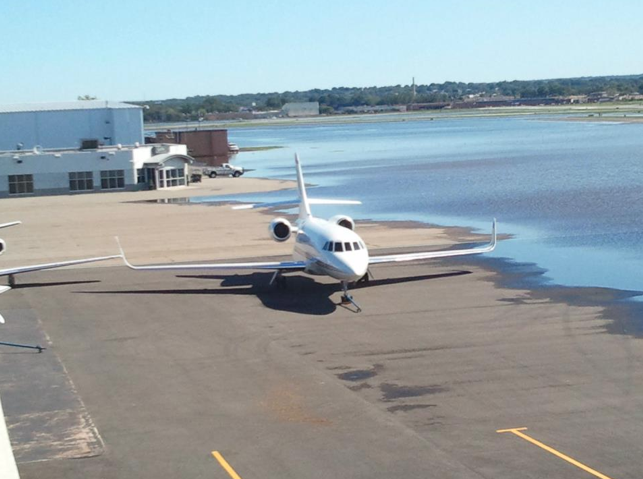 Teterboro Airport, NJ, pictured on Monday morning. Thanks to Meridian FBO TEB for these pictures.

All airports in the New York area were closed from 1200LT on Saturday until Monday morning. Further, as a result of Irene’s tracking, most NAT flights to eastern seaboard airports were cancelled for Sunday night. As a result, NAT Traffic on Sunday was exceptionally light. Monday night’s NAT Tracks, which are 5 tracks from STEAM to CYMON, are expected to be at normal levels, if not busier as some additional flights may be expected following the schedule upset.

No compounding ATC or Weather issues in Europe for Tuesday am.