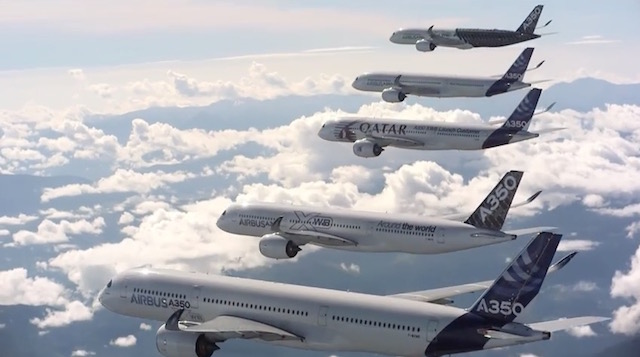 
In Short: Strategic Lateral Offset Procedures (SLOP) costs nothing and increases flight safety. If the airspace permits it, you should be “randomly” offsetting, especially across the North Atlantic. Left is for losers – don’t SLOP left of track.

Update: August 2019 – you can now “MicroSLOP” in the NAT. Check out the changes.

We had a discussion in OpsGroup recently about SLOP (Strategic Lateral Offset Procedures) and it elicited some interesting responses, as well as some confusion.

So – Why, How and Where should you SLOP? 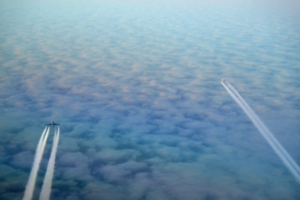 GPS technology allows modern jets to fly very accurately, too accurately it turns out sometimes! Aircraft can now essentially fly EXACTLY over an airway/track laterally (think less than 0.05NM), separated only by 1000FT vertically. A risk mitigation strategy was proposed over non-radar airspace to allow pilots to fly 1-2 nautical miles laterally offset from their track, randomly, to increase flight safety in case of any vertical separation breakdown.

How did we get here?

What we just described is known as the navigation paradox. The research shows that “increases in navigational precision” actually increases the collision risk – huh? 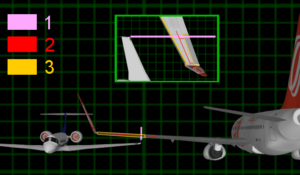 Here are some interesting stats to consider:

So we get it; the rules of the air, sometimes inject risk to flight safety due to their lack of randomness.

A way to reduce risk and inject randomness?

It was 2004 when SLOP was adopted in the most congested non-radar airspace in the world, namely the North Atlantic.

Although the Navigation Paradox is the reason SLOP was introduced and continues to be implemented, there are some nice risk mitigation side-effects too: wake turbulence reduction (at times), contingency buffers if you experience severe turbulence and can’t maintain altitude (“level busts”), etc.

Still, there is a large number (>40%) of aircraft not adopting these procedures even though they are now mandatory on the NAT.

If >40% of pilots are using SLOP 0 (meaning no offset at all), what does that matter? That means half the flights are operating over the same lateral paths and all it takes is one minor vertical deviation for there to be a significant loss of separation.

How should you SLOP?

Our friend Eddie at Code 7700 gave a great comprehensive list so here it is verbatim.

Yes! You should especially do it then. There is a higher chance of opposite direction traffic. That extra mile or two (randomly selected of course) could be a life saver!

That is lateral offsets between 0 and 1 nm (0.1 etc). ICAO mentions “LOP provisions as specified in ICAO PANS-ATM Doc.4444 were amended 13 November 2014 to include the use of “micro-offsets” of 0.1 Nms for those aircraft with this FMS capability. Appropriate guidance for the use of this amended procedure in the North Atlantic is under study and hence pending.”

And now, since August 2019, this is beginning to be approved for operations on the NAT. Read the update!

We might have missed something or maybe we didn’t cover your specific question?

Drop us a line and will do our best to answer.