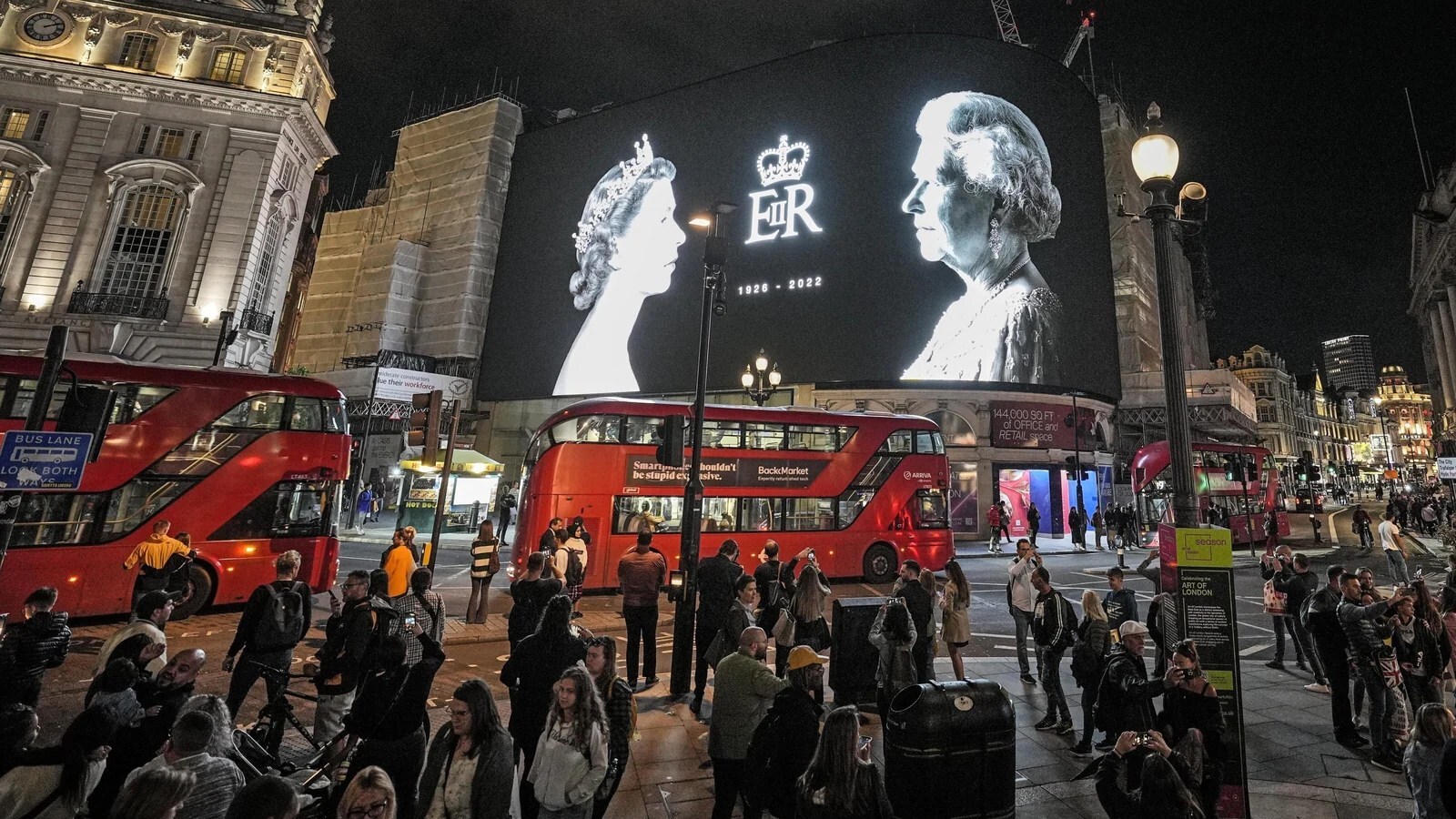 
The Funeral of Her Majesty Queen Elizabeth II will take place on September 19th, from 0900-1900z. There are likely to be significant restrictions in and around London on the day.

September 19 will also become a new Bank Holiday, and a greater than usual number of closures of businesses can be expected on the day.

Here’s what we currently know as of September 14:

(All times in Zulu… we think)

Have a read of our post on London Airport options, and general top tips.

All the airports will operate at a reduced capacity. Except a similar thing to what you see on public holidays.

Demand is already building so get your requests in soon if you need to operate in. Important folk from about 120 countries are likely to be attend and guess where they’ll all be flying into…

Security is going to be significantly higher as well.

The issue is noise levels, and trying to manage it alongside where the procession will be taking place, which is why they have something called “Operation London Bridge”. The main ‘quiet time’ will likely be from 1350-1440z.

At the moment, a full stop on operations has not been suggested. However, there is probably going to be significant reductions in operations. So, here’s the current plan:

Westerlies are expected to be in use, and if they are then the plan is this:

If Easterlies are in use then it gets a bit more complicated.

The CAA has confirmed that any cancellations due to all this will be alleviated, so make sure you reference ‘London Bridge’ when making your request.

Filing EGLL as an alternate on this date is probably not advisable as they are unlikely to be able to accept you (except on an Emergency). In fact, the AIP says not to.

Gatwick has some closures from Sep 14-16:

Signature Handling is also going to be temporarily handed over to the Foreign Commonwealth and Development office so expect slower responses to slot requests and monitor for more restrictions by notam.

If the westerly Runway 27 is in use then arrivals will be impacted less, but departures that continue west may be an issue. Early turns and significant extra routing might be required.

If it is the easterly Runway 09 in use its more difficult again because northerly arrivals and the approach are over the City. There are likely to be restrictions here as well in that case.

Stansted is expected to be handling the majority of traffic coming in for the funeral. Currently, slots are taking longer to get approved because the FCDO is sorting this.

Parking is already filling up fast too so if you need it, book it soon.

(Because it’s not really London) they aren’t expecting any restrictions or capacity problems. 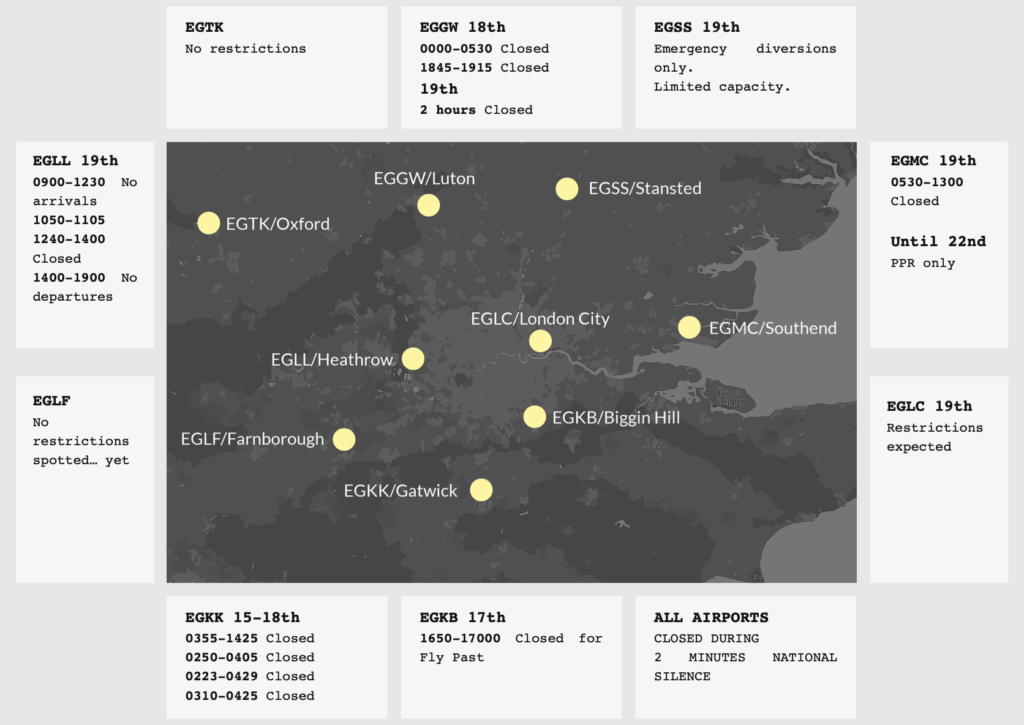 The operational stop during the 2 minutes silence can be expected at airports across the UK.

Other bits of the World

The UK Monarch is Head of State for 14 Commonwealth countries, and has ties with another 44 or so. So a fair few countries may turn Sep 19 into a Public Holiday.

Notams will be published confirming the planned restrictions. However, the situation may change short notice due a change in wind direction.

If a departure cancellation is required, it is likely the arrival will be as well (and vice versa, although that’s rather obvious). They won’t be accepting rescheduling of flights until they have a better idea of capacity levels, how quickly it will return to normal, and how many stands they have available.