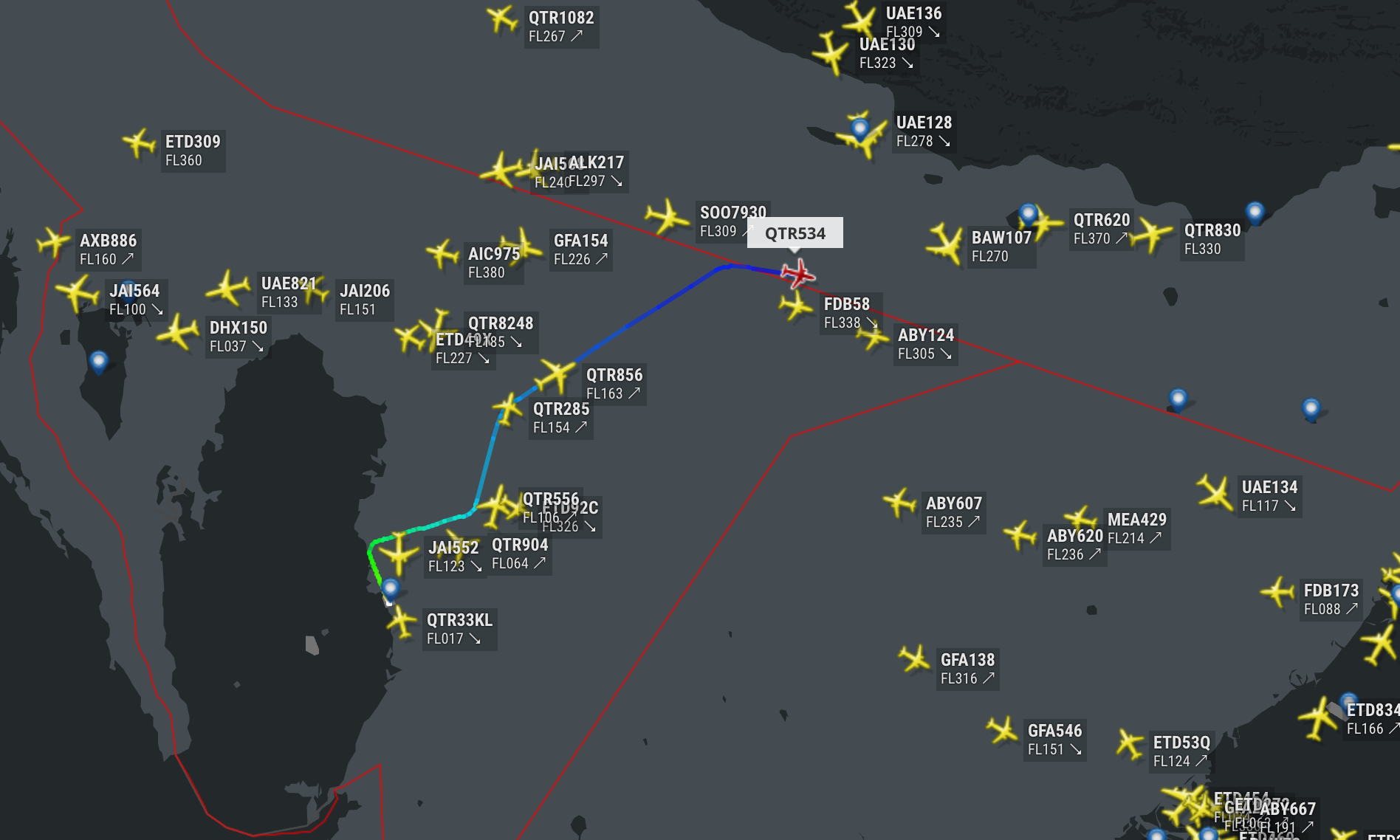 
Following OpsGroup Note 28 on Monday (“Qatar sanctions“), there are some important new additions to the sanctions that all operators should be aware of:

Effective today, Bahrain now requires Special Authorisation for all traffic inbound to and out of Qatar. This one is critical because Bahrain controls almost all of the airspace around and over Qatar.

That requirement was just published today, Wednesday in Notam A0210/17. The preamble states that no Qatari registered aircraft can fly through Bahraini airspace. This one seems like it would be a big issue for Qatar Airways, but for all other international operators, the next part is equally important:

That means everyone now needs permission to get into Doha, because you can’t get into the Doha TMA without going through Bahrain Airspace, unless you are planning to route through Saudi Arabia (which already has that requirement). Check the map again below.

Jordan has joined the team

Governments of Jordan, Libya, Maldives and Mauritania have joined the other countries in severing their diplomatic ties with Qatar. The closure of borders with neighboring countries and the withdrawal of the diplomatic staff from various embassies in the region have resulted in restrictions on travel to and from Qatar.

Qatar has urged its nationals to comply with the decision of the countries involved and leave the territories of Bahrain, Saudi Arabia and the United Arab Emirates (UAE) within 14 days of June 5, 2017. Qatari nationals should contact the respective consular posts abroad for assistance with travel arrangements and travel back to the country via Kuwait or Oman.

Bahraini, Saudi and the UAE authorities have announced bans for their nationals from travelling, transiting or residing in Qatar. Those currently in Qatar are requested to leave as soon as possible.

Other Foreign Nationals Residing in the Gulf Cooperation Council (GCC)

Holders of Residency Visas from Qatar will face difficulties in obtaining Visit Visas to countries which have closed their diplomatic representations in Doha, Qatar, including Egypt and Saudi Arabia. Foreign nationals residing in Qatar applying for visas to Egypt or Saudi Arabia may have to travel back to their home country to do so.

It is likely that foreign nationals residing in Qatar will face restrictions in obtaining a GCC Resident Visitor Visa to enter Bahrain or the UAE. Foreign nationals who are not eligible for a visa-on-arrival based on their nationality should prearrange their visas in advance and seek out other categories of sponsorship including airlines, hotels or tourist agencies.

It is unclear whether there will be any impact on foreign national residents of Bahrain, Saudi Arabia and the UAE seeking entry to Qatar based on the GCC Resident Visitor Visa.

Courier services and document deliveries between Qatar and Bahrain, Saudi Arabia and the UAE are severely delayed. The majority of carriers are rerouting their shipments, while others, including FedEx, have suspended their services between the affected countries.

The Qatari-based broadcaster Al Jazeera has been banned in a number of countries, including Saudi Arabia and the UAE. The Qatari beIN Sports channel has been suspended in the UAE.

The UAE’s General Prosecutor warned against showing any sympathy for Qatar on social media which is considered a cybercrime, punishable by law.