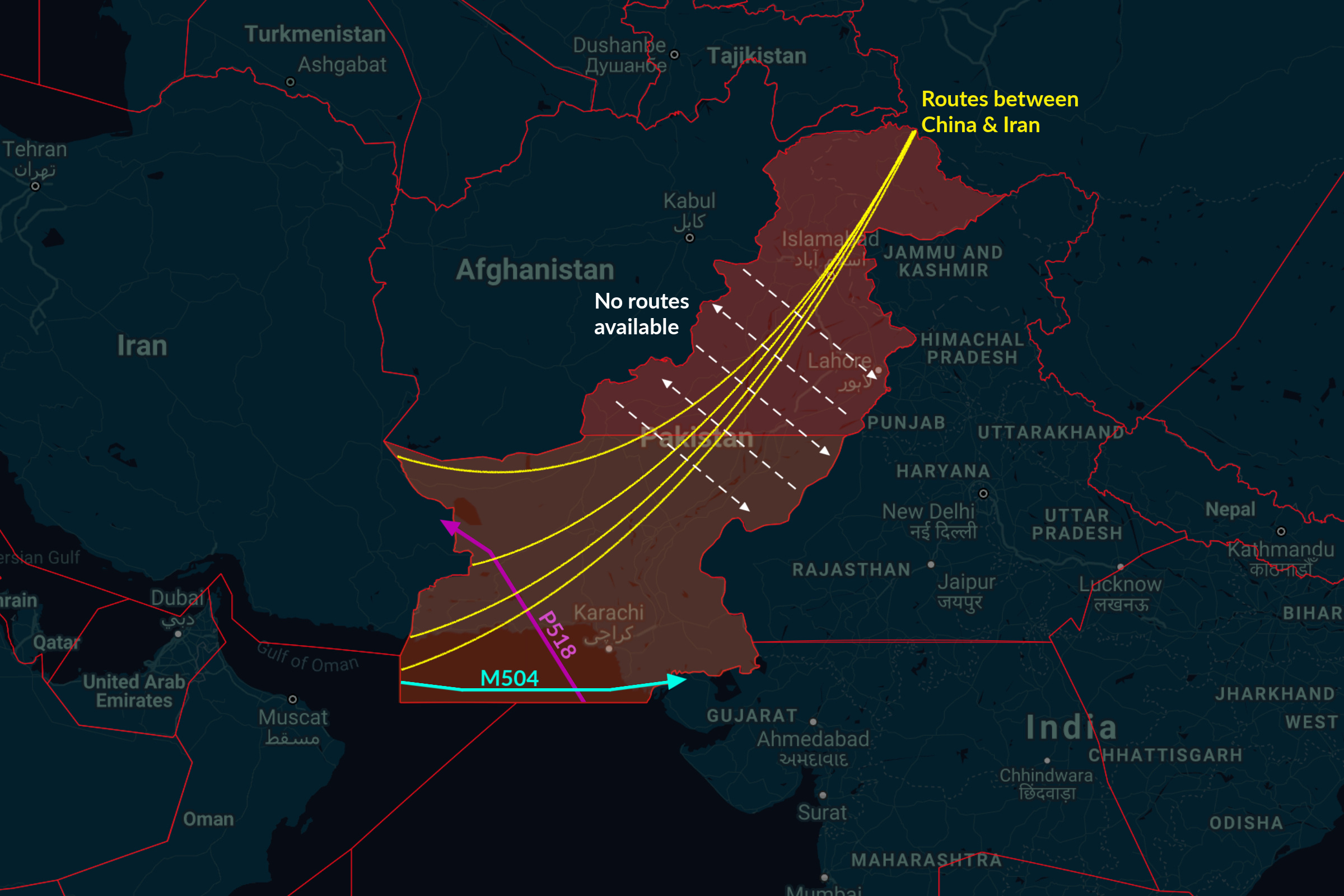 Three months since the Pakistan airspace closure began, there are now finally some options for overflights between Pakistan and India.

Since April, there has only been one airway available for flights between the two countries – airway P518, for westbound flights only.

At that time, Pakistan also published a bunch of Notams saying that they would allow eastbound overflights on a few airways which connect Oman and India through Pakistan’s airspace over the Gulf of Oman, but initially India did not authorise the use of these.

That changed on 2nd June, when India published a Notam saying they would allow eastbound flights to enter Indian airspace at waypoint TELEM.

So now, piecing together the Notams issued by both countries, here are the options for overflights:

Eastbound
Choice of two routes from waypoint ALPOR on the Oman/Pakistan border in the west, to waypoint TELEM on the Pakistan/India border in the east.

Some airlines have started using both these eastbound and westbound routes, although many continue to avoid Pakistan by routing south over the ocean instead.

India and Oman both therefore remain congested with extra flights – they have published Notams showing all the restrictions on the various different overflight routes, are advising operators to carry extra fuel, and to expect lower flights levels than requested.

Most of the Pakistan airspace restrictions which were introduced in Feb 2019 have been extended to 27 July: specific routes remain open for international flights to all the main airports in Pakistan, and for east-west overflights of the country (i.e. between China and Iran).

Why?
On Feb 26, Pakistan shot down an Indian military jet and captured a pilot in a major escalation between the two countries over disputed Kashmir. This came a day after India launched air strikes on militant bases across the border in Pakistan, which itself was a response to a deadly attack on Feb 14 when a militant killed more than 40 Indian troops in Kashmir. The captured pilot has since been returned to India, but tensions remain heightened between the two countries in wake of airstrikes by each side in areas in the border region.

Airspace warning
The US FAA has since updated its airspace warning for Pakistan, which now notes that military activity by Pakistan and India in the disputed Kashmir region poses a potential inadvertent risk to aviation at all altitudes. The US continues to warn against flying into or over Pakistan due to the risks posed by “extremist and militant activities”, although it does not recommend any specific minimum safe altitude for overflights; other countries advise FL250 or above, but we think FL300 is more sensible. More info

If you have further ops info to report, please do! Email us at blog@ops.group, or comment below.