France are worried about “the deterioration of the international context”. Basically, they are worried about the state of the world. So, they have decided to run a fairly major crisis management readiness, preparedness sort of a thing over a 3 year period.

As they put it, it will “consider the hypothesis of a major engagement of high intensity as possible” and help the armed forces prepare for it by practicing a whole bunch of exercise.

Or as we put it – “a great big load of military mayhem in French airspace to look out for”.

It will be. The biggest in 30 years in fact, involving a whole load of NATO members. But the main impact is going to be within French airspace.

Orion is the first of the 3 exercises which are planned over the next 3 years. It consists of 4 phases, expected to take place on the following dates:

What does that mean for flight ops?

We heard someone say it will have a “huge impact on the network” with numerous flights impacted through re-routes, delays and probably cancellations because of airspace capacity reductions.

So, what do we need to worry about?

Phases 1 and 3 are computer assisted, but phase 2 involves real people and real military stuff including real military airplanes in real bits of airspace we normally really like to fly in.

The ramp up for this will start on Feb 16 so you can expect disruption from them, through to March 10 when the phase finishes.

The maps aren’t the best quality but you can view them in the document here. We have recreated the two main upper level ones for you below. 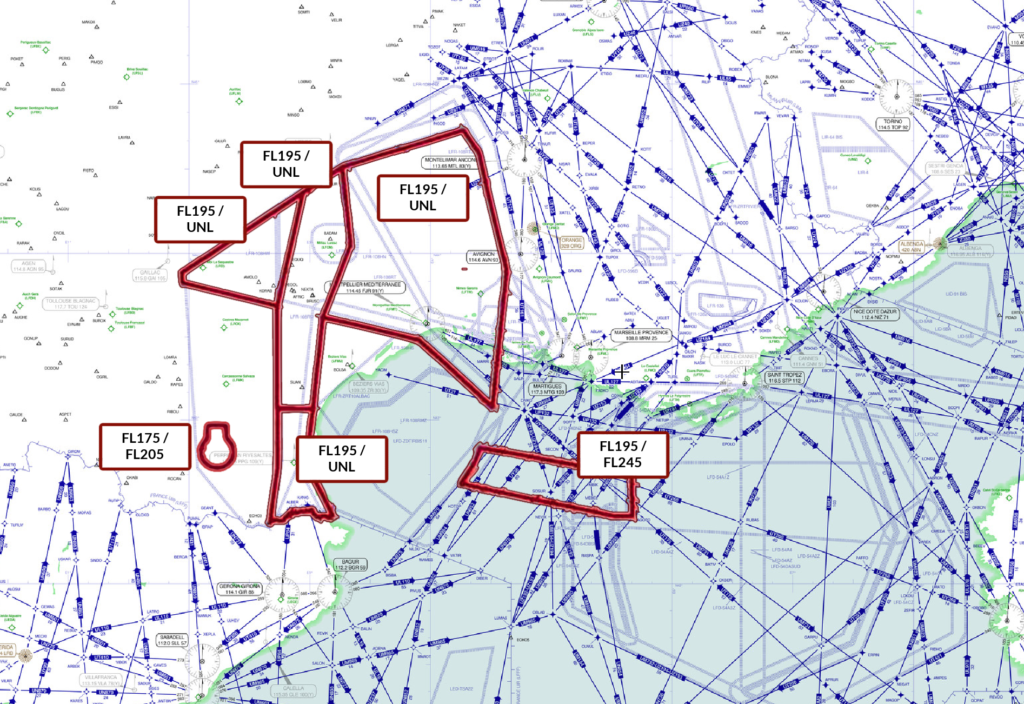 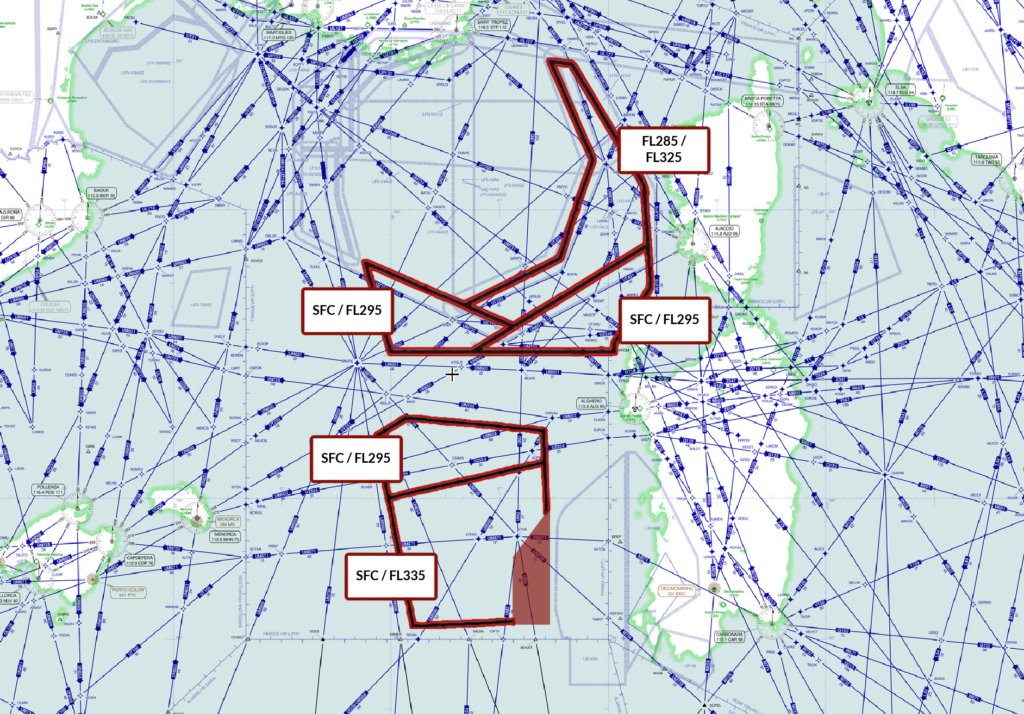 Because there are various different areas scattered across the region, flights may be disrupted in the areas between resulting in significant re-routes for overflights, with the impact felt across France and into UK airspace with NATS managing the routings that end.

A summary of possible threats:

There will be more information though right?

You can find a calendar of NATO planned exercises here to give a heads-up on future plans (and AIPs and Notams to look out for).

So, watch this space and be prepared for some frustrating planning and routing disruptions through Feb and March, and again in April.