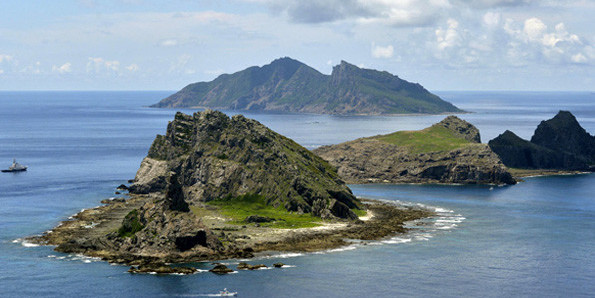 
There have been several media reports this week that China is preparing to set up a new ADIZ in the South China Sea. So far, nothing concrete is in place, but similar reports in 2013 were swiftly followed by the establishment of an ADIZ in the East China Sea. That ADIZ is still in place.

We published this analysis in 2013:

ANALYSIS The announcement of the new ADIZ has a political background relating to China’s broader assertment of sovereignty over offshore islands. The impact on daily operations for operators flying through the ADIZ is minimal, and the unilateral advice from the Foreign Affairs departments of countries responding to the announcement is to comply with the request for FPL’s to be copied to the AFTN addresses in the NOTAMs. It is important to stress that ADIZ does not represent extensions of a nation’s airspace, and as such a nation doesn’t exercise exclusive claims over the area. A nation enforcing an ADIZ thus does not have the right to force airplanes to change course or to refute access to the ADIZ – unless, under the international convention of national self defense – the airplane, for example, is determined to harbor hostile intent and presents an imminent threat to the nation. When an airplane declines to follow with the protocols set for an ADIZ, and is assessed to not be a threat, the most the nation administering the ADIZ can do typically is to track it – which may include scrambling jets if it so deems.

The same analysis remains current, and would do if the new South China Sea ADIZ goes ahead.

For the 2013 ADIZ, these details still apply: For any operator planning a flight through the ADIZ, the advice is to plan a normal flight, as per previous operating rules, and copy the flight pan to the AFTN addresses ZBBBZGZX and ZSACZQZX. This new ADIZ impacts 4 FIRs (RKRR, ZSHA, RCAA, RJJJ). There is no requirement for an overflight permit from China unless operating in Chinese Sovereign Airspace.

This report from the Asia Times in March 2016, again on the East China Sea ADIZ , points out that:

“China may be seeking to advance its position in the East China Sea over the long term after a short spike in tension, leaving a new status quo with the East China Sea ADIZ in place. China would acquire strategic advantage by asserting a maximalist position, then seeming to back down, while preserving some incremental gain — akin to a ‘ratchet’ effect. According to this theory,  China would project a calm image and justify the East China Sea ADIZ as a ‘reasonable’ step to which foreign nations should not object. If there is an accident, crisis, or loss of life, Beijing could then blame Tokyo, Seoul, Taipei, or Washington.”