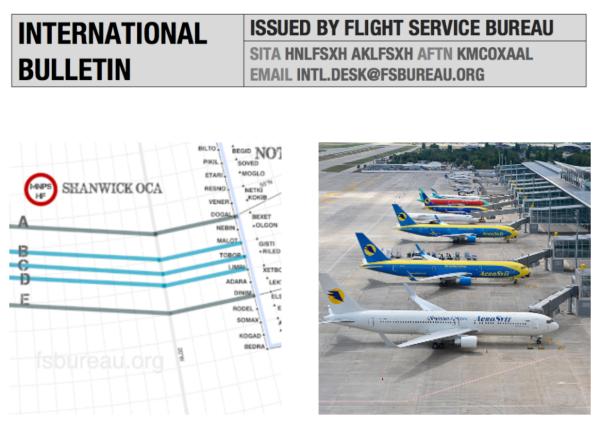 
26OCT2015 In around two weeks time, significant changes will occur to the design and structure of North Atlantic Tracks (NAT OTS), which have existed in their current lateral structure since the OTS introduction in 1965. The key changes are: a reduction in separation to ‘half-track’ compared to the existing structure, introduction of 24 new Oceanic Entry Points (OEP’s), and a new requirement for RNP4. A special briefing on these changes is below.

KORD/Chicago O’Hare There will be a TFR in effect for Oct 27 and Oct 28 due to VIP movement. Please see NOTAM 5/1931 for further details.

MMXX/Mexico The impact of Hurricane Patricia was less than feared. MMPR/Puerto Vallarta Airport, MMZH/Ixtapa, and MMZO/Manzanillo have all reopened and are operating normally.