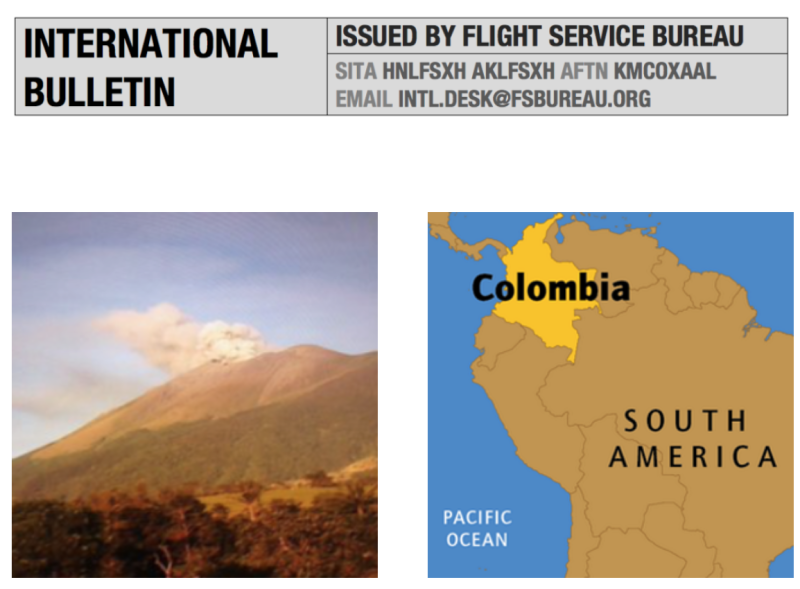 
Kanlaon Volcano Eruption 28DEC The Kanlaon Volcano in the Philippines erupted on 27DEC, with an initial ASHTAM issued up to FL260. Extreme caution advised for airways B472, B473, and W7. You can get the latest updates through the Tokyo VAAC.

New Years closures. Check opening times carefully during the next week, as many major airports and FBO’s have closures, especially on 31DEC/01JAN.

Kxxx/USA Scattered thunderstorms, some of which will be strong to severe, will move east across Kentucky, Tennessee, eastern Mississippi, Alabama, western Georgia and the Florida Panhandle. Heavy rain will once again trigger flash flooding over portions of the South. Airports in the risk area include KATL/Atlanta, KBNA/Nashville, KMEM/Memphis, KCHA/Chattanooga, KBHM/Birmingham, KMOB/Mobile and KLEX/Lexington.

HSSS/Khartoum, Sudan has no Jet A1 available to Ad-hoc operations between 27DEC and 05JAN. Carry return fuel or choose another tech stop.

MUFH/Havana FIR, Cuba Airspace restrictions in place 23DEC-31DEC due to staff shortages, airways UB760 and UL210 are northbound only, and between 1400-0100Z daily, all aircraft will be spaced 25nm apart through the Havana FIR, regardless of altitude.

LSZH/Zurich has parking issues for Private flights, the Airport Company will generally only accept 6 hours ground time. Extended stays will require a reposition to another airport, limitation until 06JAN.

Space Weather/Polar Ops 55% risk of R1-R2 Minor to Moderate Radio Blackout risk predicted through Dec 30th. For the most up to date information please see the NOAA Space Weather Dashboard for Aviation.

LTFJ/Istanbul A Kurdish militant group has claimed responsibility for an attack at Istanbul’s second airport that killed 1 person, and threatened more assaults.

FAA/North Atlantic Aircraft operators crossing the North Atlantic have been required to include the aircraft registration and six-character hexadecimal code that is the aircraft’s address in Item 18 of their ICAO flight plans. However, an FAA review of flight plans filed during a one week period revealed that many operators were not meeting this requirement. Therefore, the agency has issued Information for Operators (InFO) 15015, which emphasizes the importance of providing the required information in the proper format.

Vxxx/India Signaling a major shift in granting air traffic rights, the government is looking at restricting the number of landing points for overseas airlines irrespective of their seat entitlements.A senior Civil Aviation Ministry official said it was looking at restricting the ports of call given to foreign airlines under bilateral rights, while remaining flexible on seat entitlements.

VAJB/Jabalpur The Aviation regulator DGCA has suspended the license of Jabalpur airport following an incident early this month, in which a herd of wild boars marched onto the runway during the taxiing of a commercial aircraft. Following suspension of its license, no flight operations can take place from Jabalpur airport, sources said adding that the AAI has been told to remove deficiencies including proper fencing of the operational area.