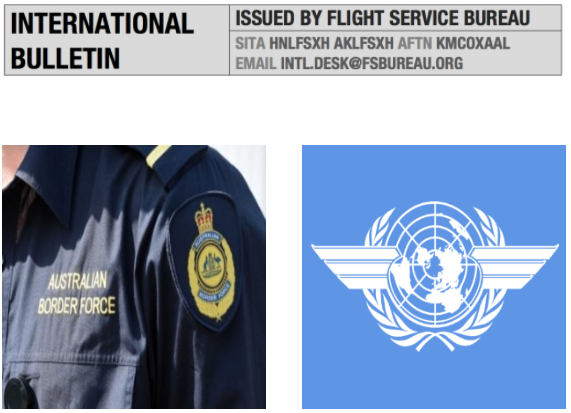 
Australia Airport Workers Strike 09MAR The Community and Public Sector Union (CSPU) announced the possibility of a strike during the week of 21 March, as well as three weeks of rolling airport strikes by Border Force and Immigration Department staff at international airports across the country. Airport staff members are expected to begin a work stoppage on 24 March, to coincide with the Easter holiday weekend, and will walk off the job at airports, freight terminals and other related sites. The work stoppages will be held to protest wage freezes and work conditions. Further details are likely to emerge closer to the strike.

ICAO Toughens Aircraft Tracking while in distress 02MAR The ICAO has announced new requirements for the real-time tracking of civilian aircraft in distress, following the disappearance of Malaysia Airlines flight MH370 two years ago. The ICAO’s governing council approved proposals for planes to carry tracking devices that can transmit their location at least once a minute in cases of distress. Aircraft operators will have to ensure their flight recorder data is recoverable, while the duration of cockpit voice recordings is being extended to 25 hours, ICAO said in a news release. These changes will take effect between now and 2021.

United States Visa Waiver Program Passport Requirements Take Effect April 1. Visa Waiver Program (VWP) travelers must present an e-Passport containing a biometric chip in order to enter the United States visa-free after March 31, 2016.  VWP travelers who do not hold an e-Passport should apply for a new passport as soon as possible to ensure that they can continue to use the program without interruption. The e-Passport requirement applies only to VWP travelers; it does not affect holders of U.S. visas.

India has extended its e-Tourist Visa program to applicants from 37 additional countries. Also, the visa-on-arrival program for certain Japanese nationals who are unable to apply for a regular or electronic visa has been relaxed to allow multiple visits per calendar year. Lastly, the deadline for Person of Indian Origin card holders to apply for the Overseas Citizen of India card in lieu of Person of Indian Origin card has been extended until June 30, 2016.

Ecuador The Ecuador’s Geophysical Institute reported that the Tungurahua volcano has experienced a series of eruptions. Pyroclastic flows and fallen ash have collected near the crater. During past eruptions, the volcano’s clouds of ash have disrupted flights to major airports in the region.

KZWY/New York Oceanic has issued NOTAM A0105/16 advising restrictions to routings in the WATRS PLUS area due to the (QVR) Oceana Radar being U/S on March 9th and March 10th between the hours of 14-22Z. The restrictions are issued as follows:

Northbound: L453 will be closed.

Southbound: M201 will be clsd btn int atugi and hanri.

Only aircraft equipped with operational ADS-260B out may use the following routes:

Southbound: L453 between LEXAD and ONGOT

All ADS-260B out aircraft must file an icao flight plan.

UIBB/Bratsk issued a NOTAM restricting the arrivals to only scheduled services due a fuel shortage until March 31st.

PKMJ/Majuro (Marshall Islands) Monthly tanker replenishment is planned for Mar 21-25. During this time, fuel will not be available.

VTSP/Phuket,Thailand has issued a NOTAM advising that the parking of private aircraft is prohibited overnight until April 25th.

Nigeria has experienced a country wide fuel shortage. Please check with your handler ahead of time to ensure fuel is available. Tankering is highly recommended until further notice. 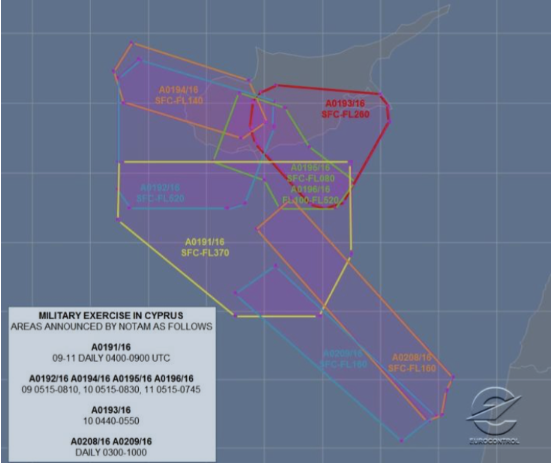