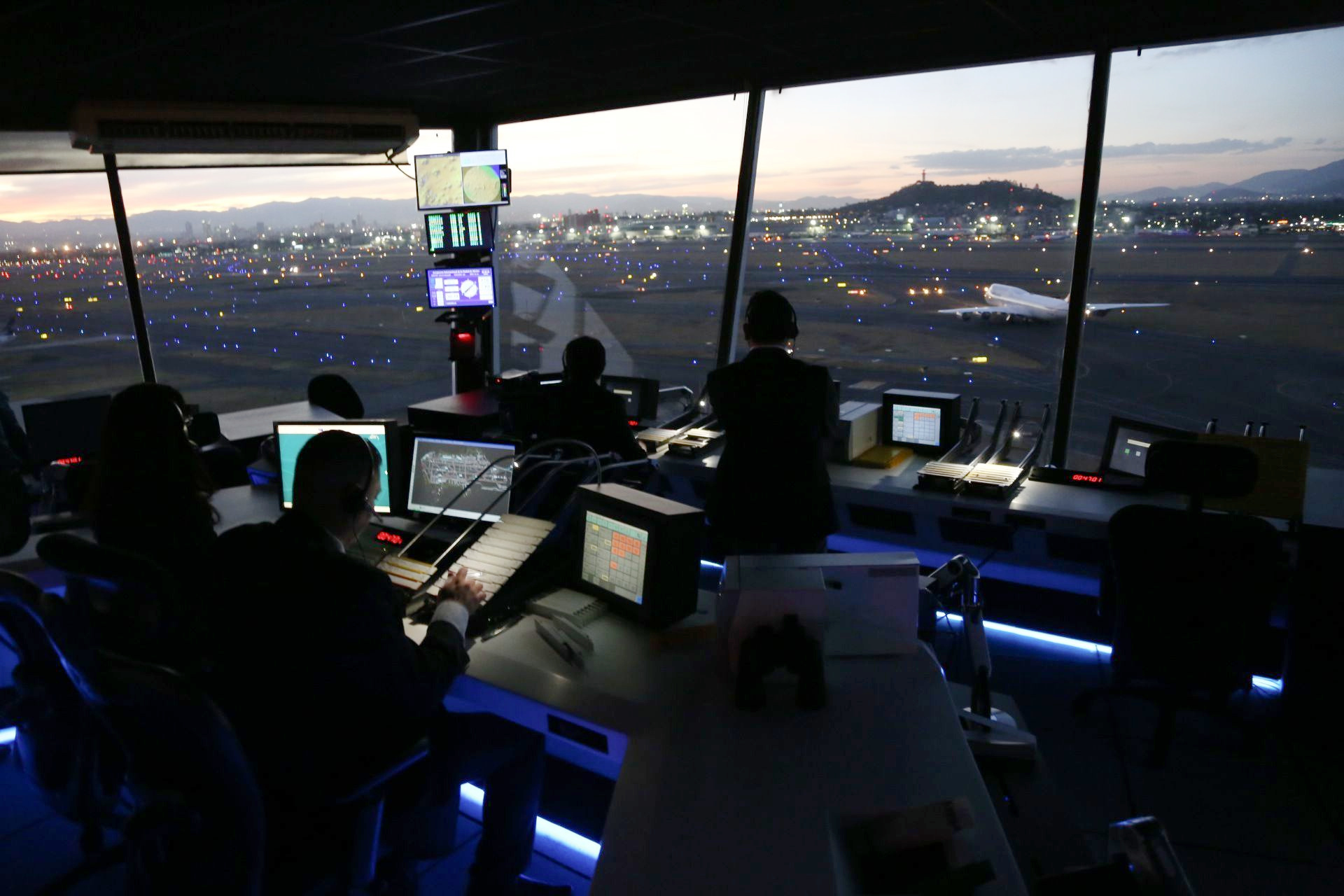 
What is going on around Mexico City (or should we say ‘Mess-ico City) at the moment? Aircraft near misses, security and safety concerns, ATC errors…

IATA report there have been at least 17 incidents of EGPWS warnings in the past year, and have written to the Mexican Airspace Navigation Services expressing concern –

“As you know, these alarms, without the quick action of the flight crew, can lead to a scenario of controlled flight into terrain, CFIT, considered by the industry to be one of the highest risk indicators in operational safety, and with the highest accident rate, as well as fatalities,” their letter said.

The situation seems to be compounded by the recent opening of nearby MMSM/Felipe Ángeles which is causing control challenges for ATC (more on that below). 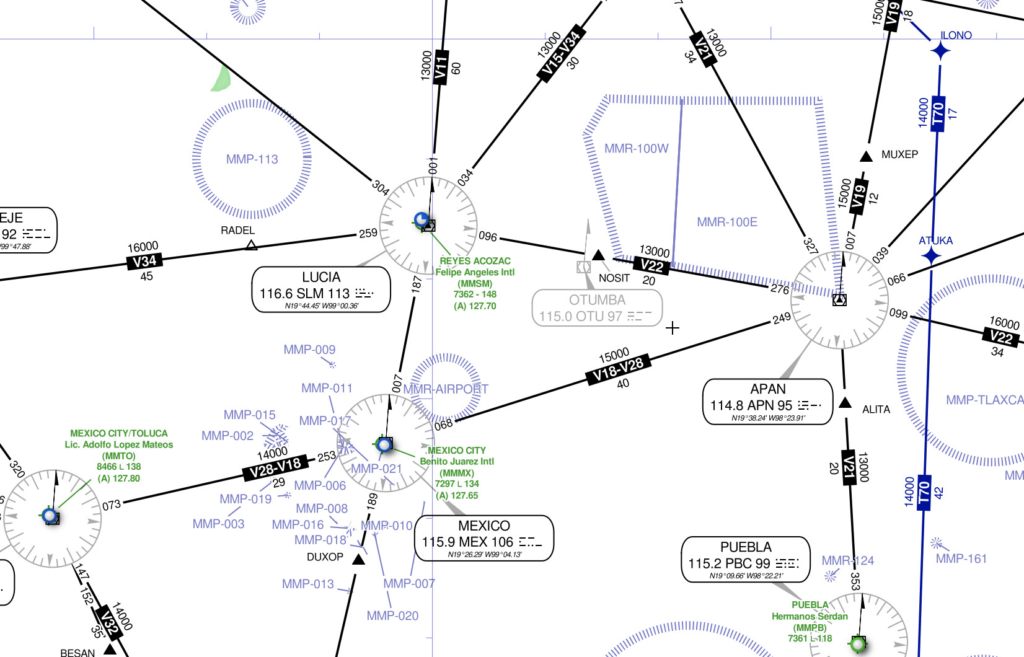 The near-miss incident at MMMX/Mexico City

On May 7, two Volaris aircraft had a near-miss, potentially due to controller error, when an aircraft was cleared to land runway 05L while another had been cleared to depart 05L. The last minute go-around was prompted by crew in another aircraft:

What’s being done about it?

The Mexican Government have launched an investigation, but have already commented that the incident was most likely caused by an ATC mistake, noting Mexico has a shortage of about 250 controllers, which means they work longer hours.

They have also said that the airport will reduce capacity by 25% over the next 12 months while the situation is sorted. This is reportedly due to start in August 2022, with flights transferring to Mexico City’s new MMSM/Felipe Ángeles airport as well as MMTO/Toluca airport.

MMSM/Felipe Ángeles (formally known as Santa Lucia) opened in March 2022. The government decided to upgrade an existing airbase following the scrapping of the Texcoco airport project.

MMSM boasts three runways, all with CAT I ILS approach facilities, and two 4,500m (14,764′) in length. The airport sits at an elevation of 7362′, and has an MSA of 15,700′ making it a relatively challenging spot (although MMMX/Mexico City is arguably more challenging).

Both airports serve Mexico City and are only about 40km apart meaning ATC have suddenly found themselves dealing with much more complex airspace, and still have that pesky terrain threat to contend with as well.

According to air traffic controllers cited in local press, the number of aborted landings has doubled at MMMX/Mexico City airport this year due to the redesign of airspace to allow MMMX and MMSM airports to operate simultaneously. Insufficient training and lower than standard phraseology are not helping the situation. You can read more on this here. 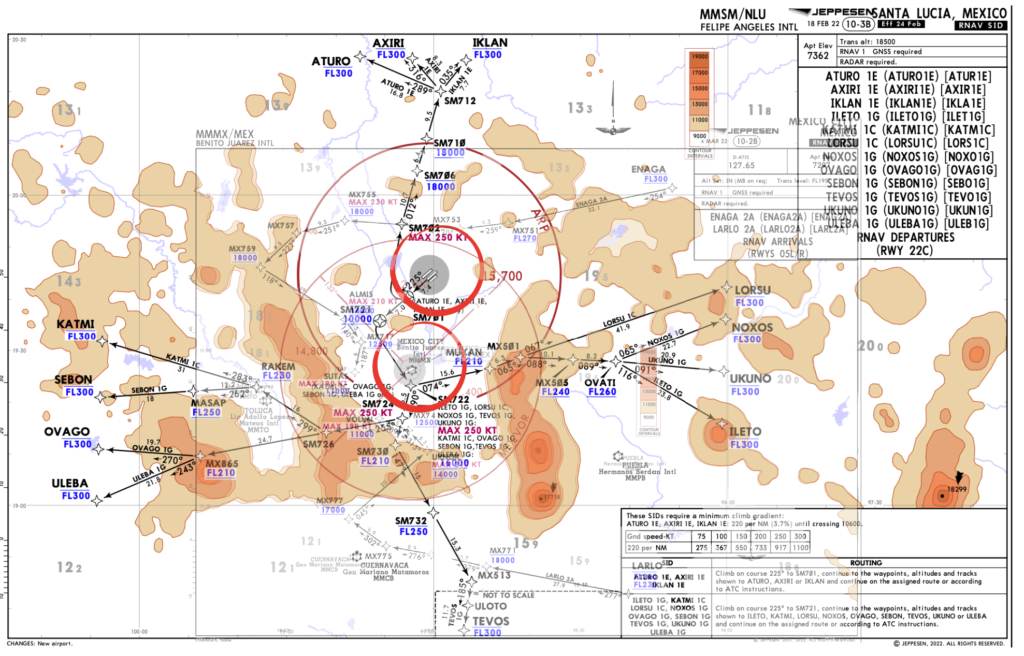 Overlaying the departures for MMSM with the arrivals for MMMX shows how messy the airspace now is.

Sometimes folk write in with reports on airports. Someone did this about MMSM, and it wasn’t great.

We have paraphrased below –

“The airport is still not fully constructed from the sounds of it, having been opened speedily by the government. The airport is not ready to support international operations and to reach it from Mexico City involves a pretty bad 2 hour drive through so rough neighbourhoods. Be safe – don’t use this airport.”

Mexico does have some safety and security issues, and these do impact operations, particularly into MMMX/Mexico City international.

The airport comes out one of the highest for:

Both airports lie near (or in) neighbourhoods with high crime rates, so crew security if on a layover should be taken seriously.

The FAA downgraded Mexico’s safety rating back in June 2021. Here’s our post on it if you want a read.

This downgrade doesn’t mean the FAA thinks the country isn’t safe to operate into. It is generally aimed more at the safety of the airlines registered there. But it is often based off the level of oversight, quality assurance and maintenance in the country.

Which means when you see a downgrade, you should have a little more caution because the infrastructure, training for the likes of ATC etc, or general regulatory oversight might not be up to scratch and this could have some safety impact for you.

What to do with all this info?

Well, avoiding going would be extreme, but being extra cautious when you do – especially with regards to looking out for other traffic, and paying special attention to your terrain clearance – might not be a bad call.

You might want to carry extra fuel as well to deal with those holding issues as well.

Please send us your reports.

We can only share on the info we receive from folk heading there so if you do, we would love a report from you (and will keep it anonymous if you want) – news@ops.group