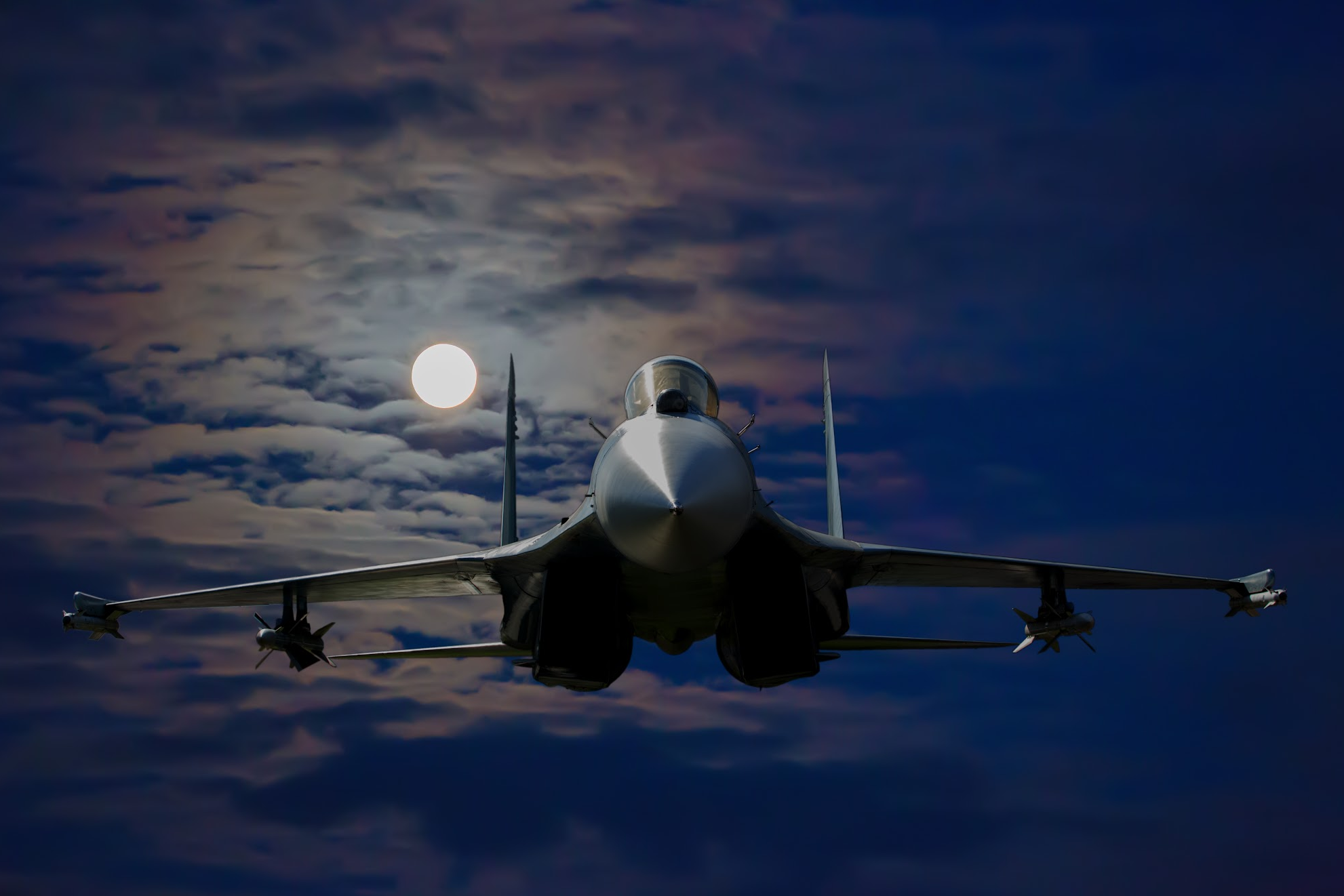 
There are a bunch of military exercises scheduled in Europe for May. Normally we would just pop out a few little alerts on them, but there are enough big ones that we thought a post combining them might also be handy.

Or you can go look on the Eurocontrol Operations Portal.

The Operations Portal hurts my eyes. Just tell me now.

First up, starting with the biggest, is ‘Athena 2022’. You know its a big one because it is named after the Goddess of War…

This takes place in France between May 3rd and 13th, with the main exercises on the 10th and 11th.

It involves a lot of aircraft at all levels, and live firing which means some prohibited airspace in the affected FIRs – namely LFFF/Paris, LFRR/Brest and LFBB/Bordeaux. That said, the live firing is all scheduled to take place at night so the operational impact is only low to medium. 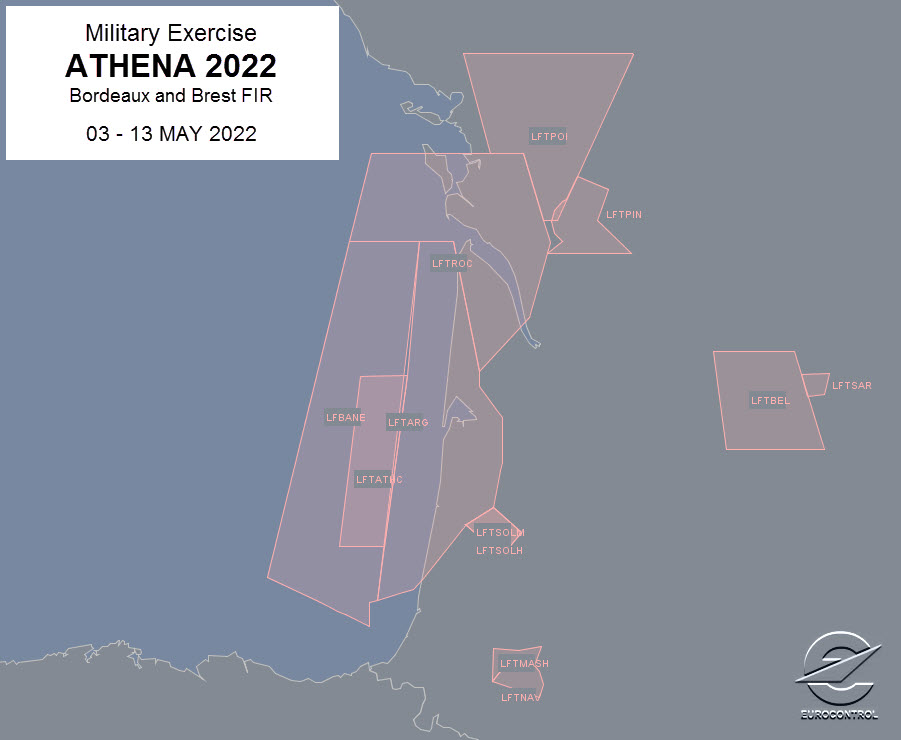 Small area, but lots of levels

Another big military exercise, ‘Mare Aperto’ takes place in Italy from May 3-27. The LIRR/Roma, LIBB/Brindisi and DTTC/Tunis FIRs are the main ones to be impacted.

It is described as a ‘multinational large scale exercise, involving naval and air assets’ and is expected to have a low to medium operational impact.

Again, there are some forbidden areas which will be activated at different times to keep an eye out on normals or read all about it here in Italian AIP SUP S3/22. 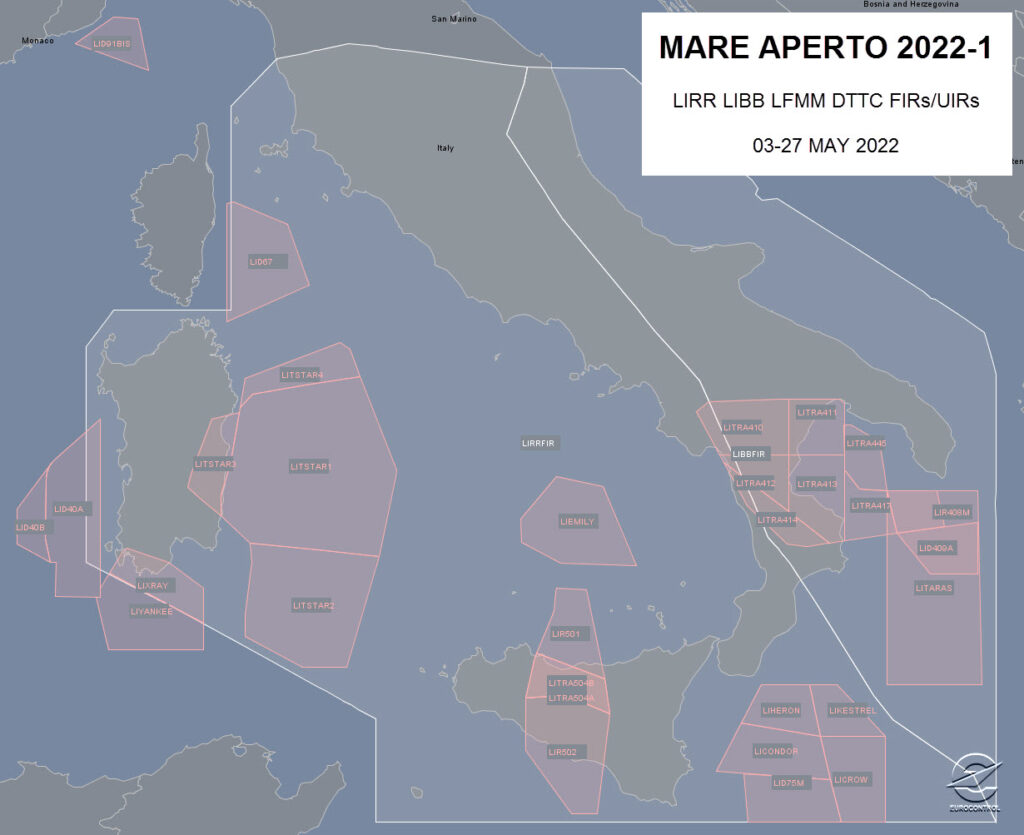 Which means “offshore”. Whoever names these…

Less big, this takes place in Lithuania from May 3rd to 16th and is only expected to have a low impact.

Last but actually not least is ‘Ilmataktiika’ which I thought might mean something exciting, but actually just translates as ‘Air Tactics’ (quite obvious in hindsight).

This takes place in Finland daily between May 2-6. There are the usual danger zones, but they also have some big buffer zones in this one so it impacts quite a large chunk of the EFIN/Helsinki FIR.

They published some flight planning ideas for this one, which are useful if you’re going to be below FL110: 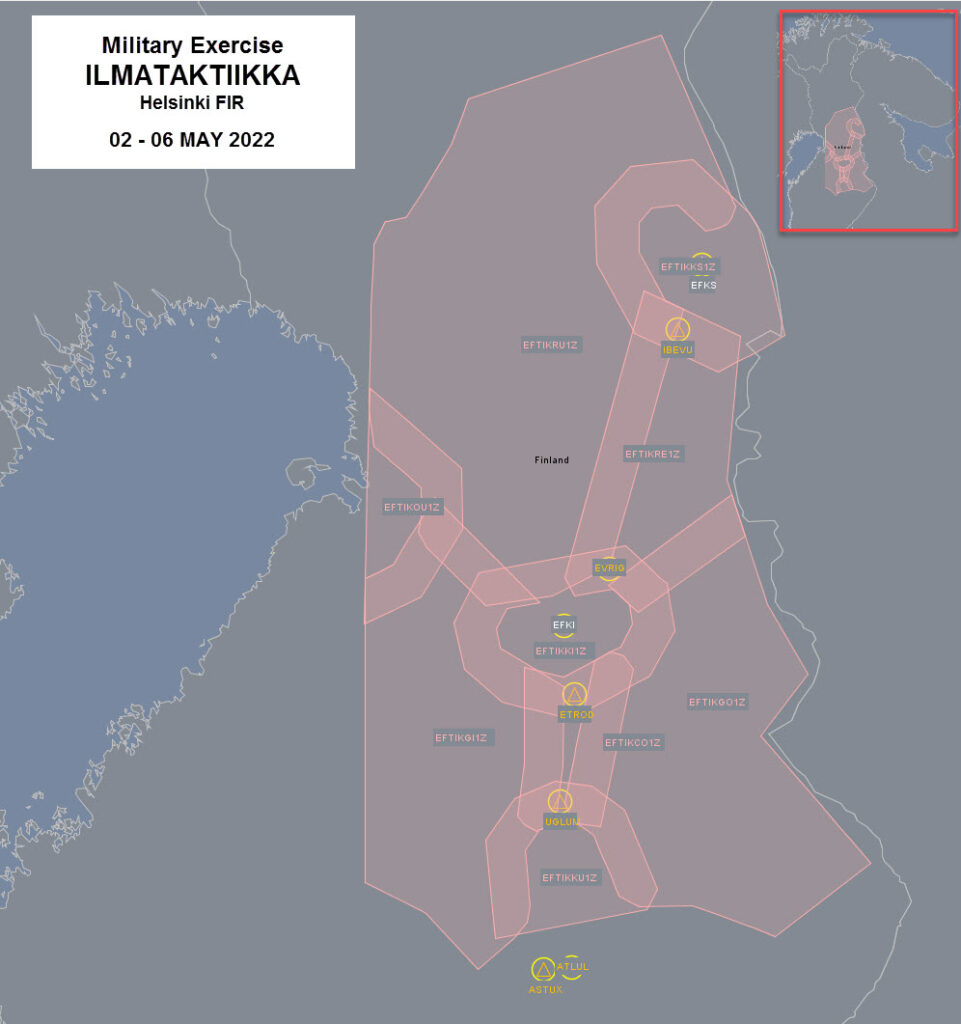 Lots of buffering on this one