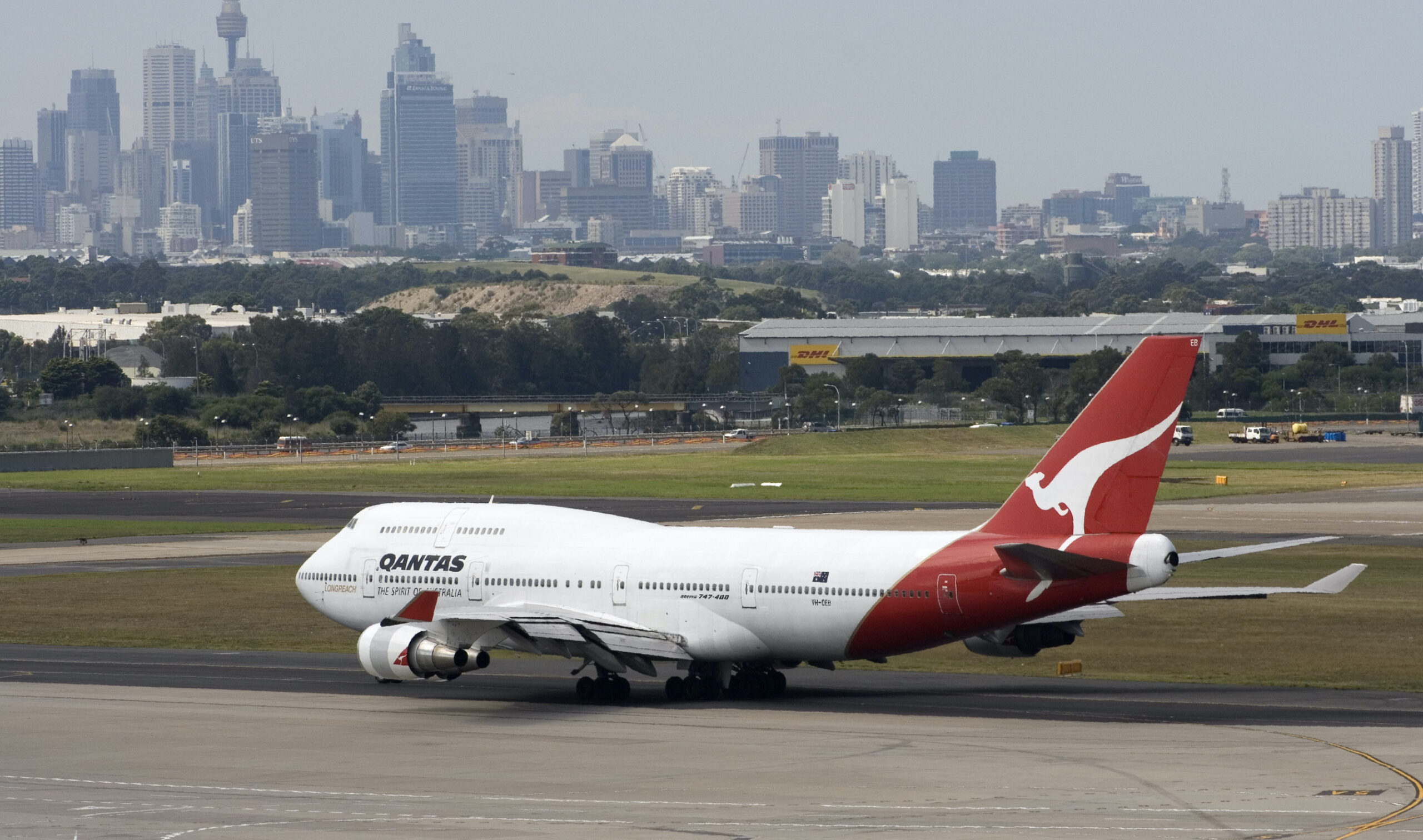 
From October 15 until late November, major work is taking place on the threshold of YSSY/Sydney’s world famous Runway 16R – the most used, widest and longest runway at Australia’s busiest airport.

During that time it will not be available for any arrivals (around the clock), and there will be a reduced length for departures.

Here’s a quick rundown of what this means for operations at the airport, and what to expect if you’re visiting the Emerald City in the coming months.

The threshold slab is over half a century old. Pavement failures have been on the rise leading to FOD damage and temporary repairs have become a common occurrence. With things being quieter at the moment, the airport is finally biting the bullet and replacing it completely.

Airport authorities looked at simply displacing the threshold for Runway 16R for arrivals but decided that operationally it wasn’t safe or efficient. So instead, procedures at the airport will temporarily change.

First of all, carry extra fuel. With all arrivals being sequenced for one runway, you can expect extensive holding and/or slow-downs during peak times. Just like the freeways, these are early morning and early evening.

Wide body traffic can expect to vacate at T6 – right down the far end. From there it’s a much lengthier (and potentially confusing) taxi to the international side of the airport which may see you cross two active runways. Remember that progressive taxi instructions are always available if you’re unfamiliar with the airport.

Runway 07/25 is also available if you need it operationally, and it is around the same length. You’ll need to request this early from ATC. Remember to use the phrase ‘operationally required’ – it will help ATC to accommodate your request.

In northerly conditions, Runway 34L will still be used for arrivals at reduced length. The LDA will be approx. 11480’/3500m. Expect to see workers and trucks at the far end. Also, a head’s up – the ILS won’t be available during the works. The GLS approach will still be an option, but if you can’t fly one in your ride, you’ll need to do an RNAV approach. They’ll cancel work for the day and switch the ILS back on if things are starting to look murky out there.

Here’s a picture of what this all looks like: 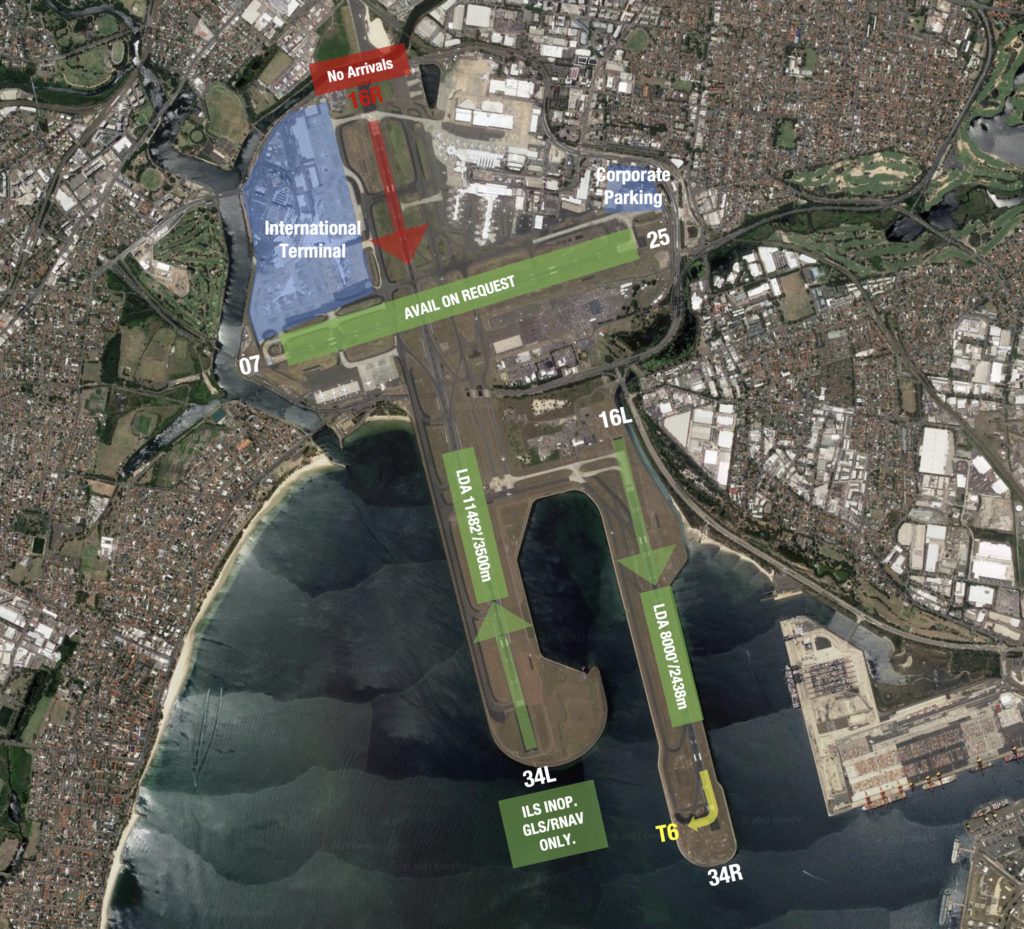 You will still be able to depart from Runway 16R, but you’ll need to roll from between taxiways Foxtrot and Golf.  Small jets and turbo props may be be cleared for take off from Foxtrot, but heavier jets can expect to taxi forward to Golf first due to jet blast. TORA from there is 9347’/2849m. 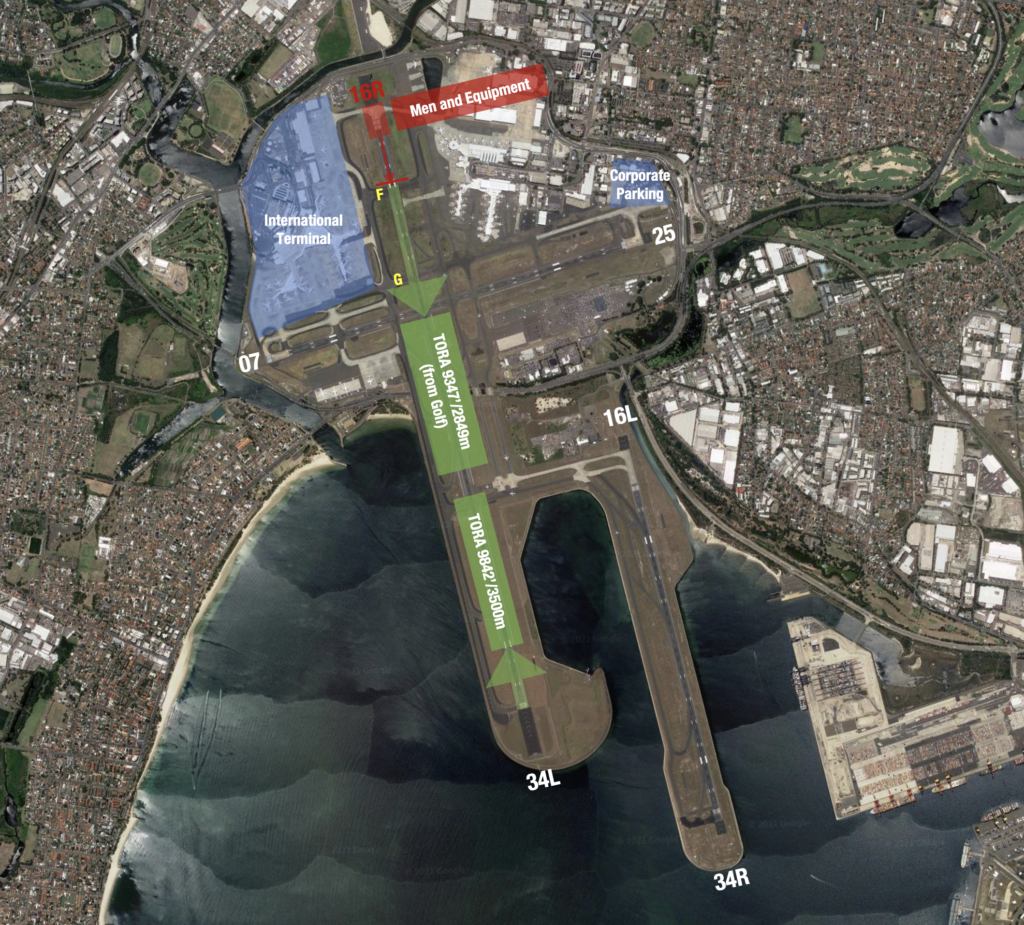 Sydney can experience severe convective thunderstorms late in the year (the warmer months down under). If the winds are southerly, and there are thunderstorms forecast it’s time to think extra hard about fuel planning during this time.

Being part of one the busiest air corridors in the world, and with only a single runway for arrivals the queue may begin to back up in a hurry during storms. Extensive holding times and diversions are not uncommon in these conditions.

There are a few decent options as alternates, but they’re not right next door. The closest is YSCB/Canberra (132nm). A few things to think about though – it can be a challenging place in bad conditions due to the high terrain that surrounds it. Apron space can also become limited if it is receiving lots of diversions.

Most international operators use one of the below: 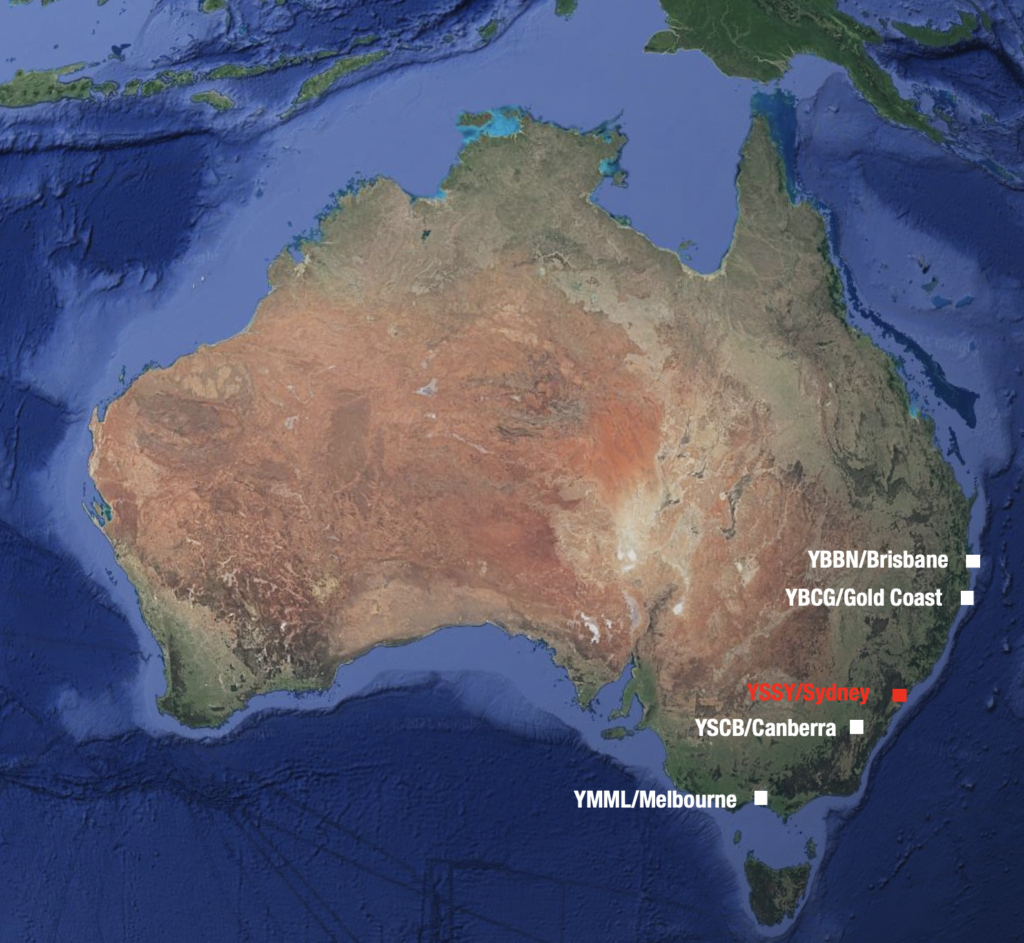 Looking for the official word?

YSSY Notam H5212/21 is the place to start. IFALPA has also published a Safety Bulletin based on the info available from airport authorities.