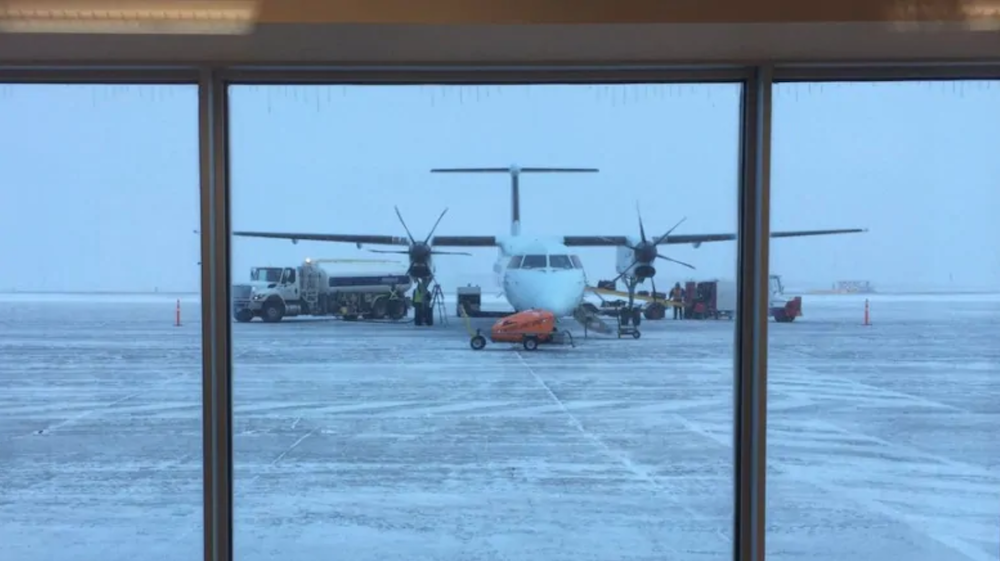 Goose Bay: “Our runway is broken”

Goose Bay: “Our runway is broken”

Larger jets will not be allowed to land on three out of four runways at Goose Bay for the next three months, as they’ve found cracks after the winter thaw.

The airport has settled on a final version of their “Our runway is broken” Notam, and it looks like this:

So not the most pilot-friendly piece of information! Unless you happen to know your tire pressure off-hand, best head for RWY 16, which is the only one that remains fully open and operational to all aircraft (the only reason RWY 34 is restricted is because aircraft using that runway touch-down on the intersection with RWY 08/26 – which is where some of the cracking damage has been found).

The Notam does state that the other three runways at CYYR can still be used an ETOPS alternate, meaning that you’re allowed to divert there in an emergency regardless of size, weight, tire pressure, or ACN. However, with the deteriorating runway conditions they’re also warning of possible aircraft damage due to loose sealant and asphalt:

The mention of “ACN/PCN” in Goose Bay’s Notam made us close our eyes and try to imagine a world where Notams just made immediate sense.

Knowing your tire pressure is one thing, but trying to work out your ACN number is a much more tricky business, as it has to factor in the aircraft’s maximum centre of gravity, maximum ramp weight, wheel spacing, tire pressure, and other factors. Your AFM should have a bunch of pages which tell you this (or you can have a quick look here instead).

Once you know your ACN number (or rather, ‘numbers’ – as there are different ACN numbers for each aircraft depending on the strength of the runway you’ll be landing on), you can then check it against the runway PCN number – the number issued for each runway which tells you what kind of surface it is, how strong it is, and what level of stress it is able to withstand.

Ultimately, if your aircraft’s ACN is equal to or less than the runway’s PCN, you’re good to go.

In the AIP, Goose Bay’s runway PCN is 076FBXU. The important bits here:

So, under normal circumstances, CYYR has a runway PCN of 76, meaning most aircraft would be able to operate here:

But with all the runway cracking that’s been going on, Goose Bay’s PCN number is no longer accurate. It’s probably safer to assume the B is more like a D right now – runway strength ‘Very low’. And the new CYYR Notam suggests the new PCN number is 40 (as aircraft with an ACN number higher than that are not allowed to go there).

A quick check on GoCrow shows us there’s really nothing available to the north of CYYR:

But there are some decent options to the south:

This isn’t the first time Goose Bay has had problems with its runways. In Nov 2017, the airport was closed due to ‘sticky’ runways – during snow removal crack sealant was found on vehicles after they were used on the runways.