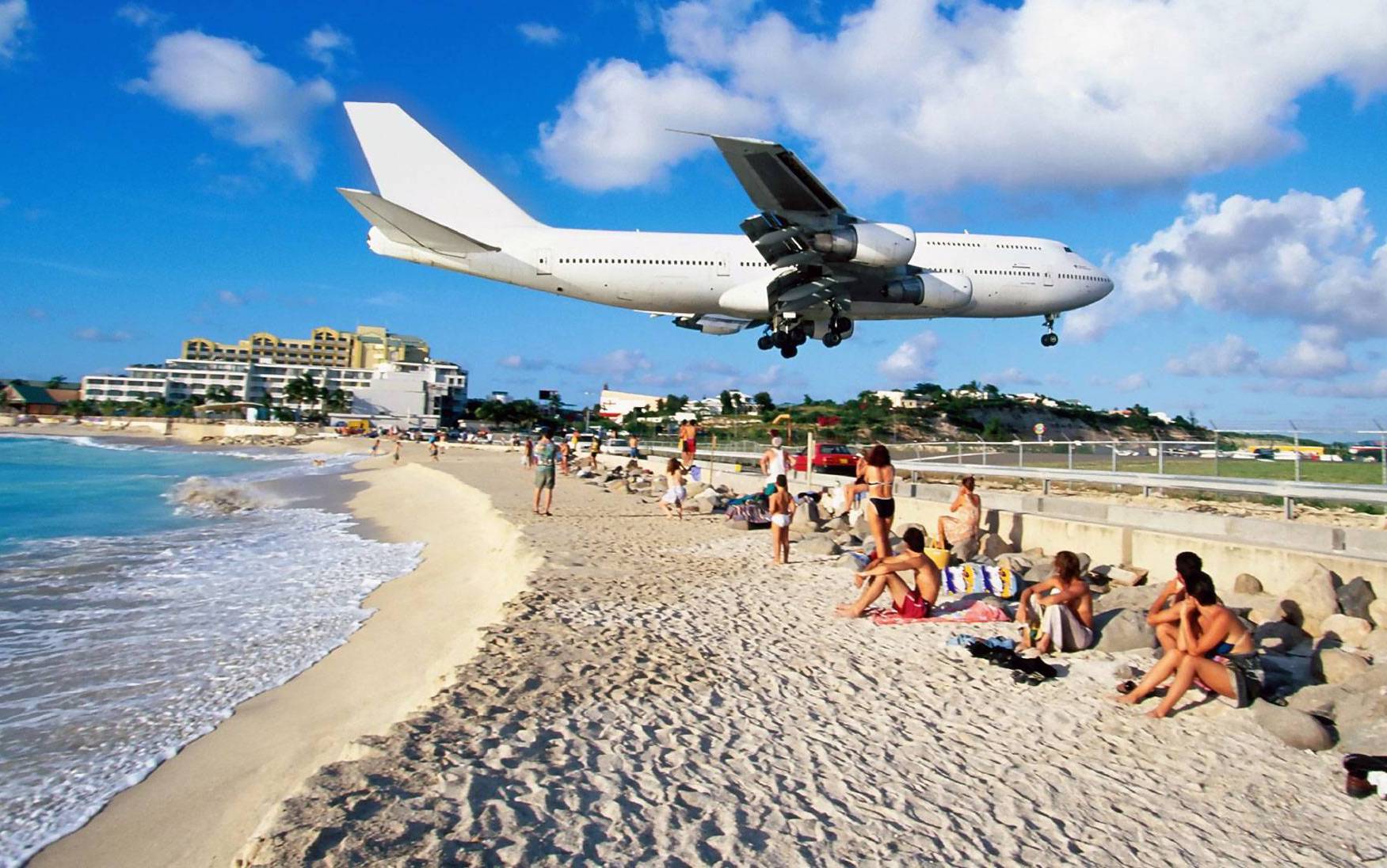 
Some weird but cool stuff happened in Europe during our two-year lockdown – French ATC signed a long-term deal guaranteeing no more strikes in our lifetime; the UK extended a hand of friendship to our neighbours in the EU, doubling down on the close bond that exists between us; and dolphins returned to the untrammelled, rejuvenated waters of Venice’s canals. 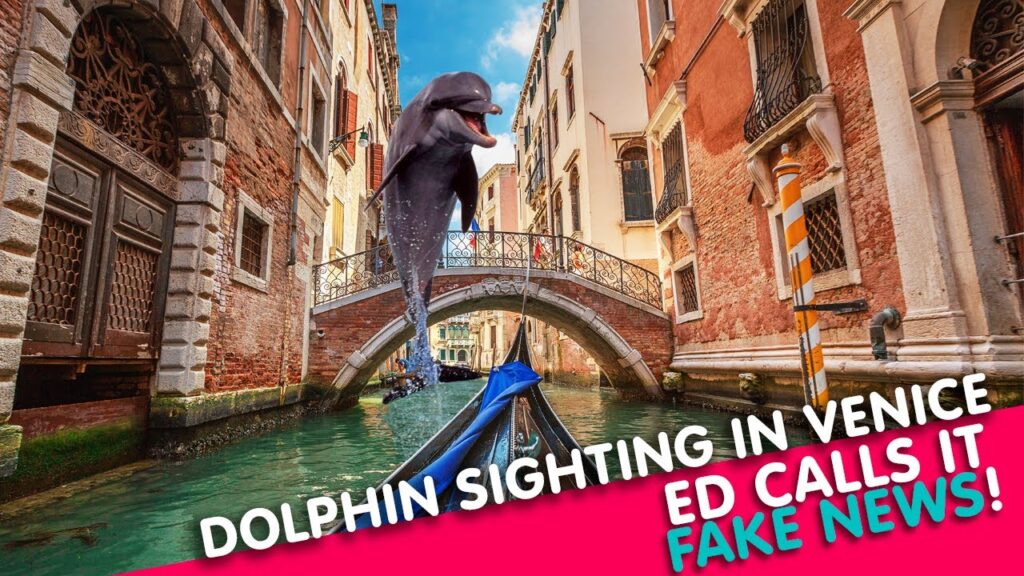 Sadly, none of that is true. Fake news. It was two long, grim years of nothing.

For us folks in aviation, 2020 onwards has felt like a bit of a wasteland – especially for those in the bizav world. You can read some stats which will tell you that global air travel went down by as much as 60% at the lowest point during the pandemic, but essentially that number should be ZERO. There has been ZERO flying in the past two years. That’s how it should read. That’s how it’s felt.

We’ve been pumping out the alerts, trying to do our bit. But behind every Covid update has been the ghost of a suspicion that for most folk, the rule changes won’t have much of an impact…

Don’t work for Air India or United Airlines? ZERO. That’s how much flying to India you’ll be doing.

ZERO. Tuvalu? No one’s going there. They have a population of 12000 people and they’re all home already. Erase all trace of Tuvalu from your airway charts with immediate effect.

In the here and now, two years later, everything has changed! Restrictions have eased, and travel has boomed.

It’s been weirdly depressing to watch just how badly some of our European airlines have prepared for the travel surge. In recent months we’ve seen some of Europe’s biggest airports (EGLL/Heathrow and EHAM/Amsterdam in particular) crumble under the weight of holidaymakers, with flights cancelled left, right and centre, and airport check-in queues snaking out into car parks.

Come on, guys! We’ve all been locked indoors for two years! We’re like Harry Potter, caged in his broom cupboard, staggering out into the sunlight; like Tim Robbins at the end of The Shawshank Redemption, after he’s crawled to freedom through five-hundred yards of prison sewers, clawing his shirt off in the rain. 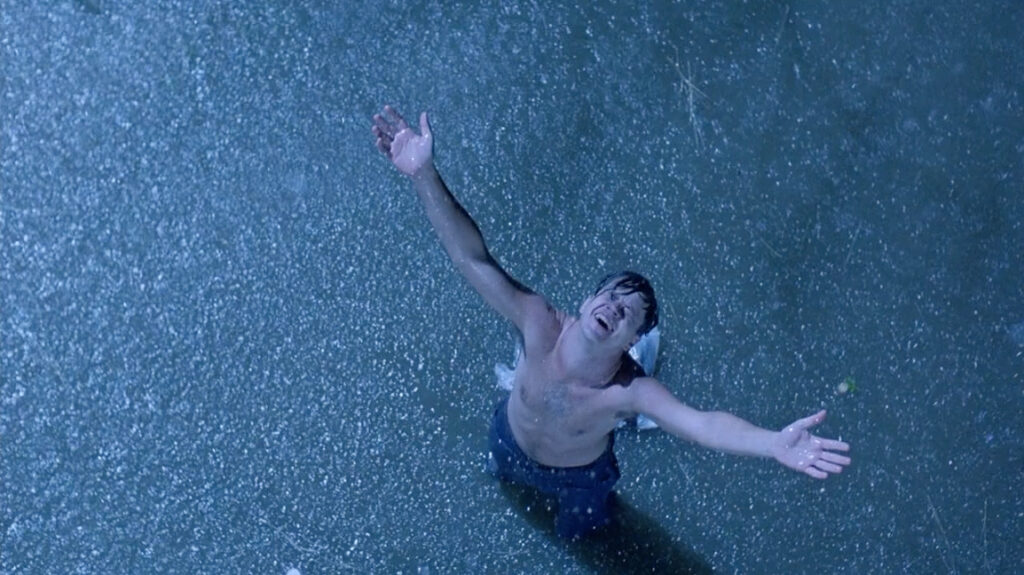 EVERYONE wants to go on holiday. Somewhere sunny, somewhere that feels like it did back in 2019, somewhere we don’t have to wear a mask or be triple-boosted or be related to a domiciled citizen through our fourth cousin twice removed in order to get into the country.

They were early pioneers of making things simple by just dropping all Covid restrictions. Effective May 2, 2022, all Covid related entry restrictions were dropped. BAM, just like that! Anyone can enter from anywhere, regardless of vaccination status. No time spent on Greek websites working out the rules, no paying for PCR tests, no nonsense. 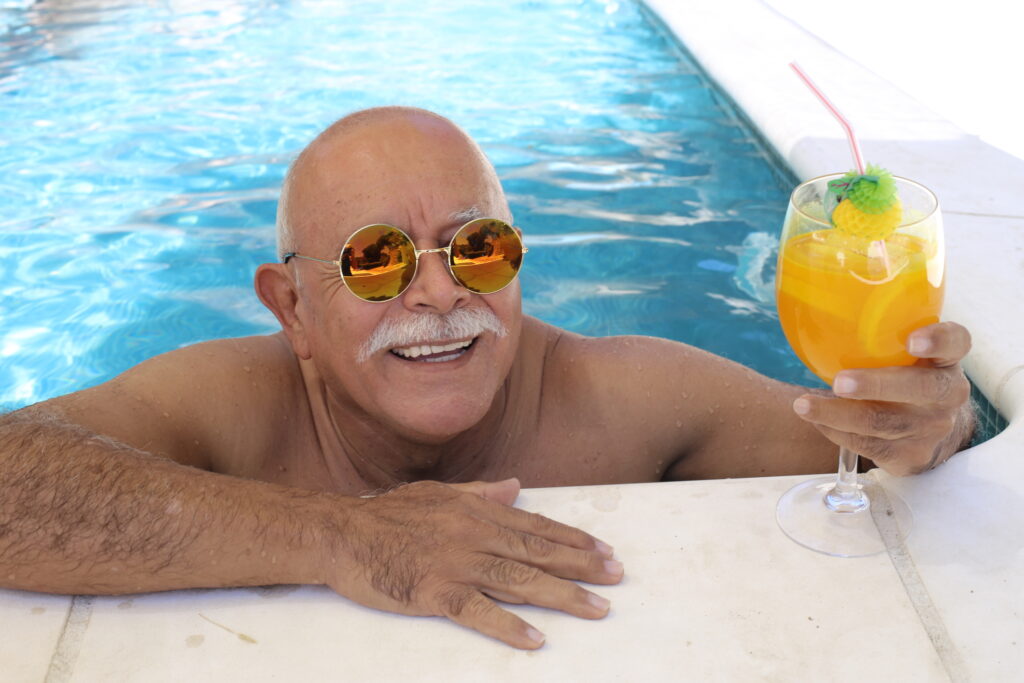 So here’s the thing with Greece. Rather than write out a long list of Greek airports that will probably be super busy this summer, it’s much easier to just remember it like this: all Greek islands will be horrifically busy this summer. Athens too.

Very few slots are made available to non-scheduled ops, overnight parking is scarce, even quick turn arounds are extremely difficult in some cases.

There are loads of island airports in Greece, but there’s a special collection which are managed by a German company called Fraport. 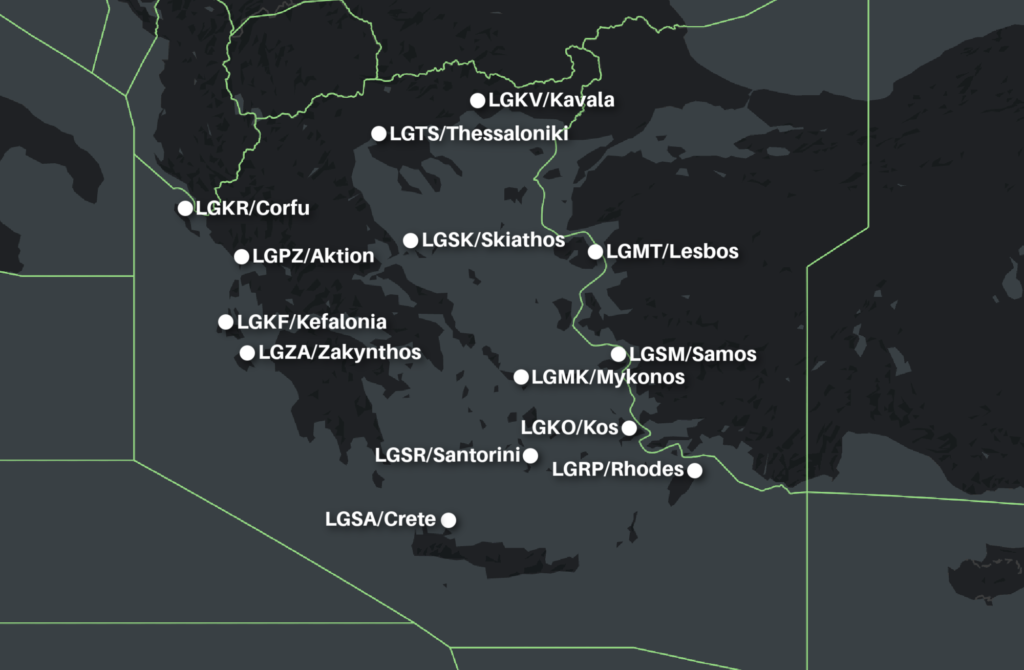 The 14 Greek airports managed by Fraport.

“Special” just because operating to these particular airports has become increasingly challenging since their privatisation in 2017. Fraport initially struggled to deal with providing parking to non-scheduled and business aviation, and new slot procedures were introduced to try to better manage the volume of requests being made.

How long can I park my aircraft on the islands?

Not long. There are two places to check how long you can stay on the ground at these airports – and you need to check both.

The first is the PPR Handbook Fraport have published which includes this info in handy chart form, plus a bunch of extra info about how to actually go about applying for PPR. 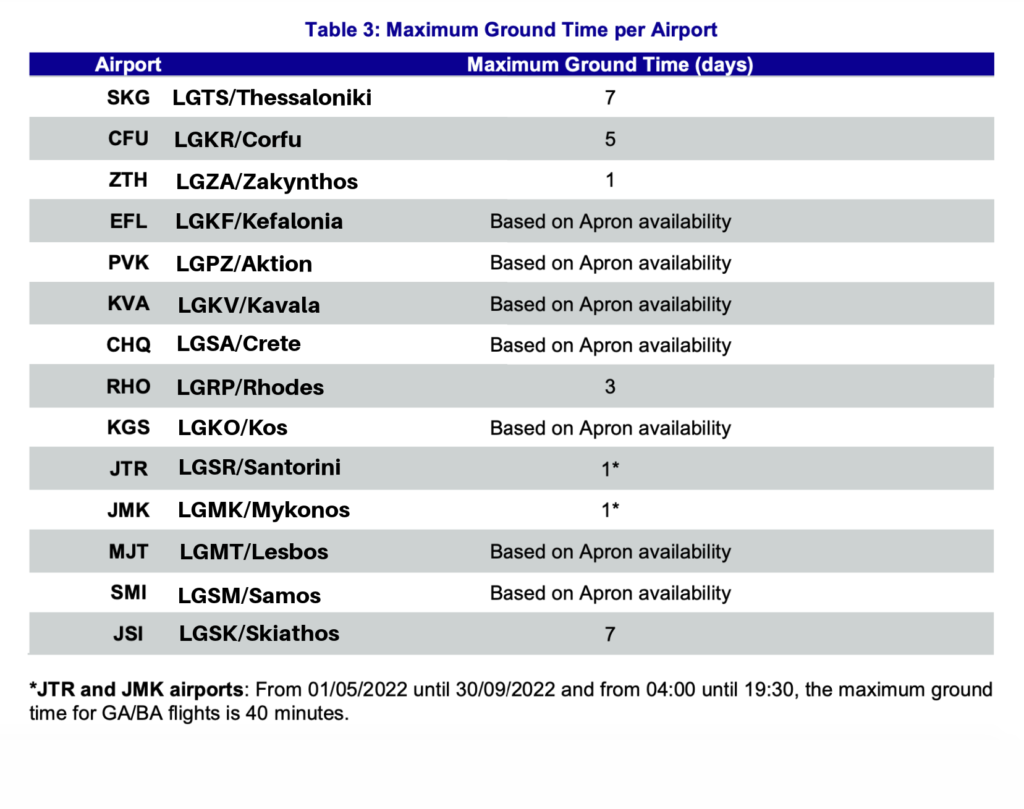 (We added in the ICAO codes to save you from having to check!)

The second place to check is the Notams, and this applies to ALL Greek airports. With peak summer season coming in July/August, expect to see even more restrictive max-time-on-ground Notams get published.

The real stingers on this list of airports are of course LGSR/Santorini and LGMK/Mykonos, where the max time on the ground is 40 mins until the end of the summer. Watch out for Mykonos in particular though – they’re charging as much as 4000 Euros extra for GA/BA turnarounds this summer!

Once a haven for weary bizjet operators, at LGAV/Athens airport there always used to be a cosy spot on some remote parking stand for GA/BA aircraft to rest for the night after dropping their passengers on one of the islands.

Well, those days are gone. Much like a recurring nightmare, expect to see this LGAV Notam get published over and over again this summer: 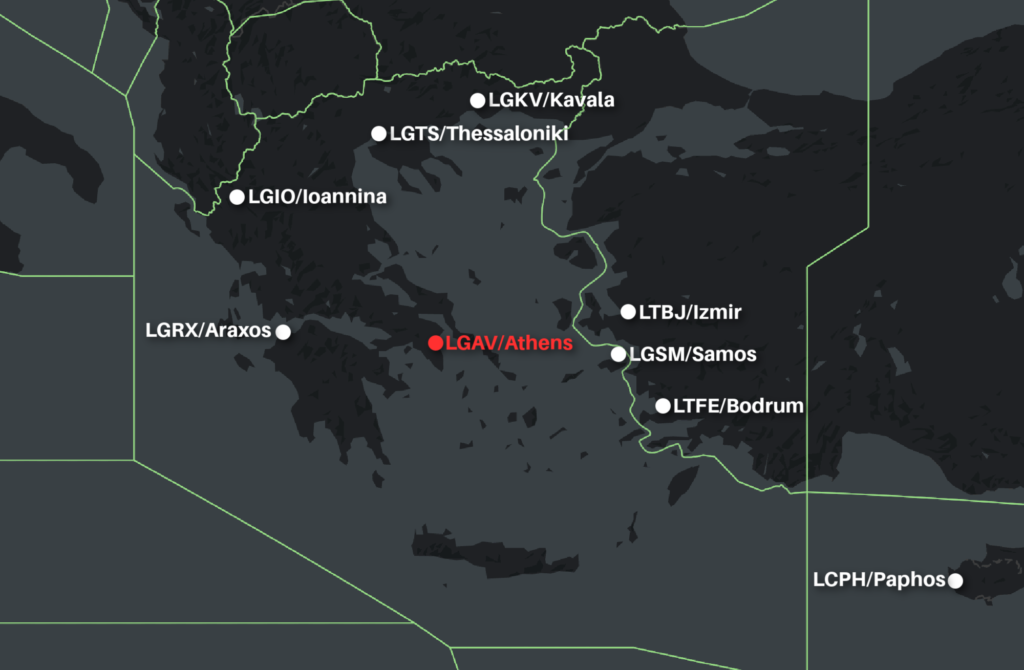 Here’s another one someone told us about since we published this article:

“LGBL/Volos – a joint use air base 90nm north of Athens. We just relocated our aircraft there on our trip to Athens for around 9 days. Super easy in and out. Stayed at Volos town about 15 miles away. Limited operating days and hours so check notams. They have limited airline service also. Rental cars are available. All in all a great experience for storing our aircraft until the boss was ready to return to the US.”

Know of any other good options nearby? Let us know: news@ops.group