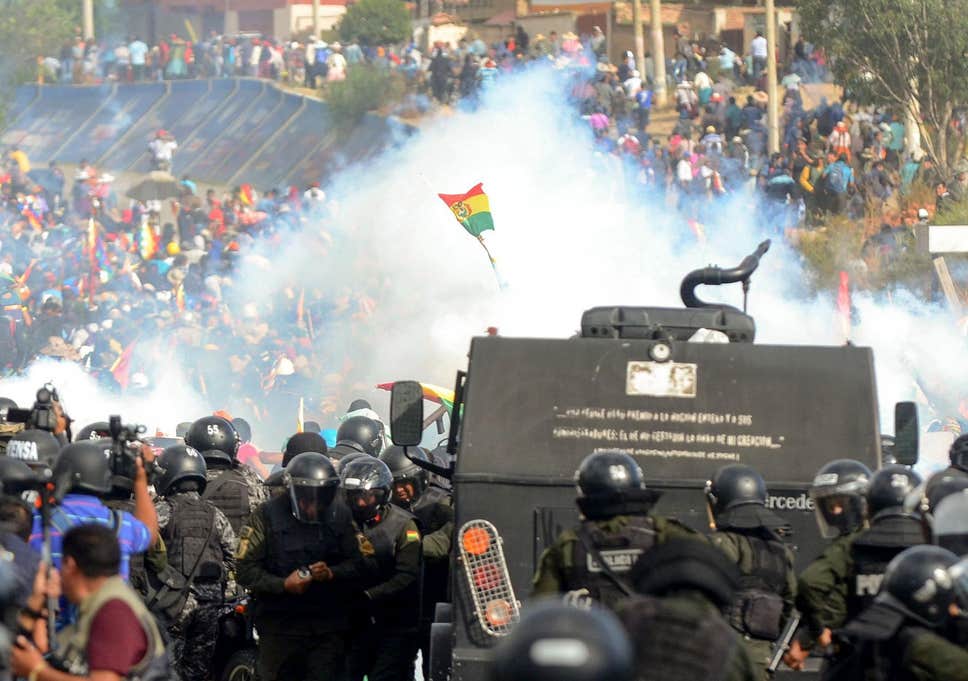 
A single Notam for the country’s largest international airport indicates there’s no fuel available for a number of days. That’s always a surefire sign that something pretty serious is going on.

The contested presidential elections last month in Bolivia has quickly led to civil unrest across the country in the past few weeks. Demonstrations, strikes, and roadblocks have resulted in armed conflict between opposing protesters as well as armed forces in which 32 people have died so far in what some are calling an uprising and others a coup. We’re going to take a look at the cause of the unrest and how international operators may be affected, especially when the trucks carrying your jet-fuel to the airport are attacked. 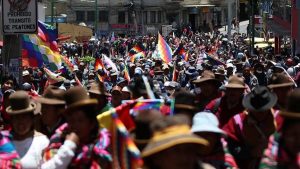 Evo Morales, the long-term Bolivian President won a contested election in October, but evidence quickly surfaced that the results were manipulated. Protests from Morales opposers erupted when Morales refused to stand down until eventually resigning when the military “requested” he do so in the interest of stability, but not before the current unrest unfolded. He is now seeking asylum in Mexico. Three other officials who were in line to be the constitutionally defaulted interim presidents all resigned and/or fled the country. The role eventually fell upon the deputy leader of the Senate and opposing party member, Jeanine Anez, who promised to hold new elections soon. Some countries are recognizing Anez as the President, while others are refusing to do so.

Morales supporters began countrywide protests as he would not be included in the new elections, a move they claim to be a part of a larger military coup. Protests between the two groups and with the armed forces have led to volatility in the past month. Bolivia’s constitution calls for the new elections to be held within 90 days. 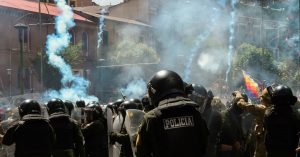 The US State Department has issued a Level 4: Do Not Travel Advisory for the entire country. State department non-emergency employees and their families have been ordered to evacuate. A Notam for SLLP/La Paz airport has been issued stating there is no fuel available. Protesters attacked a military escorted fuel convoy headed to the airport from a large nearby fuel plant, and further protests have been planned to occur near the airport. The Notam for La Paz has been pushed back three times so far and there’s no estimate of when fuel will again be available.

“We have not had anyone going into Bolivia for well over a month,” said Brian Leek, owner and CEO of FAM International Security, a global corporate security solutions firm. “If you don’t HAVE to go, don’t. Simple answer. Things have been brewing there for months and it finally burst last month.”

The demonstrations and barricades have closed roads in La Paz as well countrywide highways and access to airports. Security cannot be guaranteed. The intervention by the armed forces has escalated quickly, with tear gas and live ammunition being fired to disperse protests resulting in deaths across many of the larger cities like La Paz and Santa Cruz.

Is It Safe To Travel Throughout Bolivia?

Due to the instability, the simple answer is: Not right now. Leek is advising all operators to defer travel, at least until the beginning of December or whenever the new elections are announced. With the news that elections will be held soon, there is optimism that the violent protests will decrease as Morales opposition leaders are calling for peace. However, many Morales supporters state they will continue protests in demand that the former president be given an opportunity to return. One international medical and travel services company received reports of clients’ cars being attacked by protesters and one car being hit by an armed forces vehicle responding to a demonstration. 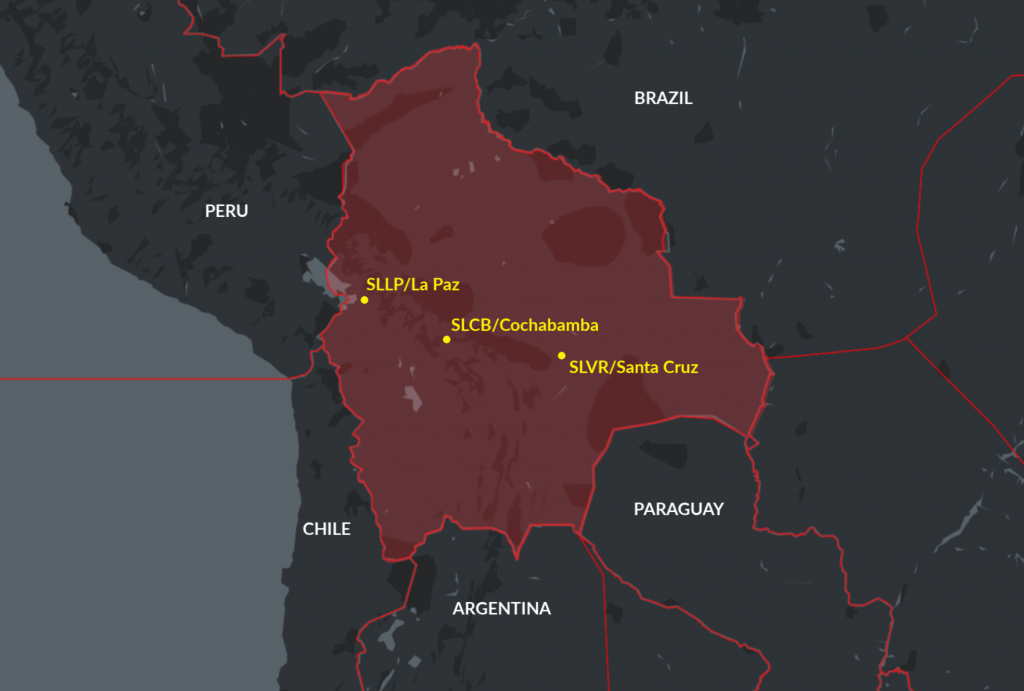 If you do operate into Bolivia, local ground handler, Pike Aviation, is recommending SLVR/Santa Cruz where fuel and full services are available and the protests in the city are minimal. SLCB/Cochabamba is also operating normally, but conflicts continue in the city. They also do not recommend operating into SLLP/La Paz. Leek couldn’t agree more. “If you have to go, Santa Cruz is an acceptable substitute. Just know that security around the airport is weak. So have plans in place to protect the aircraft.”