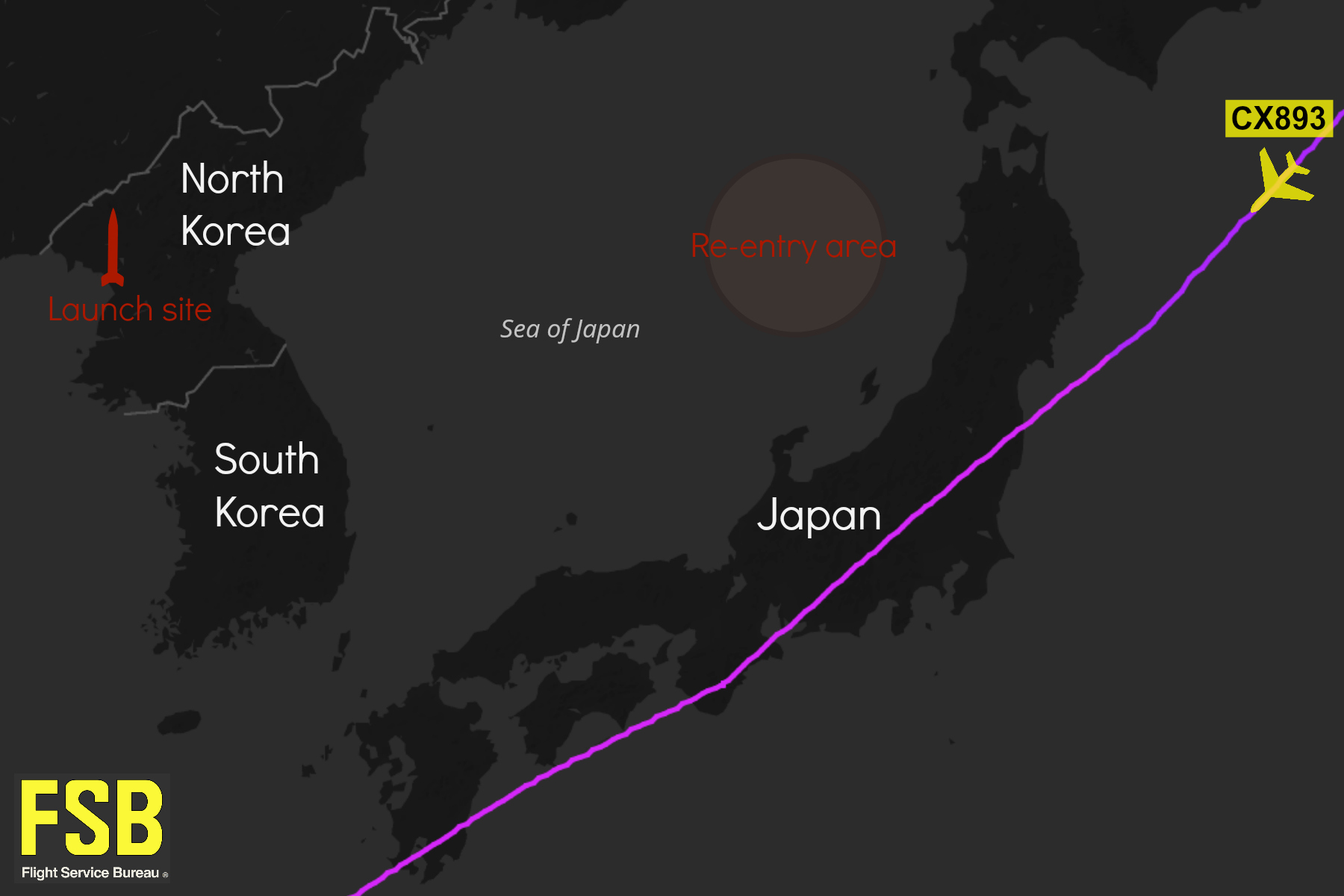 
Crew onboard a Cathay Pacific flight witnessed the re-entry of North Korea’s latest missile near their position late last week. The CX893 service from San Francisco to Hong Kong on Nov 29 was over Japan at the time when North Korea launched its missile.

The crew reported: “Be advised, we witnessed the DPRK missile blow up and fall apart near our current location.” 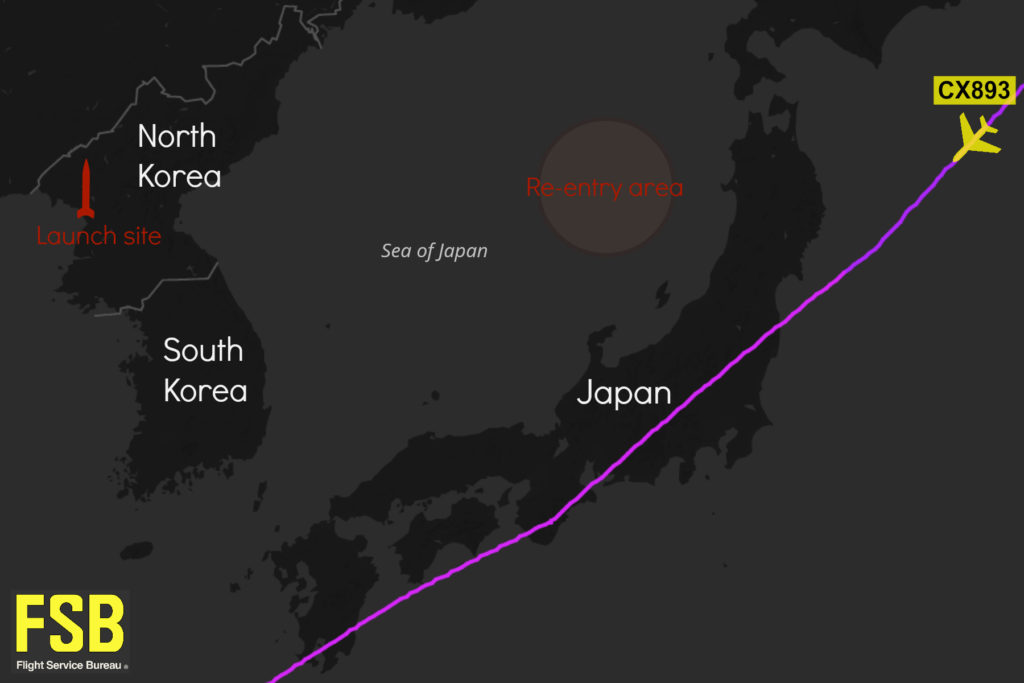 North Korea’s missiles are larger, and can fly further, than the other missiles we’ve previously seen. Over the past year, most of these missiles land in the Sea of Japan, well inside the Fukuoka Flight Information Region (Japanese airspace). But as we see with this latest test, there is clearly a danger of some of these missiles not re-entering the atmosphere intact – meaning that a debris field of missile fragments passes through the airspace, not just one complete missile. If you haven’t done so already, make sure you read this: our article on why North Korean missiles are now a real threat to Civil Aviation.

This latest test is also significant because of its unprecedented altitude – 4500km (2800 miles). Experts seem to agree that if it had been fired on a standard trajectory, the missile would have been capable of traveling around 13000km (8100 miles), meaning it could have struck anywhere in the mainland US.

If you’re operating in the region, we recommend avoiding the ZKKP/Pyongyang FIR entirely and avoiding the affected areas over the Sea of Japan. For more info, check out Safeairspace.