Blinded By The Light: Laser Strikes

Blinded By The Light: Laser Strikes


The FAA recently reported that even after traffic levels fell off a Covid-induced cliff during 2020, the number of laser strike incidents actually increased year on year. There were nearly 7,000 of them last year in the US alone – that’s almost 20 a day.

It’s a dangerous and common problem which is proving difficult to control. The FAA take it so seriously they regard a laser strike as a bona fide in-flight emergency.

In the majority of cases, laser strikes are intended as pranks or to cause nuisance. They tend to occur during critical phases of flight – approach, landing and take-off in other words, when you are low, slow and busy.

When struck by a laser, there are several things that can happen to the crew:

Startle factor and distraction. Right when you don’t need it. You can picture the scenario – it’s the last leg, it’s late and you’re tired. The picture outside is looking good, two reds, two whites, and you’re in the groove… and suddenly a green light appears to the side of the runway that zaps your flight deck. Your scanning breaks down, your attention is divided. Very quickly your approach can become unstable. 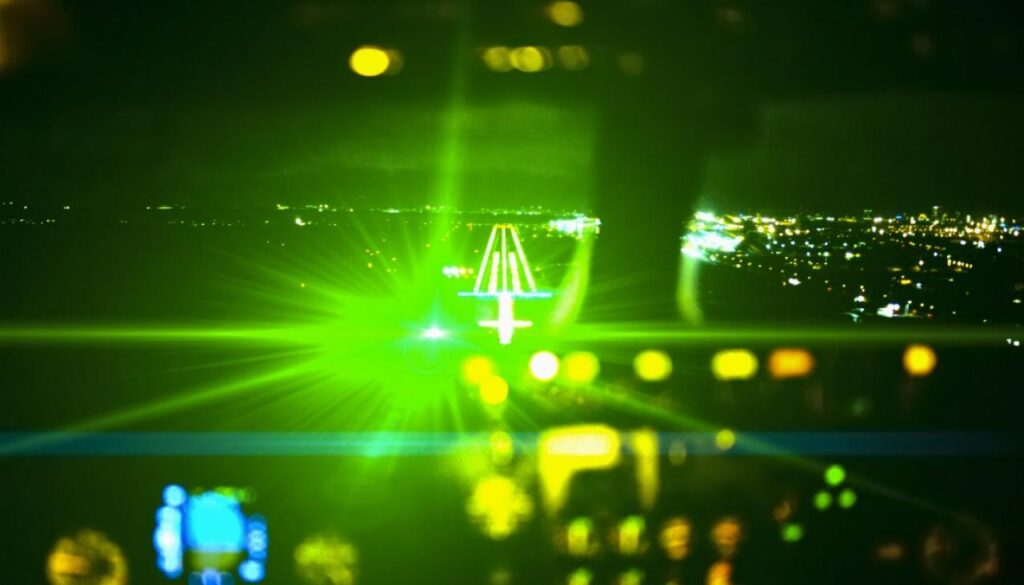 Distracting? The startle factor can be more dangerous than damage to your eyes.

Glare. Stronger lasers create a veil of light that obscures your ability to see your instruments. The colour green creates the worst glare.

Flash Blindness. This is potentially the most dangerous outcome of a laser strike. It is a temporary loss of vision after the laser has been turned off. An after image-remains on your retina, possibly for several minutes after exposure that obscures your ability to see. It is the same effect you experience after someone takes a photo of you using a flash. 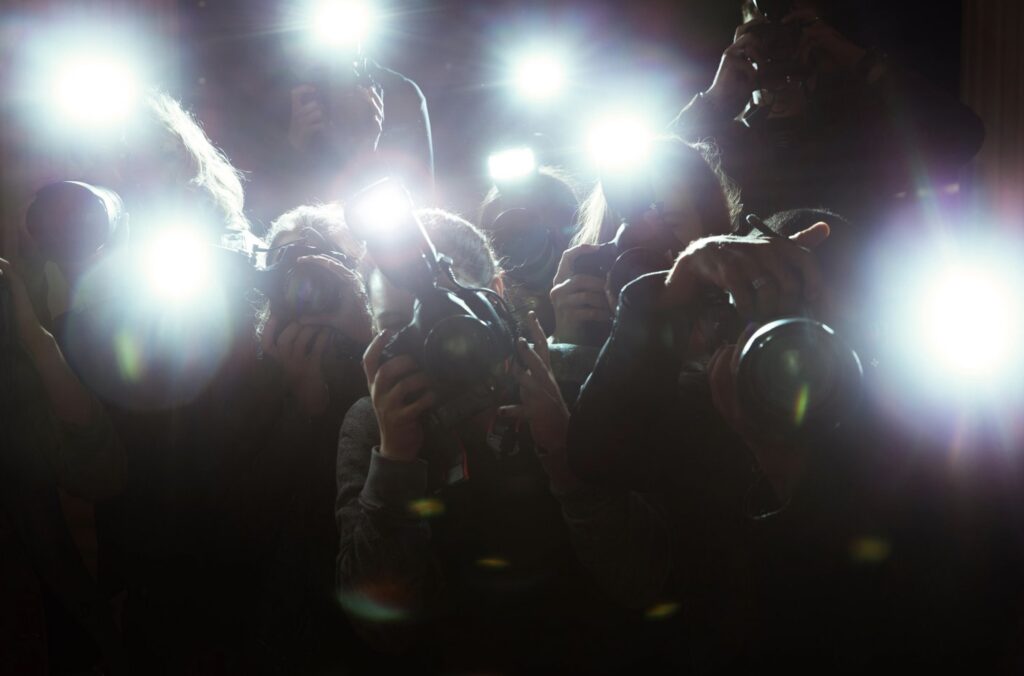 Flash blindess – that dull patch in your vision after someone takes a photo of you at night.

Permanent Eye Damage. Fear not. Yes, it’s possible, but very unlikely. The laser would have to remain in one spot on your retina stationary for several seconds. While it is unpleasant to stare down the beam of a laser, FAA studies have shown there have been almost no cases of flight crew with permanent eye damage from a laser strike.

So there’s been reports of laser strikes in the area. What do we do next?

There are two camps here. How to avoid laser strikes in the first place (mitigate), and then what to do if you’re hit by one (react).

Here’s where a little background helps. We know that the vast majority of them occur between 7 and 11pm at night, and they’re far more common on Friday and Saturday nights. Public holidays such as New Years and July 4th are especially bad. Be sure to brief it as a risk.

Listen out for the phrase “UNAUTHORISED LASER ILLUMINATION EVENT.” ATC have a set process to follow if they receive a report. It will be followed by where it happened and at what altitude. They’ll broadcast it every five minutes for twenty minutes after the latest report. The same warning will also be put on the ATIS for an hour.

The FAA recommends that if you hear laser reports from ATC or other aircraft within the preceding 20 minutes you should avoid the area by requesting a re-route or alternate approach (if possible).

And keep those lights bright. An eye in a bright environment is less vulnerable to the effects of a laser strike.

Right, so you’ve just been blasted by a laser. Here’s what you need to do to limit its impact.

Don’t stare at it. Okay, this one may seem like an obvious one but don’t look at the beam. It will maximise your chances of encountering any of the nasty stuff above. Instead look down at your instruments. 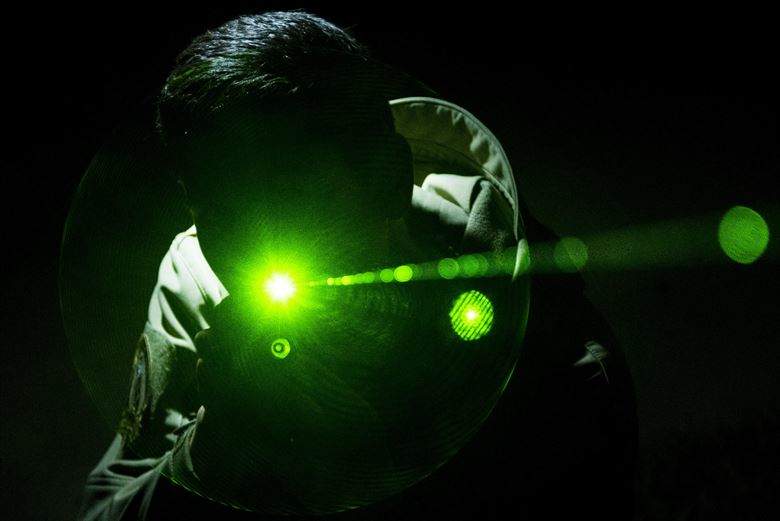 Eye’s down, don’t look at that beam!

Protect your eyes – you can use your hand, a clipboard, iPad anything really. But try to get something between you and the laser.

Resist the urge to rub your eyes afterwards. A laser strike may irritate them or make them sore. Don’t start rubbing them – you run the risk of scratching or irritating your cornea which is going to be far worse.

Keep flying the plane! Turn on the autopilot and stabilise the aircraft. Make sure you communicate with each other.

Transfer control – if your offsider wasn’t exposed, get them flying and heads down on instruments. Don’t let them start looking out the window or you run the risk of a double exposure.

Consider a Go-Around – self-explanatory really but it may be the safest outcome.

Tell ATC. They need to know to protect other aircraft and help law enforcement find the laser-wielding halfwit and make them pay.

How to report ’em

The FAA want you to do it right away, and it’s easy. While you’re in the aircraft, get on the radio and talk to ATC. They want to know where it happened, your altitude, the colour of the beam, the direction it came from and any other information you think would help law enforcement.

Once you land there is a little paperwork to do. The FAA want you to fill in an online questionnaire. You’ll need to either fax it to (202) 267-5289 or email it to laserreports@faa.gov.

Other things to read