A lesson in emergency handling, from Aer Lingus

A lesson in emergency handling, from Aer Lingus


In September last year, an Aer Lingus Boeing 757 (operated by Air Contractors), suffered a loss of the Left Hydraulic system on departure from JFK. The left hydraulic system is the main one, meaning that Flaps, normal gear extension, and Nosewheel steering all become unavailable. The failure is therefore serious, albeit one that would be a favourite for simulator practice.

There are some really interesting lessons to learn from this incident, not least of which is how we now get access to the information that emanates from it. No longer do we need the offical report; it’s all out there on Live ATC and YouTube.  It’s 12 minutes 40′ of highly worthwhile viewing, whatever your thoughts on how public this all is.

And so to the incident. Foremost, this is a lesson in professionalism and communication, from an outstanding crew. Listen carefully, and observe how:

Some International Differences that can be seen here:

Some other interesting factors
:

It’s easy to forget that in a real emergency, no matter how strong your training, you have to deal with stress and adrenaline that doesn’t appear in the simulator.

A hydraulic loss is considered ‘routine’ in the books, but many accidents in the past have come from compounding errors – those holes in the swiss cheese line up pretty easily once the first one is as big as a hydraulic leak.

The cool, clear, and decisive communications from this crew indicate that they have the Big Picture firmly under control. It’s a lesson for all of us. 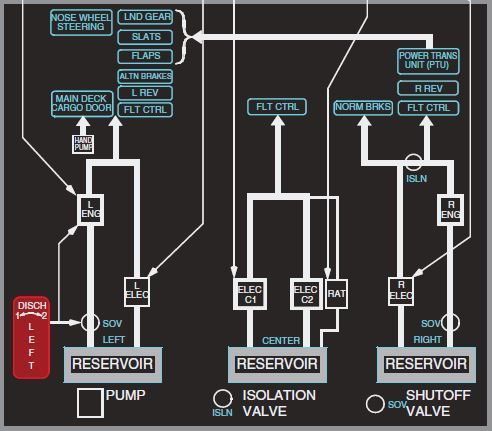