Where is Zika? Here’s a map

Where is Zika? Here’s a map


We just came across this – and it’s a very useful, current map, of where the Zika virus has been  found. A few weeks back, we reported that Zika was on the decline, thanks to winter in South America and a declining mosquito population. Turns out, that optimism was premature.

Sporadic transmission: No more than 10 locally transmitted cases have been reported in a single area within this time period.

Past transmission: Local Zika virus transmission has been reported since 2007 – but not in the past three months. – 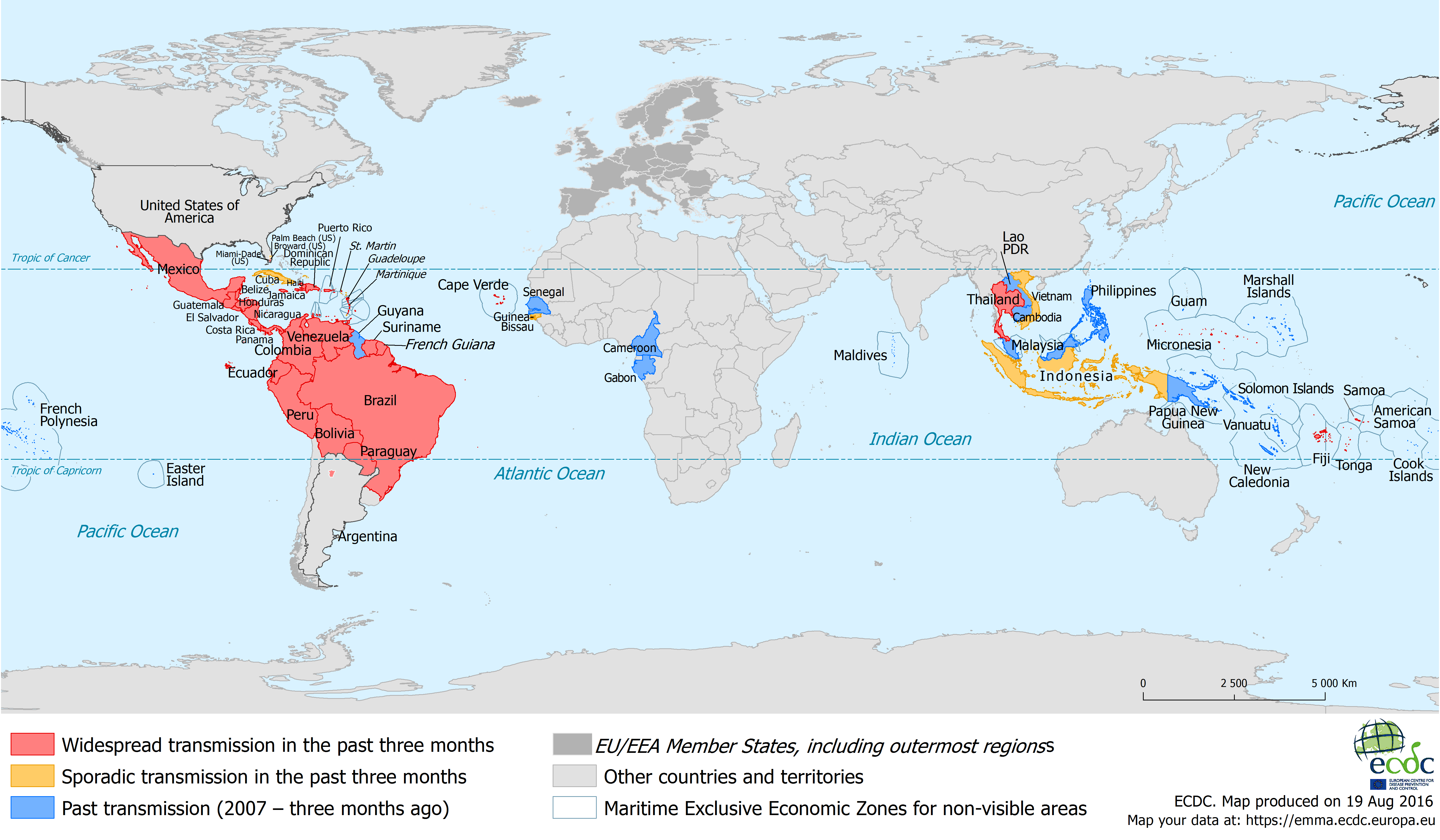