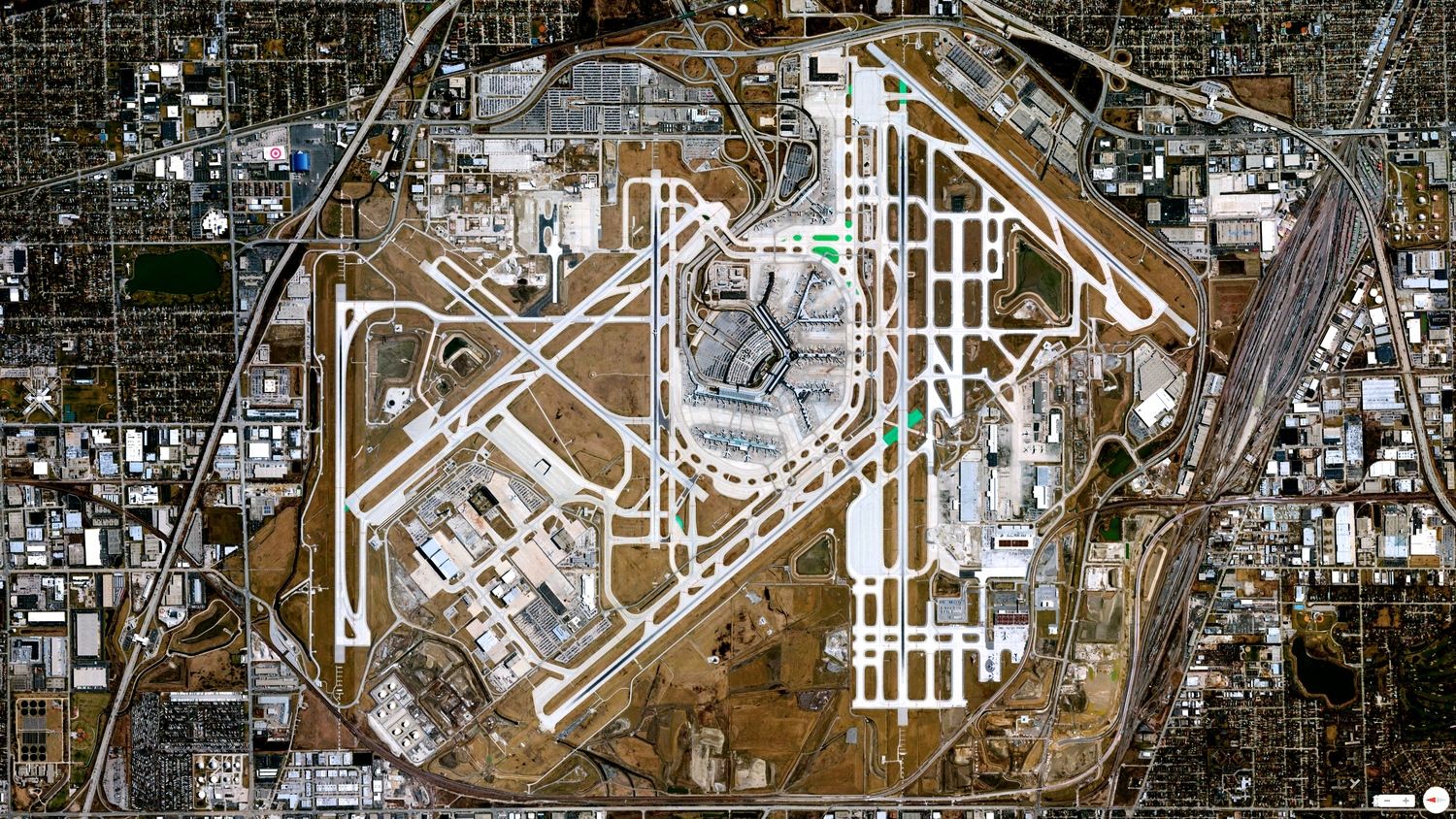 
If you’re familiar with KORD/Chicago O’Hare Airport then you probably know that there are a lot of runways there. 8 if you’re just counting strips of tarmac, 16 to be really specific.

You might also know that it has had some works done on its runways recently, so here is a look at what’s happened, what’s coming next and most importantly, what to expect if you’re thinking of heading in there.

The One that got Built

This is the last runway to be built as part of their modernisation program, and there is a very handy video on how it is being used, which you can check out here on the FAA’s main ‘Great Lakes (AGL) O’Hare Modernization Program (OMP) page.

The One that got Extended 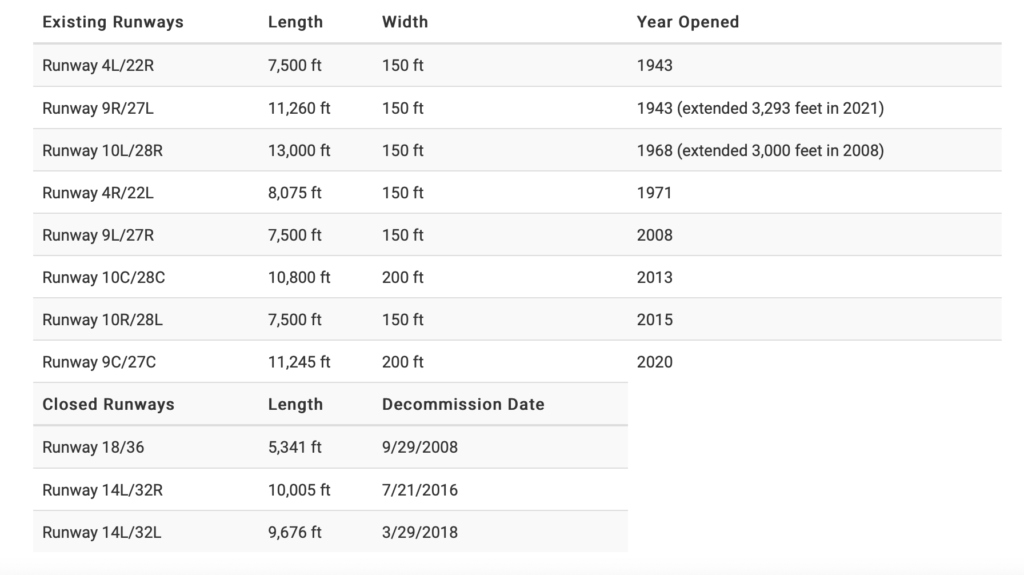 The Rundown on the Runways.

Which runway can you expect?

Arrival operations on 9R/27R are currently limited, and will remain so through at least the first half of 2022 while they get their ILS system fully setup and tested.

So, right now, they have the following operations planned for their daytime ops, which it might be worth familiarising yourself with if you’re heading in, just so you know what to plan for.

When its a Westerly Flow:

When its a Easterly Flow:

Landing: They only use 3 runways at a time, but have multiple combinations: 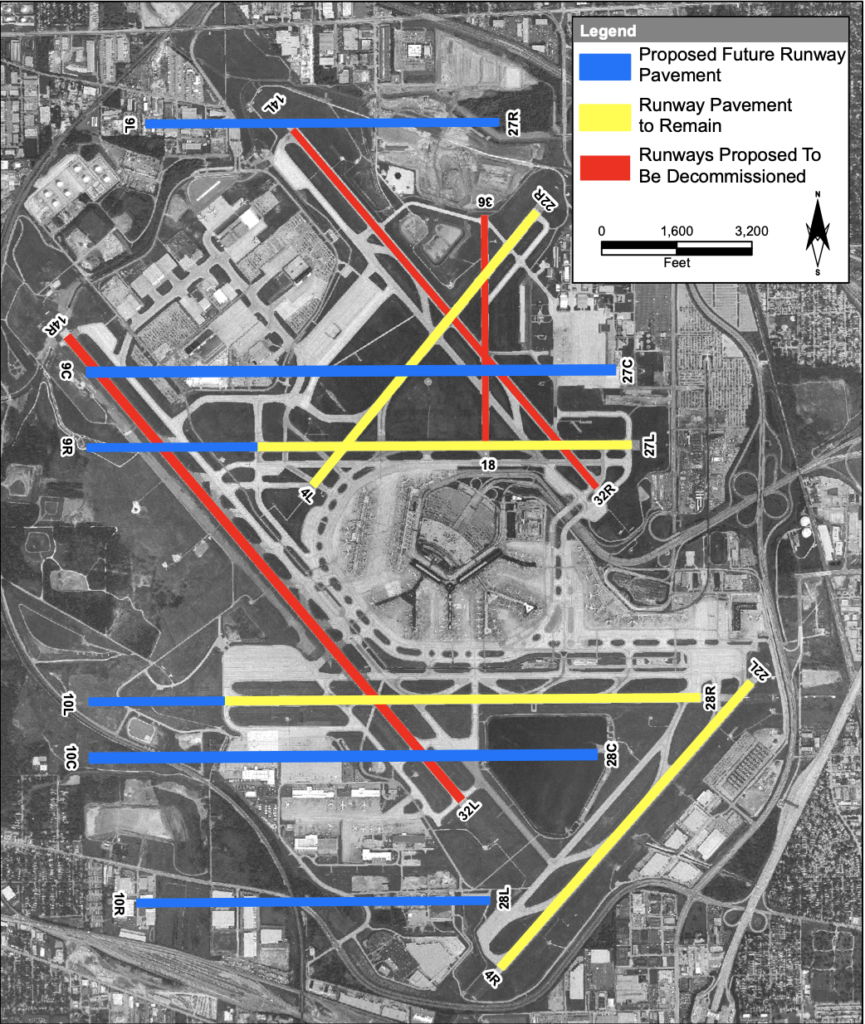 Some non-operational (but interesting) facts:

The O’Hare 21 plan is hoping to create the “most efficient and accessible gateway in the world.” A good plan given the airport hit a (pre-pandemic) record in 2019, with around 84.6 million passengers travelling through.

There are 193 gates available, which sounds a lot, but bear in mind the majority of these are already leased by the big hub carriers. Which leads us to the next point…

Let’s talk about the other options

KORD/O’Hare is a massive hub airport utilised by the major carriers. It is busy. The airspace is busy. To be honest, you probably don’t to fly in here unless you have a good reason to, like being a scheduled commercial carrier, if you like really busy complex airspace and taxying.

The ‘Chicago Square Mile’ is the arguably the busiest bit of airspace in the world of arrivals and departures, but luckily there are some other airpots in the area which you might want to look into, namely KMDW/Midway and KGYY/Gary.

The smaller, but by no means small KMDW/Midway airport is right next door. They have 43 gates and are far more equipped for catering to General Aviation folk.

The airport has 4 runways laid out in a big cross (and one tiny fifth runway). One of the big threats here is the fact they cross and you need to keep a good look and listen out for traffic and avoiding runway hotspot incursions.

The longest runway is 6522 foot (1988m), and they have ILS CAT I available on three runways, and RNAV on pretty much everything else.

And then there is Gary.

KGYY/Gary is also an International airport and a great one for corporate and “weekend” flyers heading to Chicago. It has an 8,859 foot runway and is a ‘full service’ airport. There are major airframe and engine maintenance facilities available, and ILS approach for runway 30, or RNAV for the others.

Gary is also one of the newest CBP facilities in northwest Indiana and the Chicago metropolitan region. 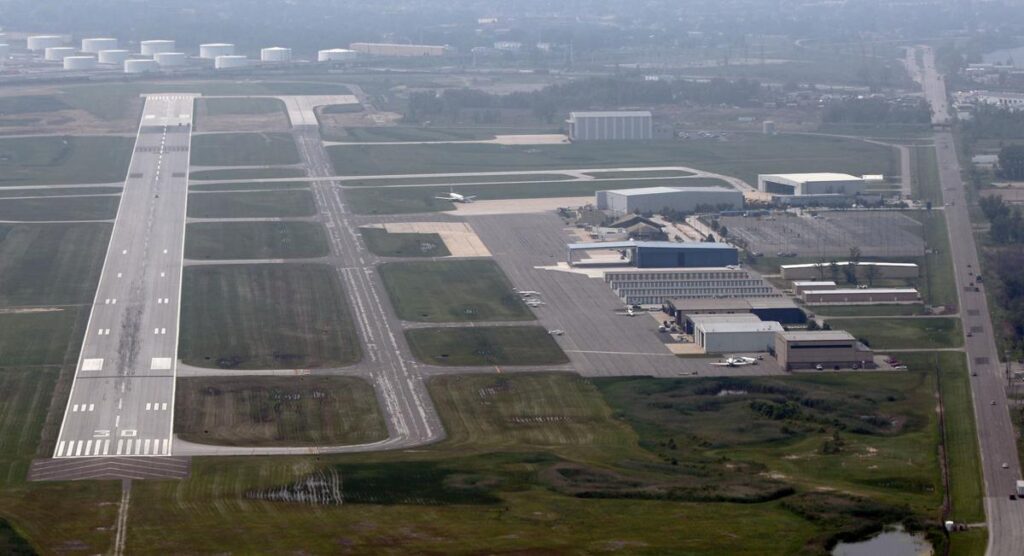 Already a decent size, and plans to expand are not popular with locals.

Send us your spies

Send us your Airport Spy reports for all these airports so we can share the gotchas, the things to know, contacts to contact and anything else useful.