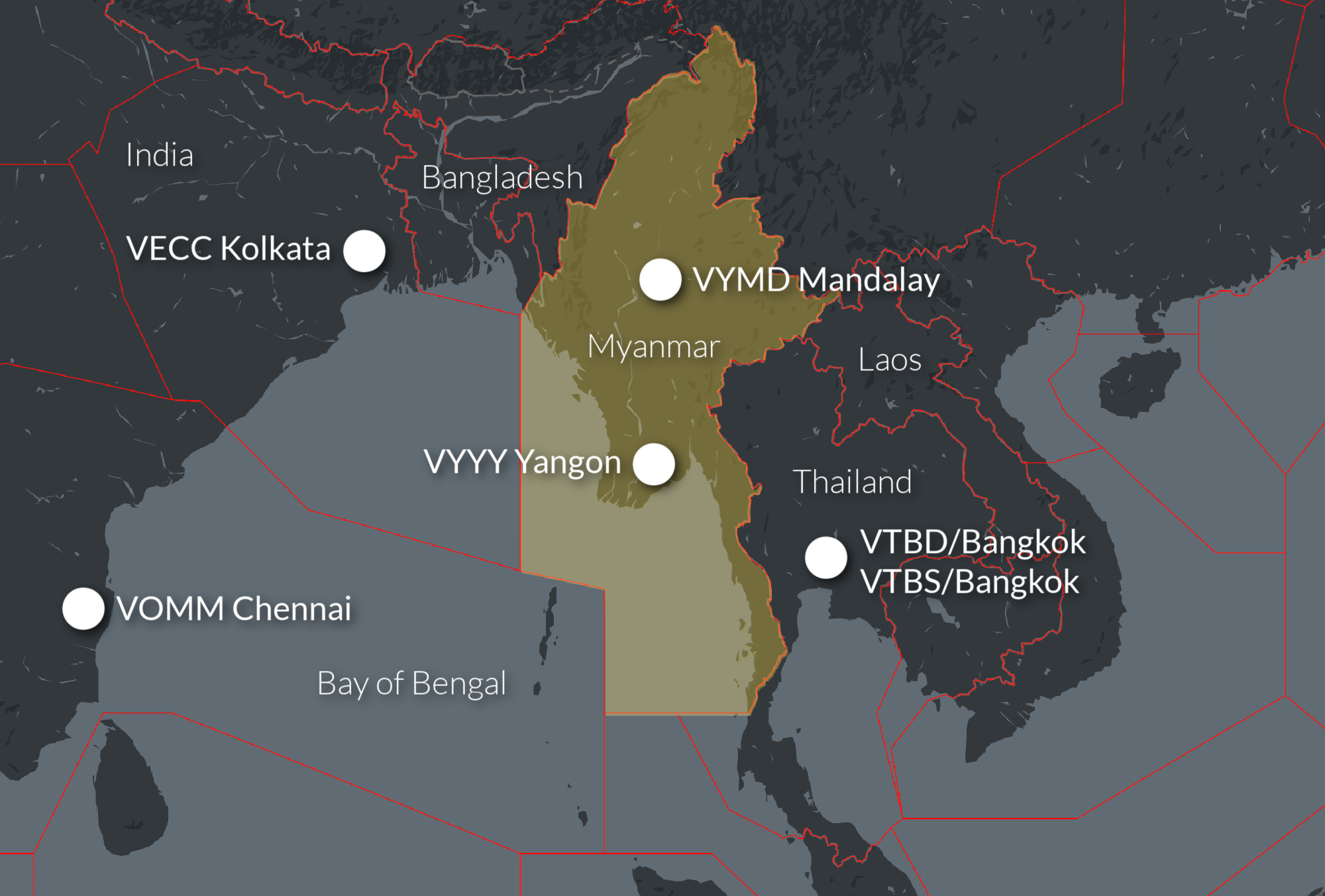 Take potential risk into account if planning on heading below FL160 in the YYYF/Yangon FIR.

You might not be a German operator, and as far as we know this is the only warning out there.

So, what is going on in Myanmar?

Myanmar had a military coup in February 2021. You might remember it because a sudden, significant lack of ATC occurred across their airspace.

We covered that here in a whole lot of detail, but in short: the majority of ATC and AIS staff went on strike, leading to contingency procedures (ATC zero) and very limited notams for a while. Since then, ATC and AIS services are back up and running.

But there has been growing unrest in the country with increasing numbers of strikes and mass protests by opposition groups. The response has been an increase in military force resulting in clashes as well as airstrikes on areas where militia are known to be active.

Security and safety within the country is deteriorating, and airspace risk is increasing because of the potential risk from military ops, surface-to-air fire and anti-aviation weaponry. 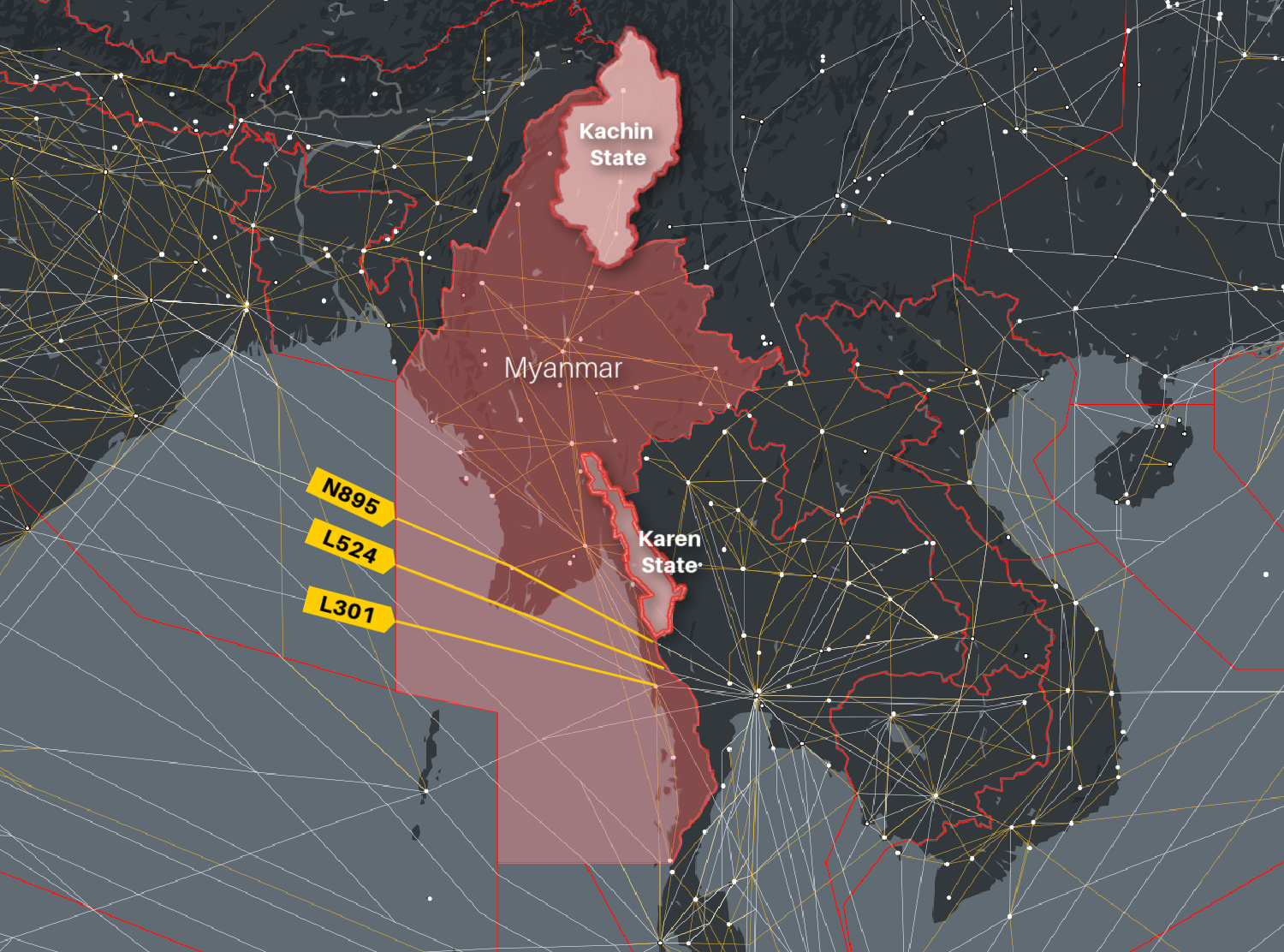 On Sep 30, 2022, a Myanmar National Airlines passenger was reportedly shot in the face as bullets passed through the fuselage of the ATR 72 aircraft on approach to VYLK/Loikaw.

Myanmar’s military gave a statement at the time saying the aircraft came under fire at a height of approx 1,000 m about 4 miles north of Loikaw Airport, and blamed the attack on two resistance forces – the Karenni National Progressive Party (KNPP) and the People’s Defence Force. KNPP reportedly said that they were not involved, and avoid civilian targets. 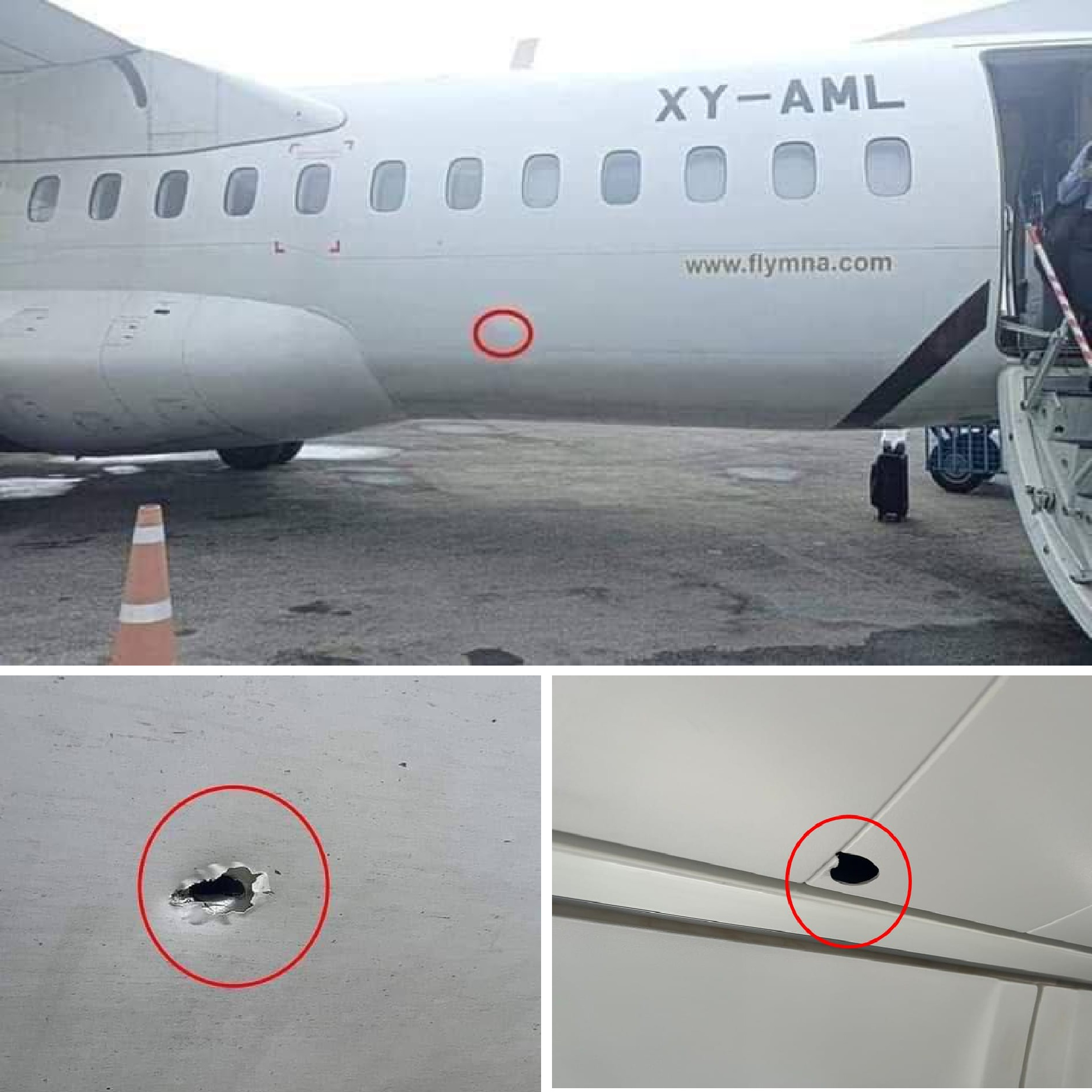 The military are also a concern.

This isn’t quite ‘sanctions level’ from Myanmar’s neighbours, but it is an indication that the ruling government’s method of controlling the situation is not one which is ensuring safety and security in the country.

There are travel warnings in place, including ones from the UK and the US, and the US Embassy issued a new warning on Nov 29 warning of a general increase in violent attacks in the country. If you do have crew heading in, consider the information in these, and think how it might impact your crew:

The FAA doesn’t have an airspace warning, but they do have something, and it can be read here (it’s under the FAA prohibitions, restrictions and notices bit).

Re-issued in January 2022, this advisory is from the OFAC (Office of Foreign Assets Control) and it talks about the “Risks and Considerations for Businesses and Individuals with Exposure to Entities Responsible for Undermining Democratic Processes, Facilitating Corruption, and Committing Human Rights Abuses in Burma.”

Basically, be careful doing any sort of business with anyone there, because if it’s with Tatmadaw (that’s the military folk) you could get into trouble with the US, or with Tatmadaw (because they’re apparently quite corrupt).

Most goods from Myanmar cannot be imported back to the US. While other sanctions have eased off a bit, you can still run into issues with paying for fees (overflight permits etc) so using a 3rd party service (that has an OFAC licence) to organise these may prove easier.

Here are some general considerations and info, to help you plan:

Last but not least, permits:

Member Top Tip: “If you are planning of fly any sort of business jet into Myanmar, be prepared to have a lot of cash (USD preferred). They assume that business jets are full of wealthy individuals and ‘expediting fees’ are often liberally requested. This is one of those places you don’t want to negotiate, just pay and get in the air as soon as possible.”

Member Top TIP: “Paying in USD is preferred. Some pointers on condition of the notes that will be accepted:
1. Notes have to be new ones
2. Notes have to be clean, devoid of any writing, marking, stamp, bank seal etc
3. Notes cannot be folded or with creases
4. No hole or tear allowed on the note”