All operators, in particular those with an N-reg on the tail, should be aware of the rapidly deepening crisis in Venezuela. The more tabloid news sources will say that “Venezuela is on the brink of civil war”; while that’s not quite the case (yet), it does give you a good indication of the level of concern. In OPSGROUP Note to Members #29 we will summarise the current situation. 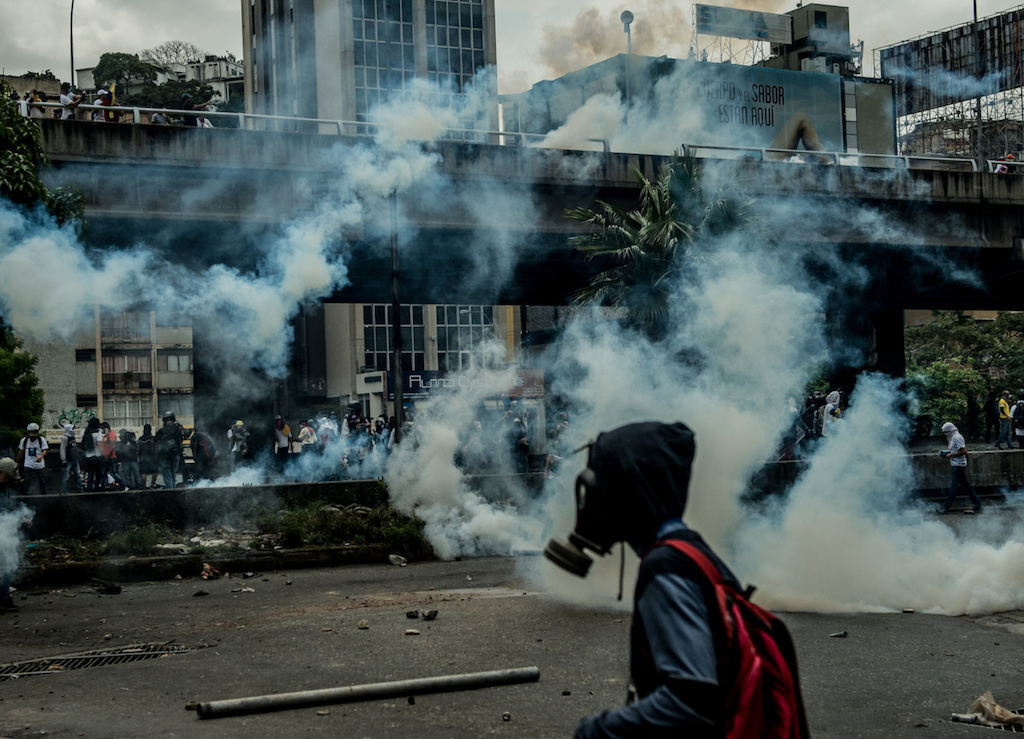 Sanctions  On July 31, the US government imposed sanctions on Venezuela, specifically on President Maduro. This creates an uncertain situation for US registered aircraft operating in Venezuelan airspace. Retaliatory sanctions, even as far as grounding a US aircraft, are not out of the question.

Embassy withdrawals On August 1st, the UK Foreign Office followed the US in withdrawing family of personnel from their respective embassies. This is a common precursor to a deeper security risk, and in the last 5 years we’ve seen this pattern in Libya, Syria, and Yemen.

Flight Ops  See below on overflight. There have been interruptions to Notam and Metar service throughout 2017. At one point it appeared that SV** had lost its connection to the international AFTN system.

Aireport  The most recent OpsGroup member reports are not encouraging. The top report on SVMI is titled “Hazardous in Caracas“. “The operating conditions in Caracas have deteriorated to a new level. New ATC controllers that have been installed in the last few months do not speak English very well, if at all, and in some cases and they are issuing clearances not appropriate for IFR or terrain clearance. Tremendous caution should be exercised especially when moving internally within Venezuela. SVMI authorities are now demanding to see the complete insurance policy for the aircraft, not just proof of insurance. We had Spanish speaking personnel with us and when we questioned a local SVMI controller about not using English, his response was that we should all be speaking Spanish! “. More in Aireport. If you’ve been through recently, add your report.

Threats SVMI/Caracas Simón Bolívar airport is located in an extremely high-risk area for armed robbery and kidnappings. The US describes the greatest current risks as social unrest, violent crime, and pervasive food and medicine shortages.

Travel advice Western countries are all now recommending against “all but essential travel”. A large majority of airline carriers have now stopped operating to Venezuela, for a mix of reasons – primarily the fact that onward payment of ticket monies have been stopped by the Venezuelan government. There are frequent violent protests.

Overflight Operations through Venezuelan airspace do not require an overflight permit, and so there have been no incidences recorded of US aircraft being denied a permit. However, on several occasions in the last month, Venezuela has for short periods arbitrarily closed its airspace to overflying aircraft. A common problem with Venezuelan overflight is the denial of airspace entry due to unpaid navigation fees, which is why checking this in advance is recommended. This may be a tool used to deny US aircraft entry in the future. Plan operations through the SVZM/Maiquetia FIR with caution. To be clear, we do not assess any risk to enroute aircraft, but be mindful of the fact that if you do enter SVZM airspace, you may end up diverting to an SV** airport. Right now, that’s not ideal.

If you need a tech stop and previously used/considered SVMI, then look at alternatives like TNCC, TTPP, SBEG, SMJP. Use the OpsGroup planning map to figure your best alternate options.

You can request membership of OPSGROUP to receive the full International Ops Bulletin delivered every Wednesday, along with all OPSGROUP member benefits: Members Questions, Group Discussions, Slack, free maps and charts (normally $25),  Full access to aireport for group reviews of handlers and airports, regular alerts for critical international ops info,  complimentary Airports Database (normally $375), Full access to safeairspace.net including updated risk alerts,  and guidance and help when you want it on any International Operations topic (that last one is really useful!). Read 125 different member reviews.