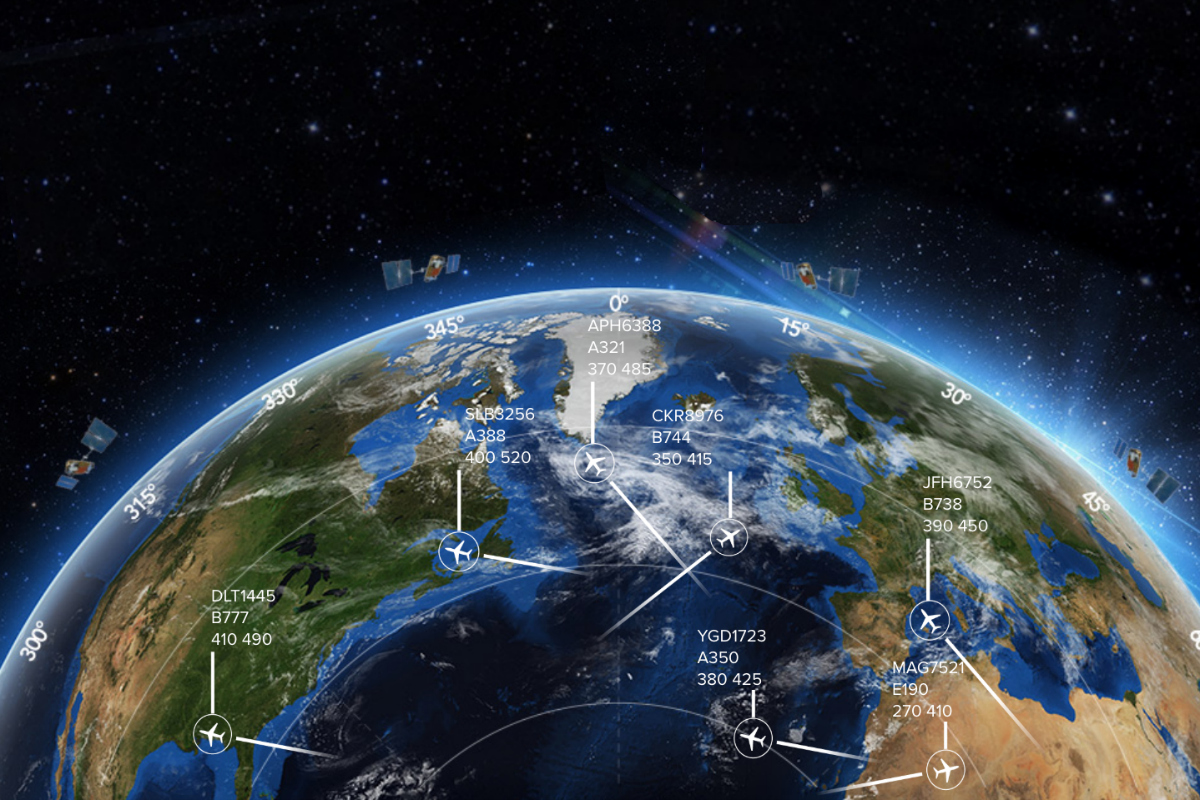 The Impact of Space-Based ADS-B on International Operations

The Impact of Space-Based ADS-B on International Operations


I can distinctly remember the build up to and roll out of GPS navigations systems. Like so many of us, I was excited to see this new technology integrated into my cockpit. The idea that I would have the capability to accurately determine my position anywhere in the world was exciting!

It’s hard to overstate the significance of GPS navigation on the international operation of aircraft, particularly when operating in oceanic airspace. Today we are about to reach a similar milestone that could be even more significant – the introduction of a Space-Based Automatic Dependent Surveillance Broadcast (SB ADS-B) monitoring system.

When SB ADS-B completes its deployment (scheduled 30 December 2018), we will achieve worldwide, pole-to-pole surveillance of aircraft. This goes beyond a pilot knowing his or her own location. This opens up the ability for ATC to locate any ADS-B equipped aircraft anywhere in the world. With the US and EU ADS-B requirements approaching in 2020, aircraft that operate internationally will almost certainly be ADS-B equipped.

A brief history of Space-Based ADS-B

SB ADS-B technology has been placed into service by a commercial company, Aireon, and not a governmental entity, which has enabled it to be brought to operational status in a much shorter timeline than most other government implementations.

Although Aireon was initially established in 2012 to provide civilian surveillance services, the disappearance of Malaysia Flight 370 changed the industry. The inability to locate the aircraft forced industry regulators to consider how improved aircraft tracking might have helped to resolve the location of the aircraft in distress and prevent a future disaster. In response to this concern, ICAO created a standard for aircraft tracking designated as the Global Aeronautical Distress Safety System (GADSS). Aireon responded by creating a low-cost tracking solution based on aircraft ADS-B equipage utilizing the SB ADS-B network to meet that tracking requirement faster and cheaper than many of the alternatives.

This implementation takes advantage of the same ADS-B 1090ES systems already installed in most aircraft, not requiring any additional investment or modification from operators who currently comply with ICAO ADS-B approved 1090ES systems. Compare this to the evolving and evasive FANS 1/A+ requirements that have placed many operators in the position of having to upgrade aircraft (at great expense) only to find they are not PBCS and/or U.S. domestic compliant. Quite a contrast.

What are the benefits?

The primary advantage of the introduction of surveillance into oceanic operations will be a reduction in separation. Initially, this will be applied to in-trail spacing (longitudinal separation) and potentially reduce that separation to as close as 14 Nautical Miles (NM). The current longitudinal standard for data link approved aircraft is 5 minutes or approximately 50NM. The introduction would significantly increase the capacity of the most fuel-efficient routes and altitudes. The trial implementation is not expected to be restricted to specified tracks or altitudes, just between properly equipped aircraft.

Another key advantage of SB ADS-B is that the system is based on an active constellation of 66 low earth orbit satellites with geo-synchronous orbits that provide worldwide coverage. The system will also have 9 backup satellites available in orbit as well. The information on worldwide aircraft location will be in the system, it’s just a matter of having it sent to ATC control panels that are properly equipped to display the information. The SB ADS-B system operates independently from the ADS-B ground stations and can provide a direct data feed to air navigation service providers (ANSPs).

The primary targets for Aireon SB ADS-B services are ANSPs such as the FAA, EASA, Africa’s ASECNA, South Africa, New Zealand, Singapore, etc. This brings tremendous value to areas like Africa and Southeast Asia where ANSP’s face unique challenges involving infrastructure. Placing a network of ground-based ADS-B receivers in remote areas can expose them to vandalism or theft. As an example, a recently installed ILS system in Benin, Nigeria was stolen!

What does my aircraft need to be compliant?

In order for SB ADS-B separation reduction to be applied, aircraft will be required to be ADS-B and fully PBCS compliant. The controlling agency will determine eligibility based on the flight plan filing codes for ADS-B and PBCS. Let’s recall that the PBCS requires FANS 1/A+ approval with RCP240, RSP180, and RNP 4 capabilities. Just add ADS-B, NAT HLA, and RVSM equipage and approval and you’re ready! That is a lot of approvals, plus let’s not forget, TCAS Version 7.1 and Enhanced Mode S Transponder equipage is required as well.

Where will it be implemented?

Initial trial use of SB ADS-B for surveillance and separation will begin in Canada’s Edmonton Flight Information Region (FIR) in the first quarter of 2019. This will be followed by a planned trial launch in the North Atlantic (NAT) on 29 March 2019. The NAT oceanic surveillance trial program will be employed in both in Gander and Shanwick’s oceanic FIRs. Santa Maria will also introduce ADS-B separation standards, but that program will initially be limited to ground-based ADS-B operations.

We anticipate a mid-December 2018 release of a North Atlantic Ops Bulletin detailing the trial implementation which will be referred to as “Advanced Surveillance-Enhanced Procedural Separation” (ASEPS). This is to be followed by ICAO publishing the associated standards for ASEPS in a 5 November 2019 update to Procedures for Air Navigation Services – Air Traffic Management (PANS-ATM) Document 4444. This would move the ASEPS program beyond trial use and allow implementation of ASEPS based operations worldwide.

The NAT HLA does not anticipate requiring ADS-B for airspace entry but simply employing it as available. The impending U.S. and EU ADS-B requirements in 2020 will help ensure common equipage.

We expect the mid-December release of an additional North Atlantic Ops Bulletin detailing the trial implementation of these new contingency procedures in the NAT HLA airspace to be implemented with ASEPS. These new contingency procedures will initially only be used in the NAT HLA but, after the ICAO approval in November 2019, they may be implemented in other oceanic regions as well.

It would be important to note that the ASEPS target date for implementation, 29 March 2019, is also the target date for the expansion of the PBCS tracks in the North Atlantic Organized Track System. Add in the change in contingency procedures and that is a lot of moving parts, all happening at the same time, in the most congested oceanic airspace in the world.

One thing we don’t anticipate changing on March 2019 is strategic lateral offset procedures (SLOP). Changes may follow down the road but it’s not on the calendar now.

Let’s all get ready for a busy spring in the North Atlantic!

Mitch Launius is an International Procedures Instructor Pilot with 30West IP and can be contacted through his website: www.30westip.com