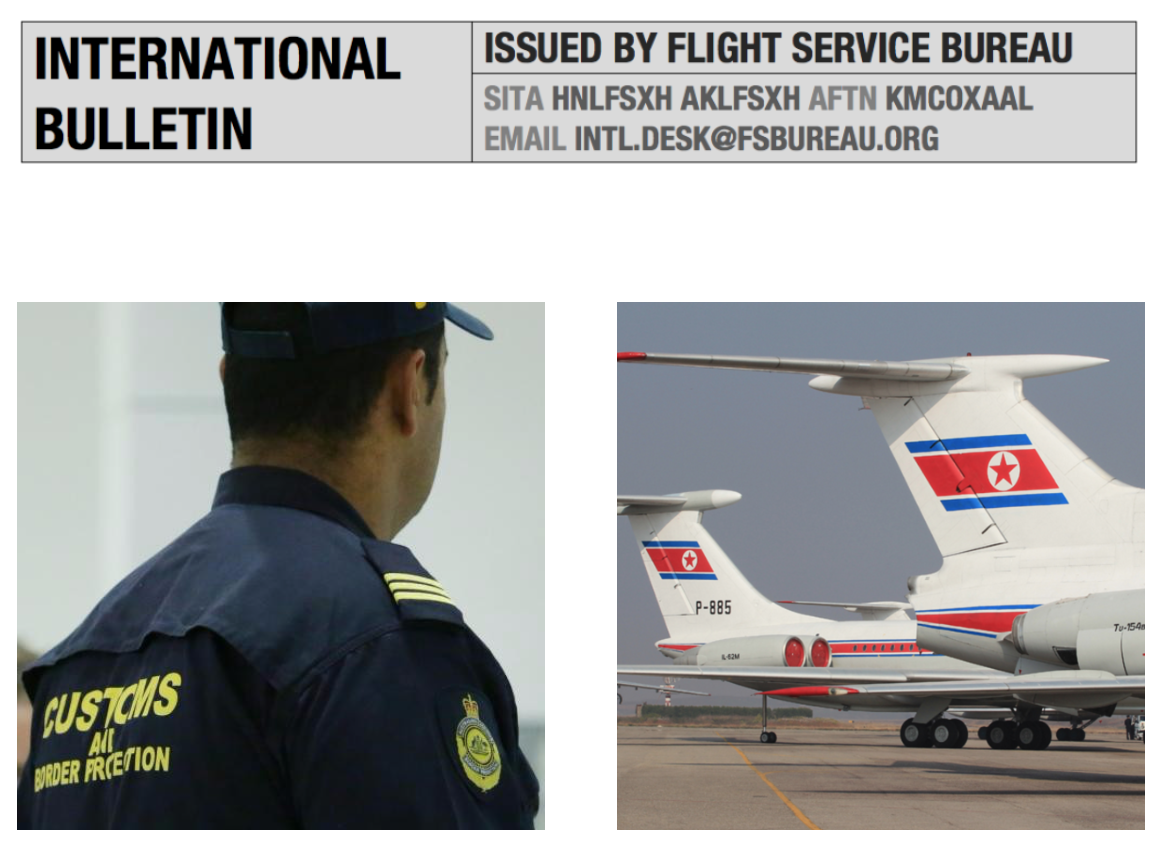 
Australian Airport Strikes cancelled 23MAR Australia had been set up for a week of Airport Chaos over the Easter Break, with Border Protection and other government services planning a huge list of strikes – but the events in Belgium yesterday prompted an announcement this morning that the strike is cancelled. Read the full article.

North Korea overflight getting riskier 23MAR Over the last fortnight, North Korea has been launching short and medium range missiles like they are going out of style. Nobody in Pyongyang has any intention of aiming them at civil airliners, but the objective is not where the risk lies. Read the full article.

EBBR/Brussels Remains closed until 0000Z on 24MAR, at earliest. If operating to Europe, expect increased security, checks, and delays not just in Belgium but across the continent. ANSP’s and AO’s are invited to join an ad-hoc teleconference organized by Eurocontrol NMOC at 1100Z today. For the log-in procedure, please refer to the Crisis portlet in the protected NOP.

HKNW/Nairobi Four British nationals were arrested on 21MAR for taking pictures of aircraft at Wilson Airport (HKNW/WIL). The detainees have been ordered to pay 2,000 USD or face up to a year in prison.

VHHH/Hong Kong is taking a close look at Airlines and AO’s that depart outside their allocated slot times. Airport capacity is critical and the Airport Company has said they will restrict operators seen to be abusing slot times – the official guideline is departing more than 15 minutes outside your slot window is frowned upon. Have a read of AIC 02/2016 – plenty of background information there if you operate regularly.

KZZZ/USA Thanks to Lee I. for this update – The FAA has now activated 11 of the planned 56 Airports offering CPDLC-DCL. Next up are KTEB/Teterboro and KLAS/Las Vegas on 28MAR.

MDZZ/Dominican Republic Business visitors and tourists who extend their stays beyond 30 days are now subject to an exit fee.

Zika Virus The Centre for Disease Control (CDC) has listed the ZIKA virus as an “Alert Level 2”. You can find more details on which countries are specifically affected through the CDC website. The CDC has recently added Cuba to the list of affected countries.

URRR/Rostov Airport operational again following crash of B738 on 19MAR.

ZSSS/Shanghai will host ABACE2016 on 12-14APR at Shanghai Hawker Pacific Business Aviation Centre (BAC). Shanghai has two airports of entry (AOEs) – ZSSS and Pudong (ZSPD). Both require airport slots (and have general aviation (GA) departure curfews in place 0700-0900 local). While ZSPD operates 24 hours, ZSSS has night curfews in effect 0001-0559 local. It’s only possible to obtain one slot, at either airport, during peak hours of 0900-2200 local. Also, by regulation, aircraft aren’t permitted to reposition from ZSPD to ZSSS, and vice versa. ZSSS has a fixed-base operator (FBO), while ZSPD doesn’t. Parking is limited to a maximum of three days at ZSSS but is generally unrestricted at ZSPD. Drive time between the two airports ranges from 45 to 60 minutes, depending on traffic (Thanks Sheng Young for this info).

SZZZ/Ecuador The Sangay volcano, located between the provinces of Chimborazo and Morona Santiago in the Andean and Amazon regions has shown increased activity as of 05MAR, with small explosions and tremors. Some ash flow has been observed towards the south. Please check the VAAC for further details.

GVNP/Cape Verde on 12MAR, 6 members of a TAAG Angola Airlines crew were targeted in an attempted armed robbery in Praia, Cape Verde. Reports indicate that assailants opened fire on the bus that was transporting the crew from GVNP/RAI to a hotel in Prainha. The bus driver was able to elude the attackers, and there were no injuries.

PLCH/Christmas Island has no JetA1 until 17APR. Elsewhere in the Pacific, PKMJ/Majuro has no fuel 21-25MAR, and PTPN/Pohnpei is out of supply until 28MAR.

SVMI/Caracas On 19MAR, assailants on a motorcycle shot a man who had recently arrived on a flight from Germany – while resisting a robbery attempt as he was walking along an outside corridor near a terminal at Caracas’ Simon Bolivar International Airport (SVMI/CCS).