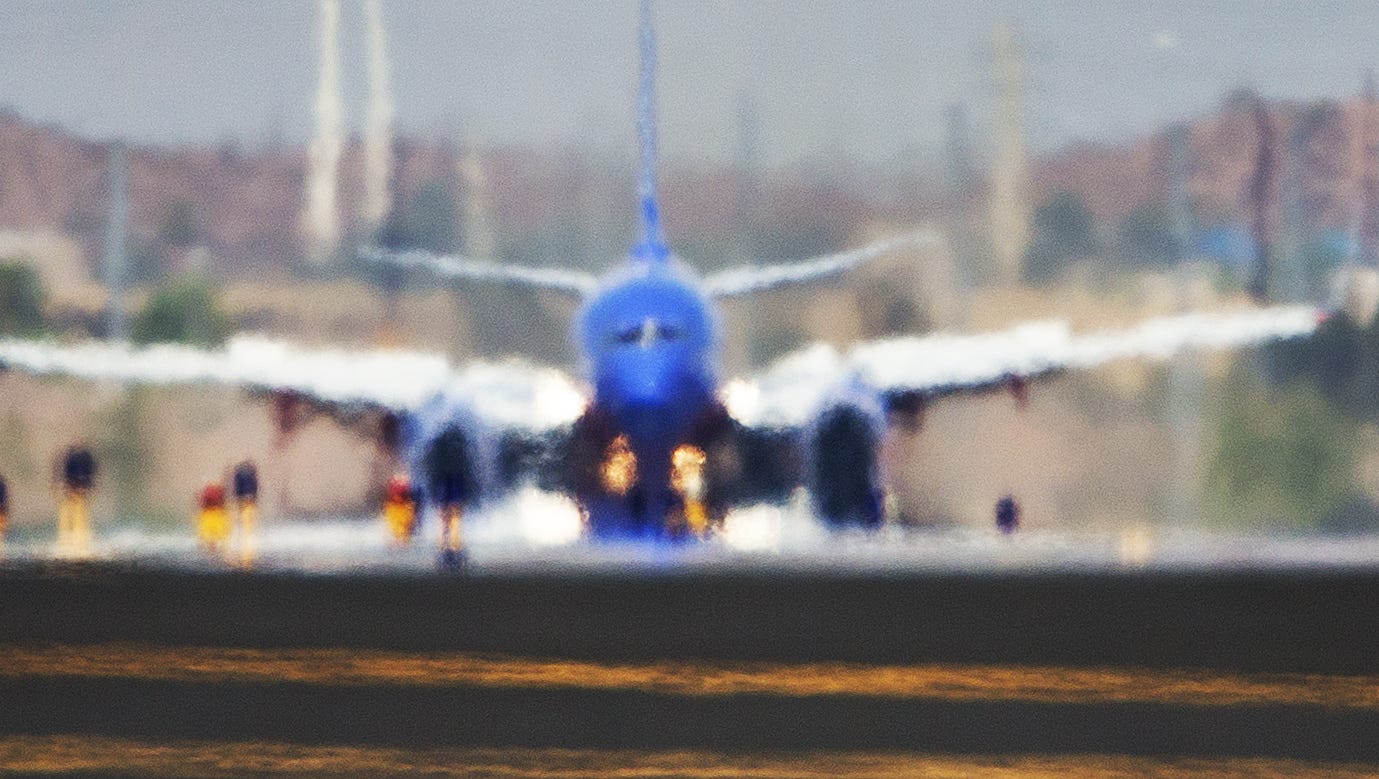 Top Tips for Operating in the Heat

Top Tips for Operating in the Heat


Summer has hit the Northern Hemisphere with a vengeance.

In the US, heat alerts have been issued from the Pacific Northwest to the Louisiana Gulf Coast with temps in some areas hitting the triple digits.

Over in Europe, southern and eastern regions are currently sweltering while in the Middle East several countries are currently the hottest places on earth. Kuwait hit 50 degrees Celsius the other day – that’s 122 if you prefer your temps in Fahrenheit.

Chances are if you’re operating in the Northern Hemisphere right now you are running into hot weather ops.

While you may be discovering that those board shorts you bought on layover pre-Covid are now a frightening three sizes too small, the hot weather presents some other unique operational challenges that are worth reviewing.

Make sure you check the books. If it’s getting really hot out there, keep an eye on your manuals. Most commercial aircraft have an operating envelope for ambient temperature. When the heat becomes extreme it can actually ground you, as happened to a number of CRJs in Arizona back in 2017.

Watch those MELs – You may be allowed to dispatch but have a think about whether it is appropriate to. Passenger comfort can become a problem here. Look out for anything that affects cabin cooling – bleed faults are a classic. A 30-minute taxi on a hot day running on a single bleed may see you unable to keep the cabin cool. 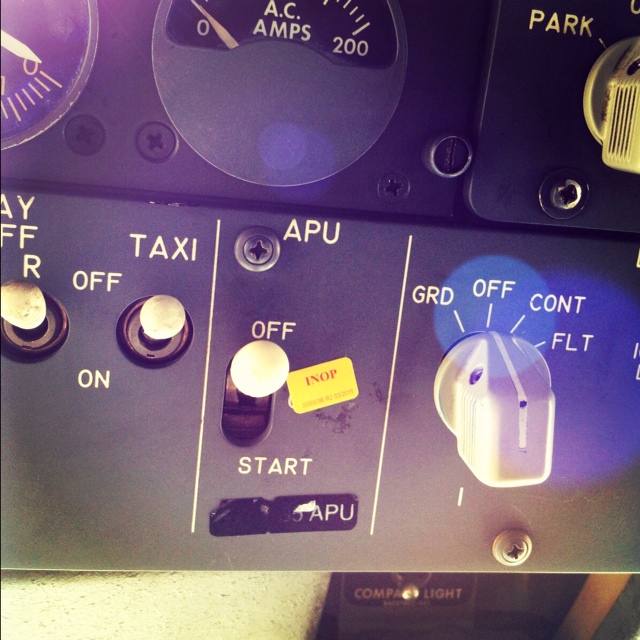 It’s nudging 110 out there and there’s no ground equipment. The book says go, would you?

If you have an extended turn-around without ground equipment you may need to factor in a little extra fuel for APU burn to keep the AC flowing.

First things first, get that cabin cool. High cabin temperatures are not only uncomfortable but can lead to medicals. The challenge on the ground is to control cabin temps – it is easier to keep them down than bring them down.

Consider using ground equipment if it’s available and keeping the aircraft’s window shades and door(s) closed. Random fact for the day: adult humans produce about as much heat energy per hour as a 100w light bulb – you may need to delay boarding until things cool off.

It’s not just ground air either. Some manufacturers think ground power helps too, as it takes some load off the APU. 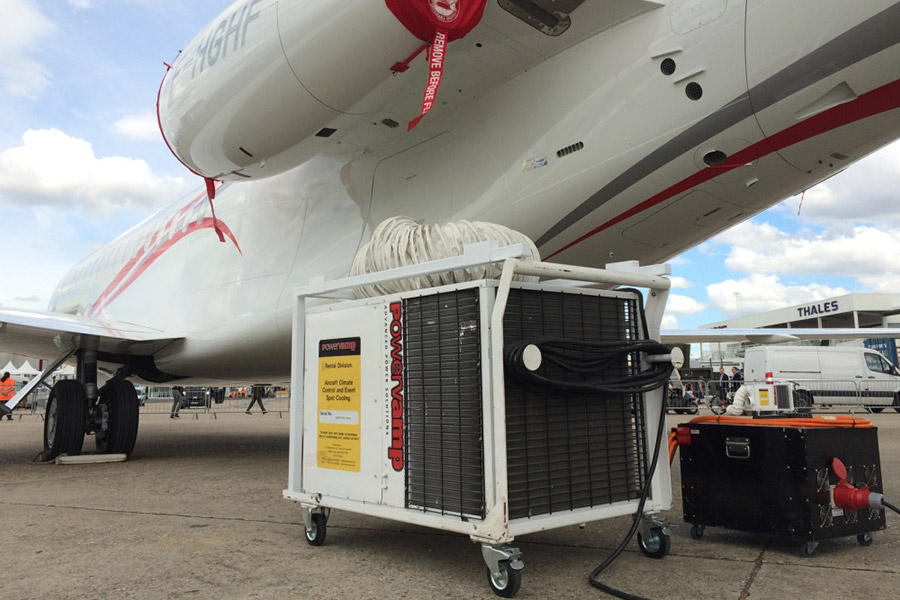 Also, don’t forget to look after the bleed system – they have a tendency to overheat. In some aircraft types it can help to partially extend the slats and flaps to improve cooling while on the ground.

Whether you use ITT, TIT, EGT or some other type of -T you will need to keep your eyes glued on limits, both during start and take-off.

Starting can be particularly problematic if your engines are already warm. Each aircraft type will have a specific procedure to follow to avoid hot-starts but more often than not they will include a dry crank cycle and a manual start.

By manual, we mean no fanciness like FADEC. Which means it’s on you to get rid of the fuel (quickly) before you roast one. Over-temps can happen very quickly. Pay close attention to the rate at which temps are rising. You don’t have to hit the limit to cut the fuel.

On that note – use every advantage you can. If there’s wind you want as much down the core as possible. You may need to tow into a better position for start – avoid tailwinds!

Starting a hot engine in high temps needs special care – keep an eye on those limits!

The issue here is brake temps. Large aircraft usually use carbon brakes. They’re designed to absorb energy by converting it to heat. Aircraft have brake temp limits for departure – on a sidenote, any guesses why? It’s due to the flash point of hydraulic fluid – they don’t want you to have superhot brakes in a wheel well near potential leaks.

The point is you have to keep your brakes cool and hot weather makes that difficult. It helps if you’re lucky enough to have brake fans and some airports are equipped with portable ones if you ask engineering nicely.

Otherwise, a little planning ahead helps here. If you expect a long taxi, give yourself a ‘build up’ margin so that you don’t hit your limit the second you get to the holding point, and use them as sparingly as you can.

It’s also worth considering that a longer single application of brakes is better than a bunch of them – let that speed build up before you brake again.

Departure and (lack of) performance.

Chances are you already know that as temperature rises, air becomes less dense. Our engines and wings have to work harder to get the job done and the penalty is performance.

If we really want to know how our aircraft will perform on a given day, we need to think about density altitude – pressure altitude corrected for how hot it is out. And correct we must, because for every degree outside above ISA, an airplane will perform like it is 120 feet higher. In extreme heat this can push up into the thousands.

So, when it gets super warm out there you can expect longer take-off distances and decreased climb rates. You might find yourself unable to lift weights off runways that you usually can either because there isn’t enough of the hard stuff in front of you or because of climb gradients.

Even if you can lift it all, don’t get caught out by restrictions on your SID down the track (at or aboves). Make sure you check them ahead of time in your FMS with a healthy buffer to avoid getting some egg on your face. Consider asking for a waiver or a different SID. 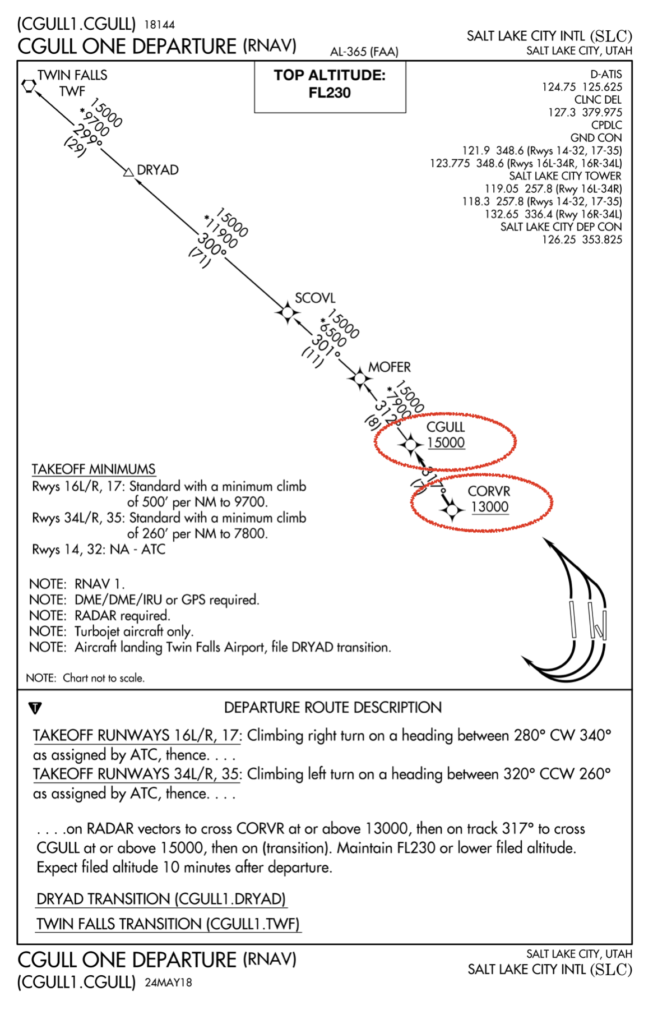 High temps produce convection – or in other words, it makes air rise. In humid climates you’re likely to run into build-ups and thunderstorms, especially in the late afternoon and evening. Visibility can also be severely limited by haze and poor air quality.

There are a few things to think about. The first is the approach you’re about to fly. Make sure there are no temperature limitations – RNAV approaches publish them for the use of LNAV/VNAV minima while in other cases, such as RNP (AR), the whole procedure may not be usable. 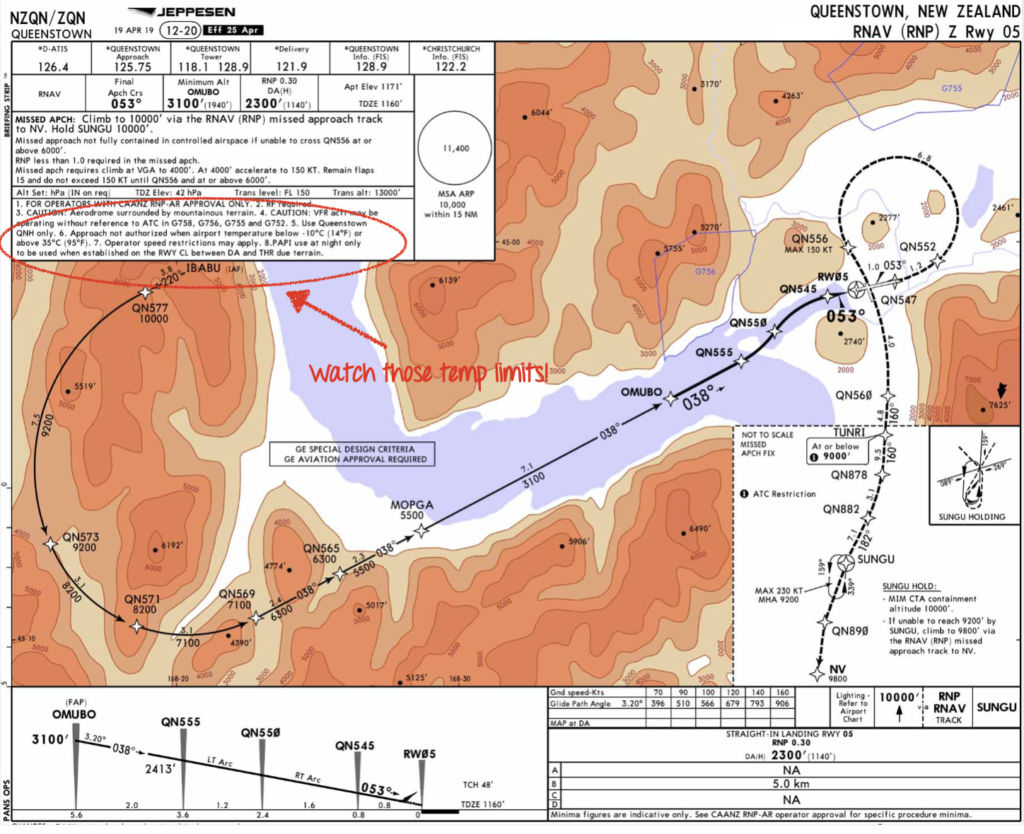 Expect mechanical turbulence near the ground, especially in dry climates. It can do a great job of destabilising an approach right when you have it on rails.

And don’t forget the missed approach either, especially if they require a steep climb gradient. Performance may once again become a problem.

Runways surfaces get hot – expect some thermal lift in the flare.

Once again, look after those brakes! Especially if you’re headed out again. Consider using reverse or exiting the runway further down the track. Any extra heat energy you put into them can turn into extended delays for cooling.

Get that APU fired up pronto, close the shades and keep things cool.

It’s not surprising to hear that the earth is warming up. 2020 saw the second hottest global temperature on record, and the figures show that that the rate of warming is accelerating.

From an operational perspective we are increasingly likely to encounter periods of ‘extreme heat’ on the line – when temperatures are six degrees Celsius or higher than average temperatures for an extended period of time.

In summer months more and more often we are going to have to deal with operating our aircraft at the high end of what they were designed for, so it’s important to remember how to keep things cool out there… literally.