Last week, we updated OpsGroup members with the changes on the NAT in the last 12 months with a special briefing. There have been many – MNPS being renamed HLA, new requirement for RNP4/10, new waypoints, airspace changes, the addition of Bodo to MNPS/HLA, and the introduction of RLAT – Reduced lateral separation: that is, half-track spacing for the first time.

The initial Phase of RLAT was introduced in December last year. Since then, there has been the option for suitably equipped aircraft (ADS, CPDLC and RNP4) to use one of the three new daily RLAT tracks, where aircraft are operating 30nm apart instead of 60nm.

The NAT plan at large called for Phase 2 to  follow this coming November, where the NAT Tracks would be ‘squashed together’ and all tracks would be RLAT above FL350, leaving only a couple of available tracks – spaced at 60nm, for everyone else.

However, we have been advised this week by the NAT working groups that this implementation in November will not go ahead as planned. There are some issues that Gander, Shanwick, and Iceland have to work through before their systems are ready to handle the next stage – meaning that the implementation of “RLAT only” is pushed out until, most likely, sometime next year.

So, for now, RLAT will stay on a maximum of three tracks – thereby slowing down the rate of change on the NAT, which probably comes as good news to operators. We’ll keep you posted. 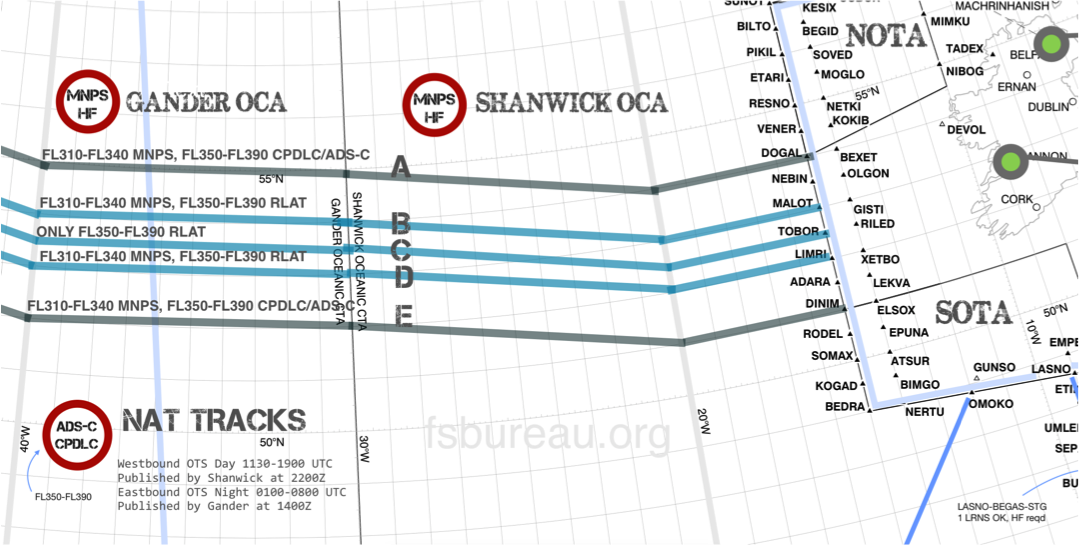