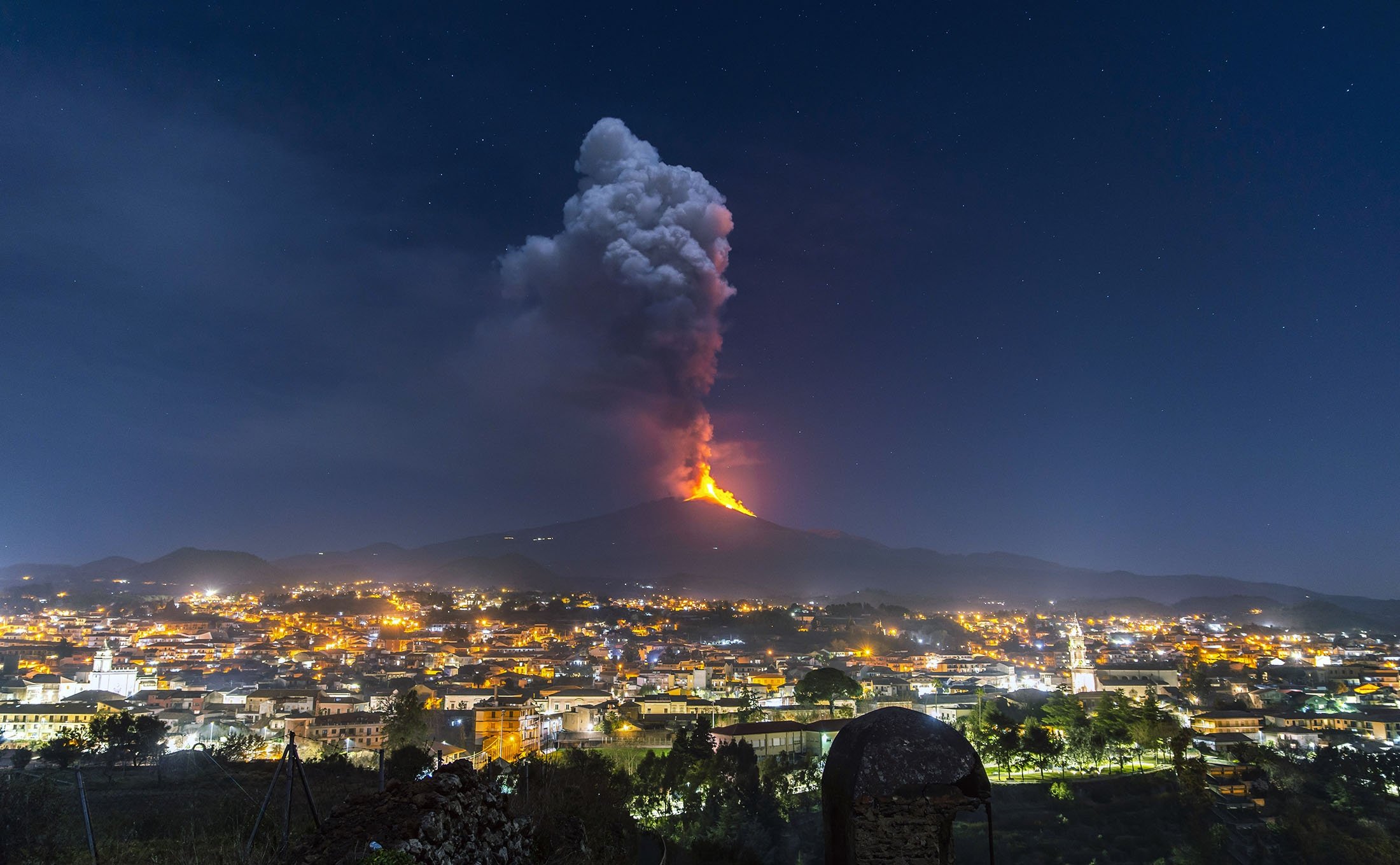 
Mount Etna erupts a lot! Opsgroup have issued about 20 alerts in 2021 because of its continued activity.

Here is a brief summary on the airspace sectors and contingency procedures to know about for if (when) it next erupts.

Mount Etna is situated approximately 33km in a straight line from LICC/Catania-Fontanarossa international airport. Which is why, when she blows her top, it often results in an alert for the airport and surrounding airspace – the main issues being ash in the atmosphere and the potential risk to engines, and ash fall at the airport reducing visibility.

Mount Etna, on a good non-exploding day, is still a 10,922’ hulk of a hill requiring an MSA for LICC/Catania airport of 13,300’ in the North quadrant.

The volcano also causes an area of magnetic abnormality.

LICR/Calabria airport is a smaller, domestic and VFR traffic airport on the SW tip of Italy which is also impacted by ash from Mount Etna when the wind is from a westerly direction. 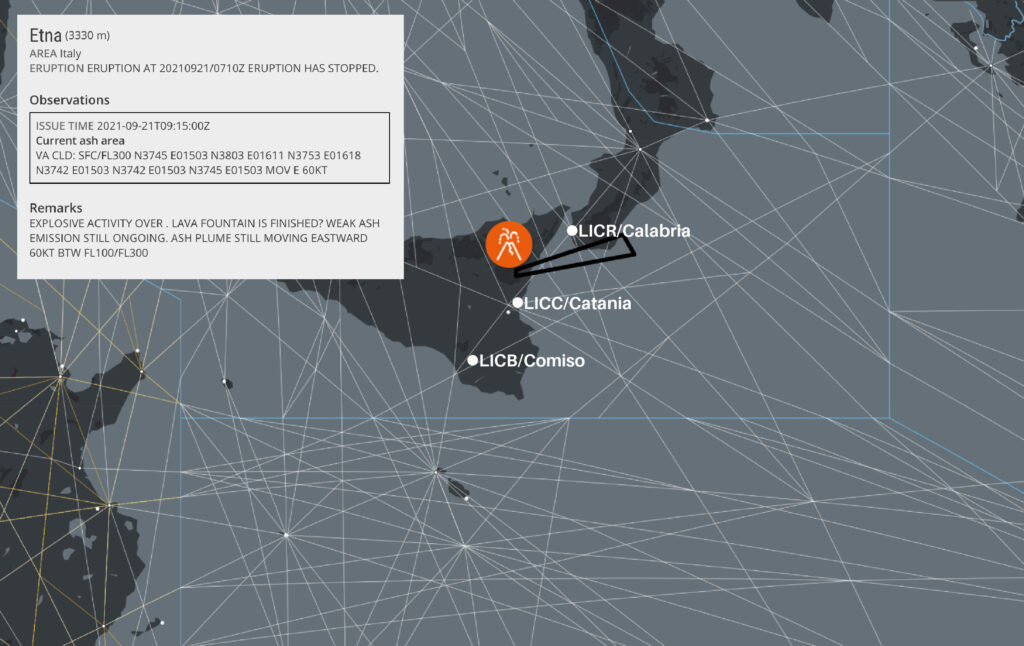 The airspace surrounding LICC and Sicily is broken down as this rather tidy chat from Jeppesen shows. The sectors are centred on Mount Etna and allow ATC to close those which ash drifts into. 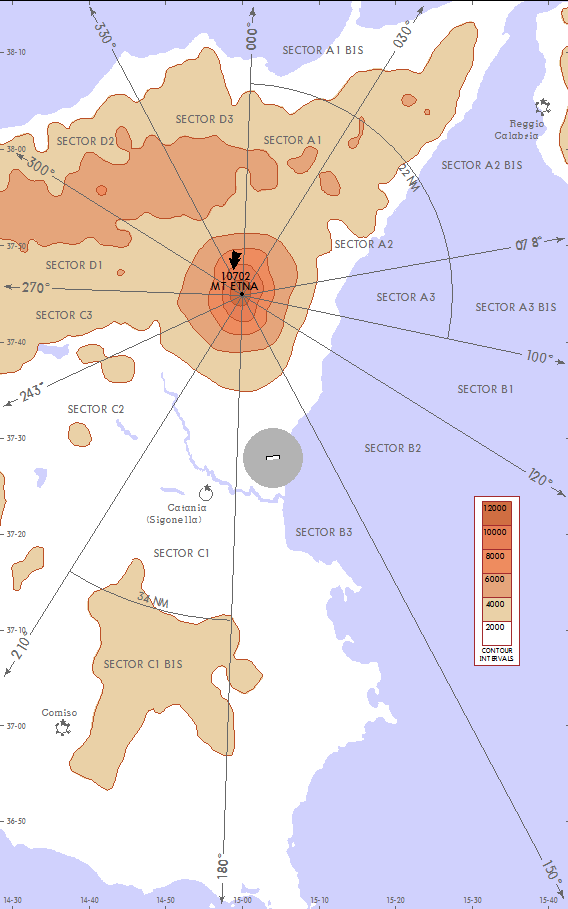 The Sectors (thanks Jeppesen)

The 21 Sep 2021 eruption has initially closed sector A3 and is impacting sector A2 BIS and low level traffic into Calabria airport.

Arrivals and Departures to LICC/Catania avoid overflying Mount Etna entirely – the 13,000’ MSA area is from radial 300° to radial 050° based off the CTF VFR.

However, variable winds in the region mean forecasting the impact of ash clouds is difficult.

The sectors help establish which SIDs/STARs can be utilised on a given ash day. The full list is fairly long, but worth having a look over in advance to ensure you are aware of which arrivals, departures and approaches are being suspended or utilised.

Eurocontrol publish and share Notams advising of airspace closures and contingency procedures. You can view these in the ‘Latest News’ section on the NOP homepage.