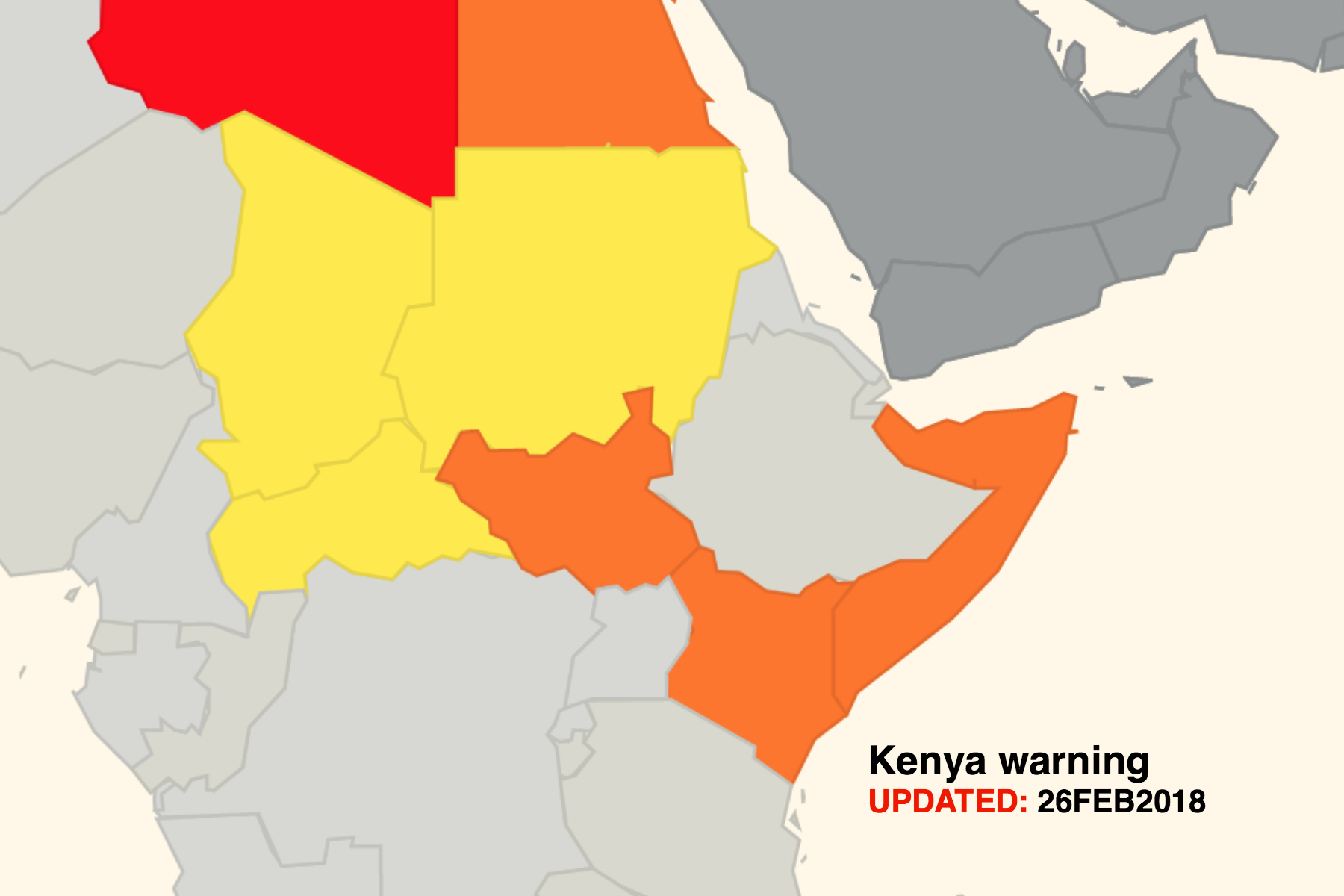 
The FAA has revised its warning for Kenyan airspace – the area to ‘exercise caution’ is now limited only to that airspace east of 40 degrees East longitude below FL260 (i.e. the border region with Somalia, and 12nm off the east coast of Kenya). Prior to this, their warning applied to all airspace in Kenya below FL260.

Published on 26 Feb 2018, the warning maintains the same wording to clarify the type of weapons and phases of flight that the FAA is concerned about, specifically:

The Notam uses FL260 as the minimum safe level, though we would suggest, as usual, that a higher level closer to FL300 is more sensible.

You can read the NOTAM in full on our Kenya page on SafeAirspace.net, a collaborative and information sharing tool used by airlines, business jet operators, state agencies, military, and private members of OPSGROUP.