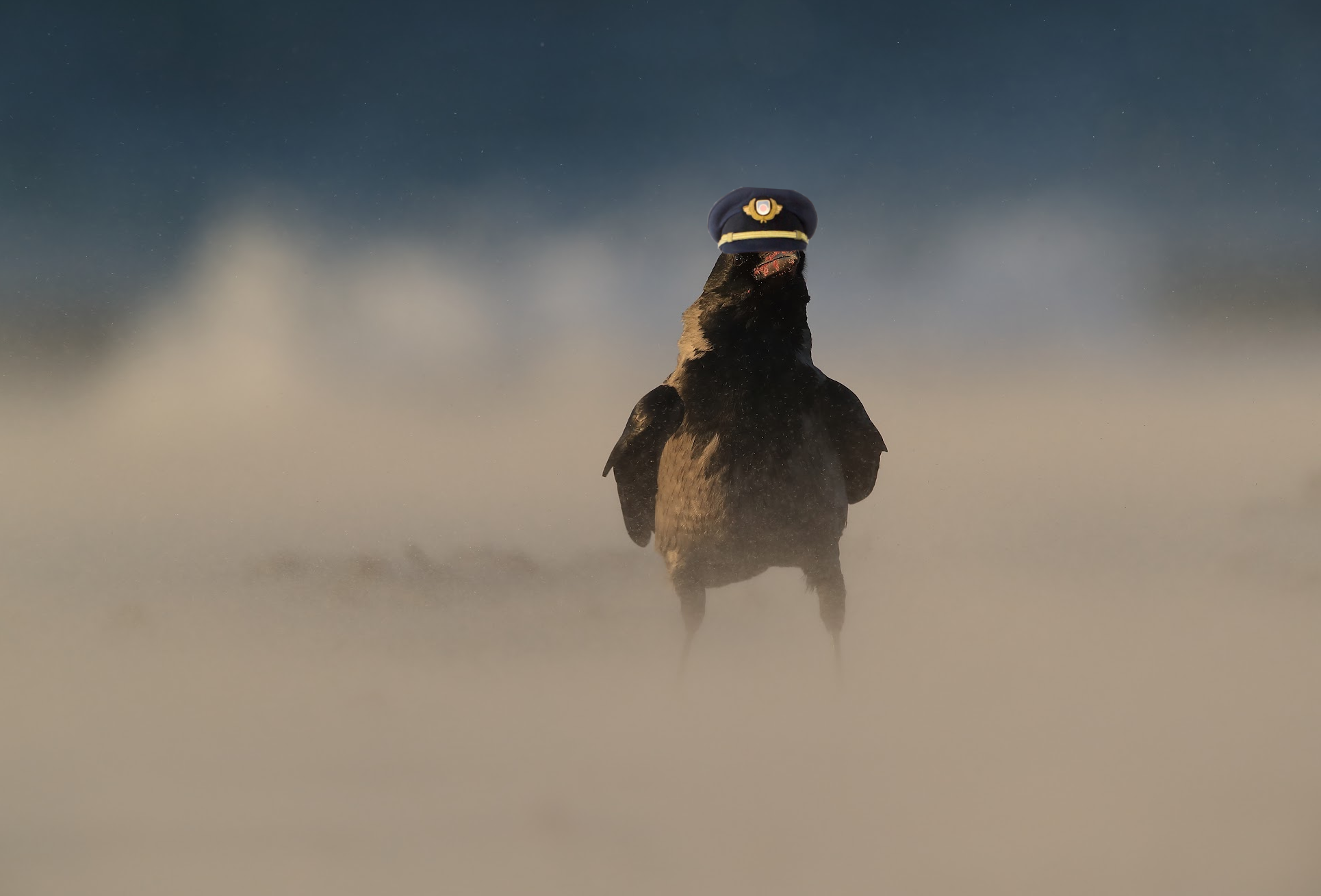 Free Route Airspace Around The World

Free Route Airspace Around The World


The amount of Free Route Airspace (FRA) you have available to you on your worldwide flights is growing. Here is a look at some of the new regions opening up, some that have been there for a while and some of the ones which probably never will be…

A quick overview if what it is.

Free Route Airspace is where you are allowed to fly direct rather than point to point.

“Free route airspace (FRA) is a specified airspace within which users may freely plan a route between a defined entry point and a defined exit point, with the possibility to route via intermediate (published or unpublished) significant points, without reference to the ATS route network, subject to airspace availability.”

Now, there are usually some limits to this:

Then there are the aircraft requirements (otherwise you’ll be sticking to the published routes). These are general and not all FRA airspace will have the same requirements:

The New One: Africa.

This actually came in during Covid because ASECNA (the air traffic folk for the region) wanted to help with fuel savings and efficiency for all the struggling airlines. Nice of them. Even nicer is they have now extended it until at least October 2022.

Of course, there are some limits – free routing through restricted airspace will generally not be possible when that airspace is active, and bits of the normal airspace might occasionally not be available either. So you will have to keep an eye out for notams on these.

All the info on Africa’s FRA is published in AIC 27-22 which you can find right here. 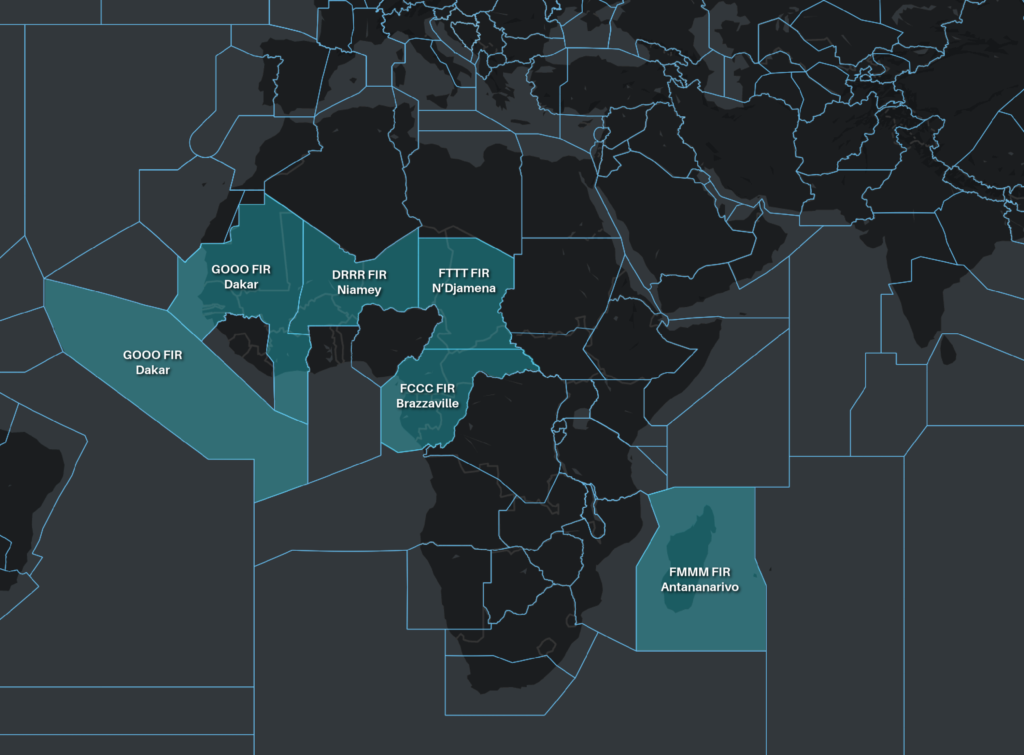 The FRA regions of Africa

We wrote a big old post on this back in December 2021 because it was the “biggest airspace change ever implemented in the United Kingdom” (their words not ours).

The major-ness of this is that it covers areas in the North Atlantic, Scotland, England and Northern Ireland. There is even a portion in the London UIR which is now FRA.

We should have started with Europe because they’ve been trailblazing FRA since 2008, when they became the first in the world to implement it. They have a whole implementation plan which you can read up on here.

Once the whole airspace is implemented they reckon it will amount to 1 billion nautical miles saved. 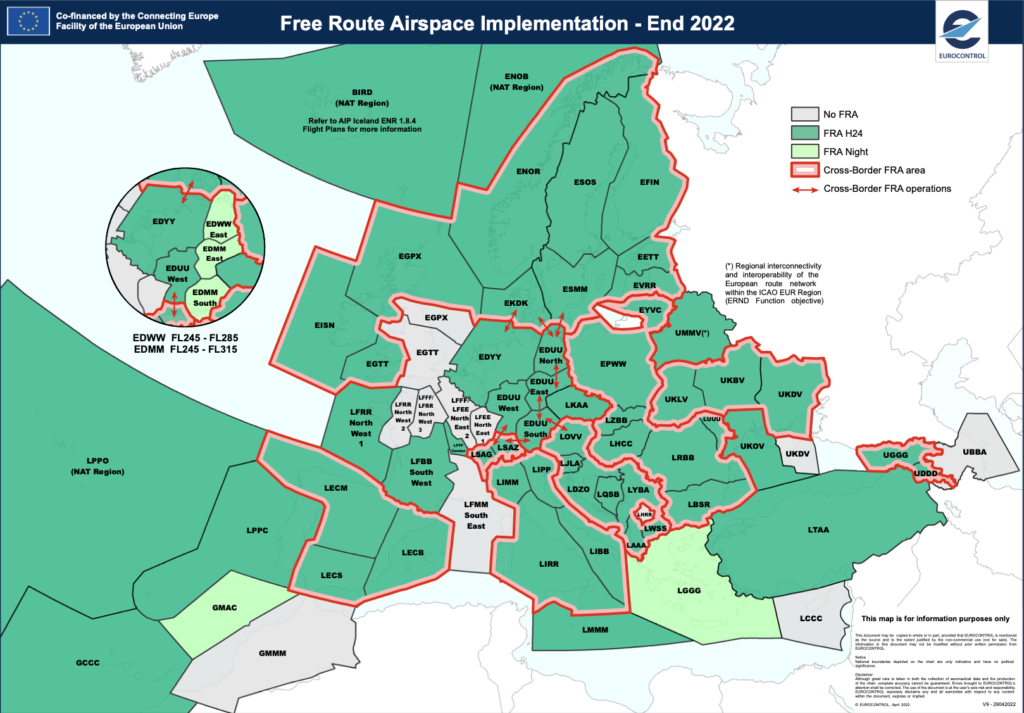 The Cross-Border FRA is the key stuff because it means you can file those 200nm segments across border. Currently, Belgium, Luxembourg, the Netherlands, Germany, Denmark and Sweden all have cross-border FRA operations. These are increasing through to 2030 (when the whole region should be FRA and cross-border).

The European Commission has a deadline of 2022 for implementing FRA Europe-wide above FL305.

The legal stuff for the implementation is all in here if you want a read.

They also have a jumbo document with all the planning requirements if you need it.

Maastricht. (Yes, we know this is part of Europe).

Maastricht of course have free route airspace. The Maastricht Upper Control Area (MUAC) has had it from FL245-FL660 since a long time. Here’s their page on it.

They have something new too though.

Now, this isn’t FRA stuff, but is “making routing through airspace more efficient” stuff so we figured a good thing to add in here too.

The big change is the “dualisation” of the N125 route. What is this? Well, its a busy route that used to be bi-directional and have aircraft climbing and descending which was a mess. So now it is two parallel routes.

Here is a picture of it: 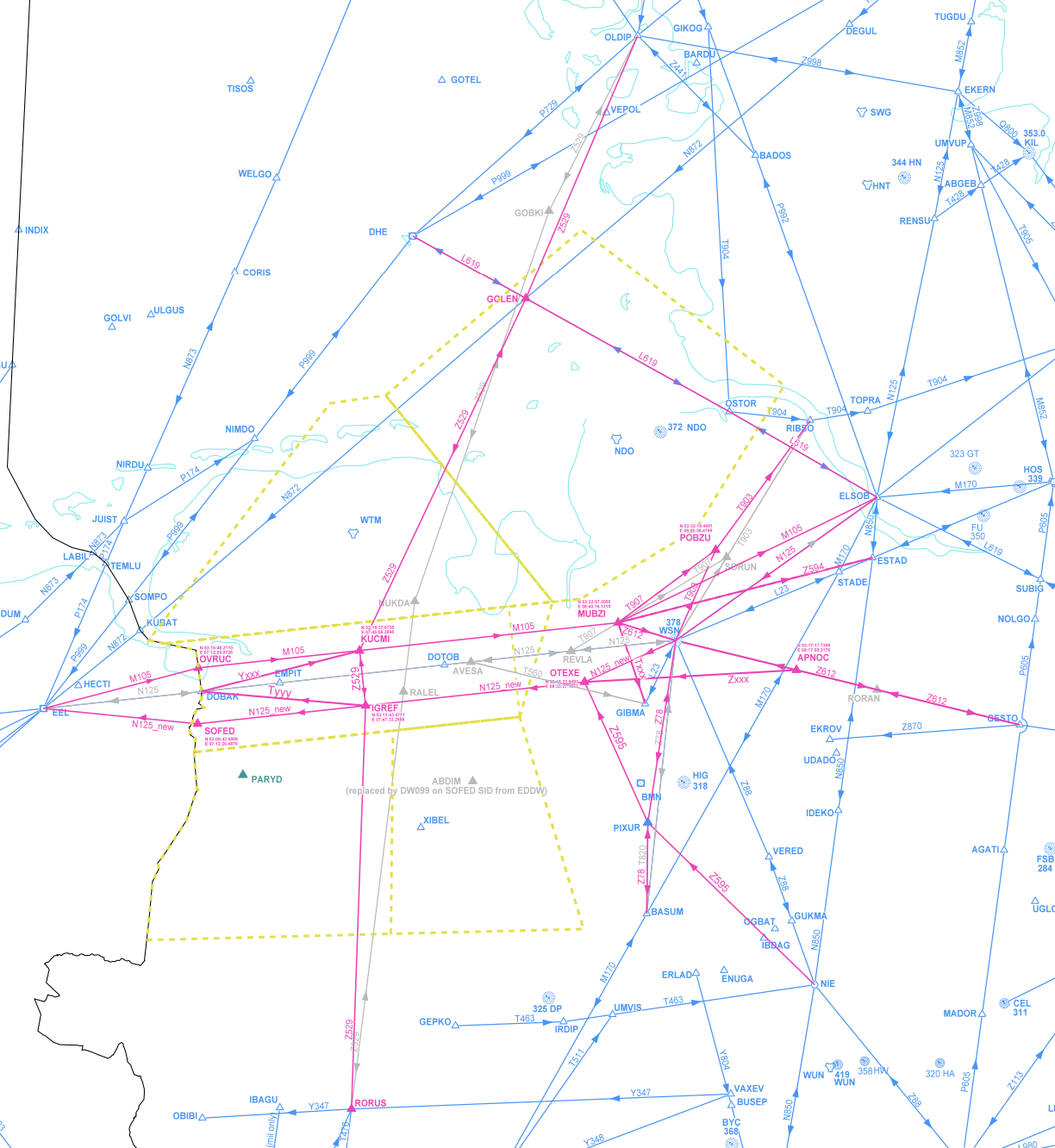 Might not look like much, but it impacts a bunch of German airports, some in the Netherlands and also some overflights so if you fly through this area often, it’s worth knowing about.

One last thing in Maastricht…

Maastricht also publishes their own AIRAC brief which basically coincides with the new AIRAC cycle. This doesn’t supersede the AIP, but provides some handy “complementary” information to help with flight planning.

A study was published on this earlier in 2022 and the results showed, unsurprisingly, that there is much better efficiency for flights able to utilise free routing – especially because winds can be utilised better. This isn’t quite the same as Free Route Airspace, its more “free to plan your route for minimum time or fuel burn”.

They saw around 243kg saved on eastbound flights and 469kg on westbounders.

However, they also saw a potential increase in loss of separation events, so a balance in separation and efficiency comes up. To be honest, we aren’t sure what the situation is with this. It seemed to be a trial to see if viable, but no news on whether it will go any further.

The next step for the NAT is more likely to be Nil Tracks than full free route airspace. And there is no sign of nil tracks becoming a permanent thing anytime soon.

They are implementing FRA but it is dependant on China (where entry points are dictated by city to city pairs) and Russia (which is currently not talking to many of their neighbours on aviation related topics).

Russia has some FRA, but is looking to add more entry and exit points. See above for progress on this though.

The FAA are implementing some High Altitude Redesign plans which you can read all about this Circular.

They don’t call it Free Route Airspace, but if you’ve flown in the US you might have noticed you do tend to get a lot of directs. If you want to plan for these a little more ‘officially’ then you need to look out for the (little-known by some) waypoints all around the US known as ‘NRS (National Route System)’ waypoints. 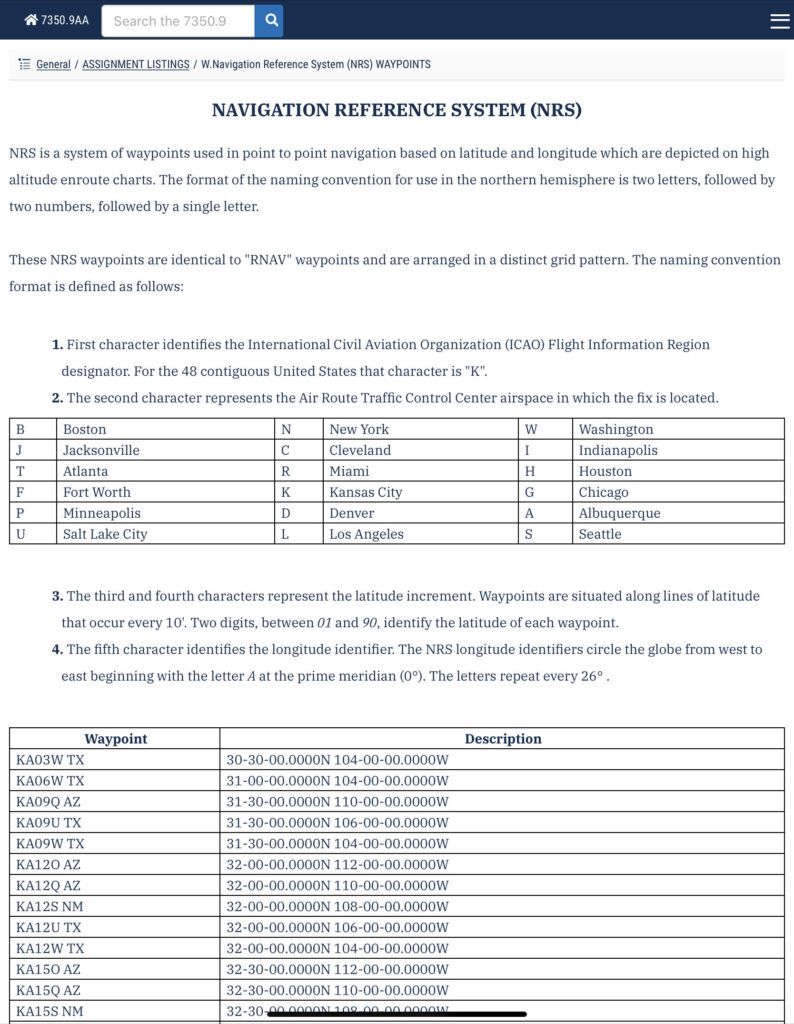 Coming to an airspace near you…

Free Route Airspace is predominantly a ‘Europe Thing’, and a very good one, but a work in progress. If you work in the planning side of things, keep an eye out for changes to European airspace as more FRAs and cross-border routes become available.