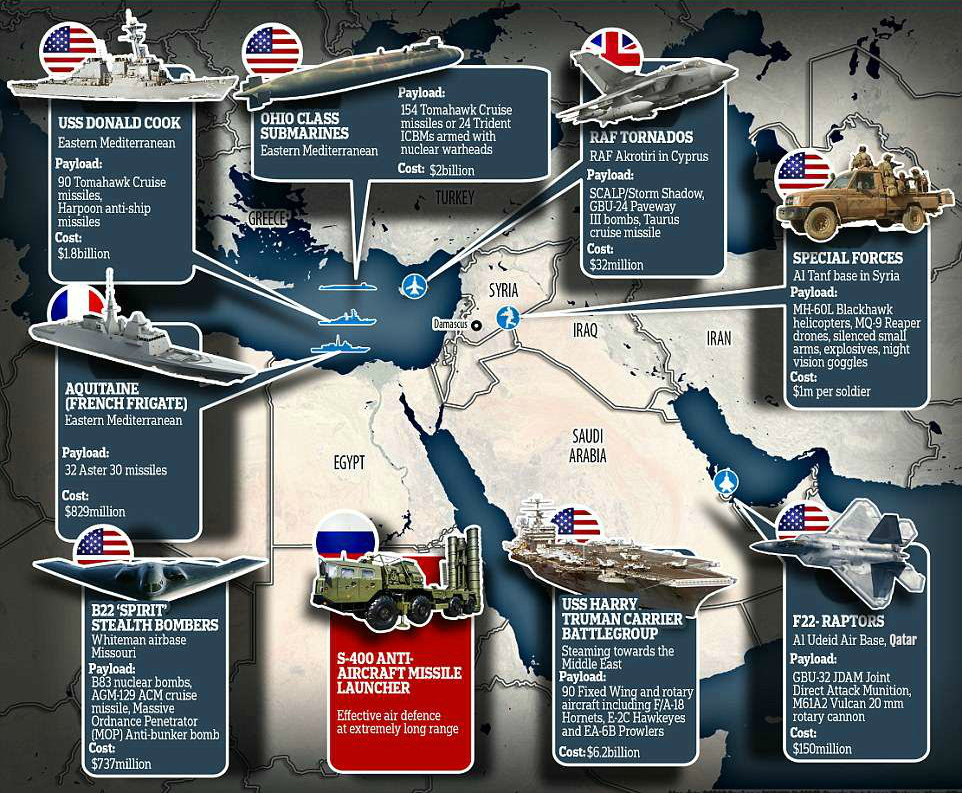 
EASA are warning of possible air strikes into Syria being launched from locations within the LCCC/Nicosia FIR over the next 72 hours (Apr 11-14).

Eurocontrol have published a ‘Rapid Alert Notification’ on their website, with a statement from EASA that reads:

Very few commercial flights operate over Syria, and authorities in the US, UK, France and Germany have all previously issued warnings for Syrian airspace.

But many airlines regularly transit the LCCC/Nicosia FIR: there are frequent holiday flights to the main Cypriot airports of LCLK/Larnaca and LCPH/Paphos; overflight traffic from Europe to the likes of OLBA/Beirut, OJAI/Amman and LLBG/Tel Aviv; as well as traffic from Istanbul heading south to the Gulf and beyond. 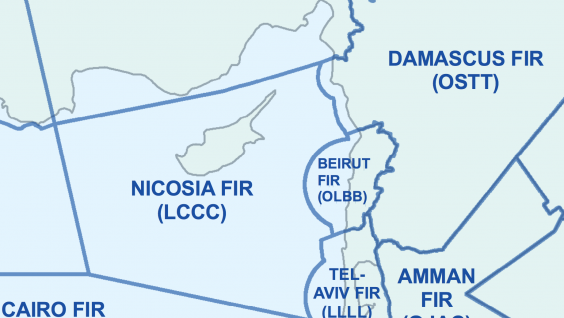 Last year, two US warships in the eastern Mediterranean fired missiles at an air base in Syria after a chemical weapons attack by the Assad regime killed more than 80 people.

This week, following another suspected chemical attack by the Syrian government against civilians in a rebel-held town in Syria, the US President Donald Trump warned there would be a “forceful” response. On Apr 11, he took to Twitter to warn Russia to prepare for strike on Syria: 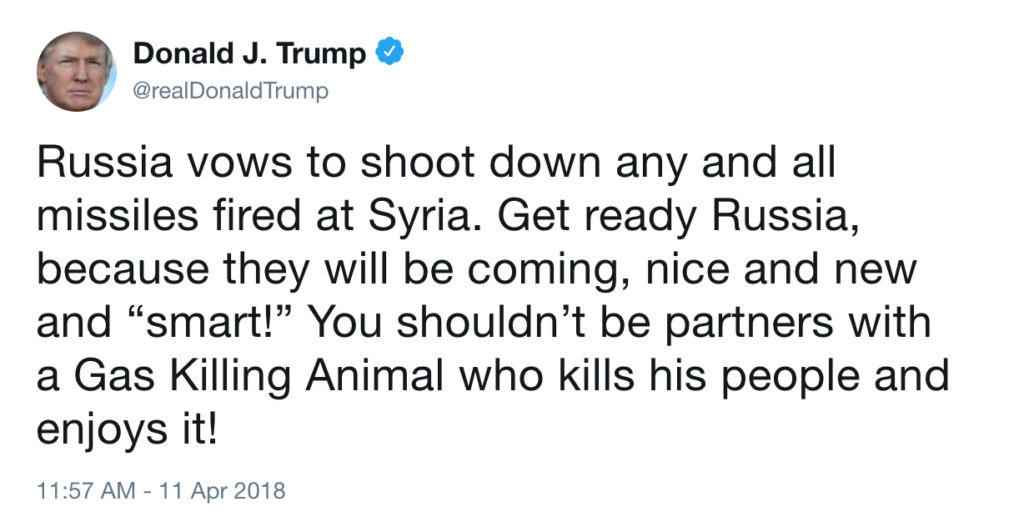 For the airstrikes on Syria last year, the US gave Russia advance warning of the attack, and Russian forces opted not to attempt to shoot down the missiles using its air defence systems stationed in the region.

However, this time round things could be very different. This week, Russia’s ambassador to Lebanon reminded the US that the head of the Russian military has said his forces in Syria would not only shoot down any missiles that threatened them but would target the source of the weapons as well.

The only US warship currently in the Mediterranean and capable of a possible strike is the USS Donald Cook, which left port in Larnaca and started to patrol in vicinity of Syria on Apr 9. According to some reports, it has since weighed anchor off Syrian territorial waters, and has been “buzzed” by low-flying Russian military jets.

Another 3 warships of the Sixth Fleet are already in the Atlantic Ocean, and on Apr 11 the entire US Truman Fleet (including an aircraft carrier, 6 destroyers, and nearly 6,500 sailors) departed Norfolk, Virginia, to head to the Mediterranean Sea. However, it may take up to a week for any of these warships to arrive.

Here’s an overview of US and coalition forces’ military options currently thought to be on offer in the eastern Mediterranean:

With the downing of MH17 by a surface-to-air missile over Ukraine in 2014, as well as all the recent unannounced missile tests by North Korea, there has been increased focus by the aviation community on the risks posed by conflict zones. If any missiles are launched from the Eastern Mediterranean in the next few days, be prepared for possible last-minute reroutes, as any Notams that get published may not give much warning.

One of our biggest missions in OPSGROUP is to share risk information and keep operators aware of the current threat picture. Check out Safeairspace for the most up-to-date information on airspace safety around the world.