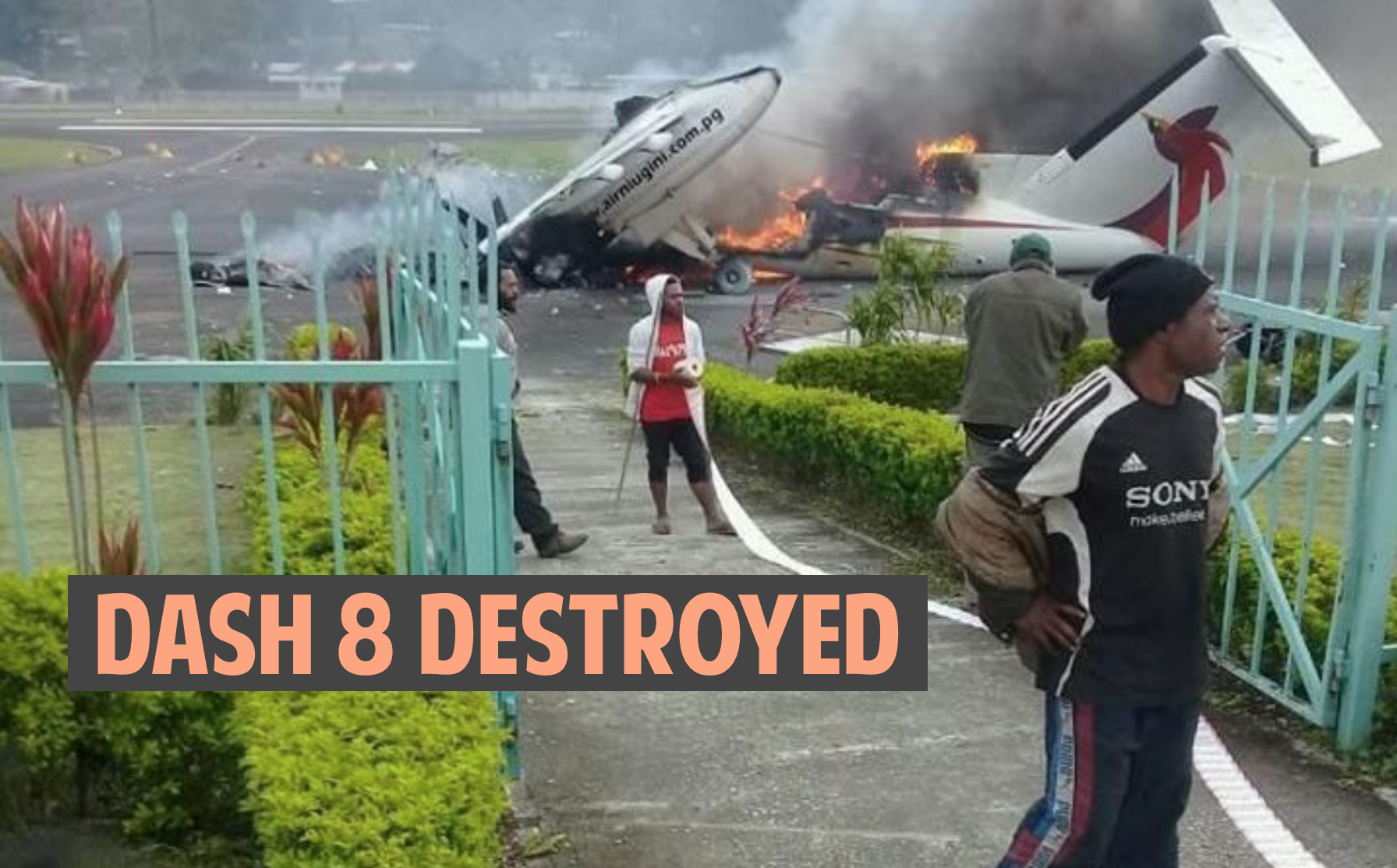 
AYMN/Mendi has been closed indefinitely after protesters set fire to and destroyed an Air Niugini Dash 8 aircraft, which had just arrived from Port Moresby. The protest was in response to a court ruling confirming the election of the Southern Highlands governor William Powi.

“(Initially) the local police station commander Gideon Kauke had said police were guarding the aircraft to ensure there was no further damage, after its tyres had been flattened.

But he said his team of about ten police couldn’t contain a mob of uncountable numbers, particularly after missiles were thrown, forcing them to retreat; “we were guarding the plane but compared to them we were outnumbered and they came in all directions, all corners. Missiles were thrown, bush knives were thrown.”

Mr Kauke said some of the protestors, who continue to behave menacingly in Mendi as their numbers build up, were carrying guns. He said the protest was in response to a court ruling in Waigani confirming the election of the Southern Highlands governor William Powi.”

The Australian Department of Foreign Affairs is cautioning all to “reconsider your need to travel” to the regions affected by the unrest and to also “exercise a general degree of caution” for the whole of PNG.

The local NOTAM says it all. 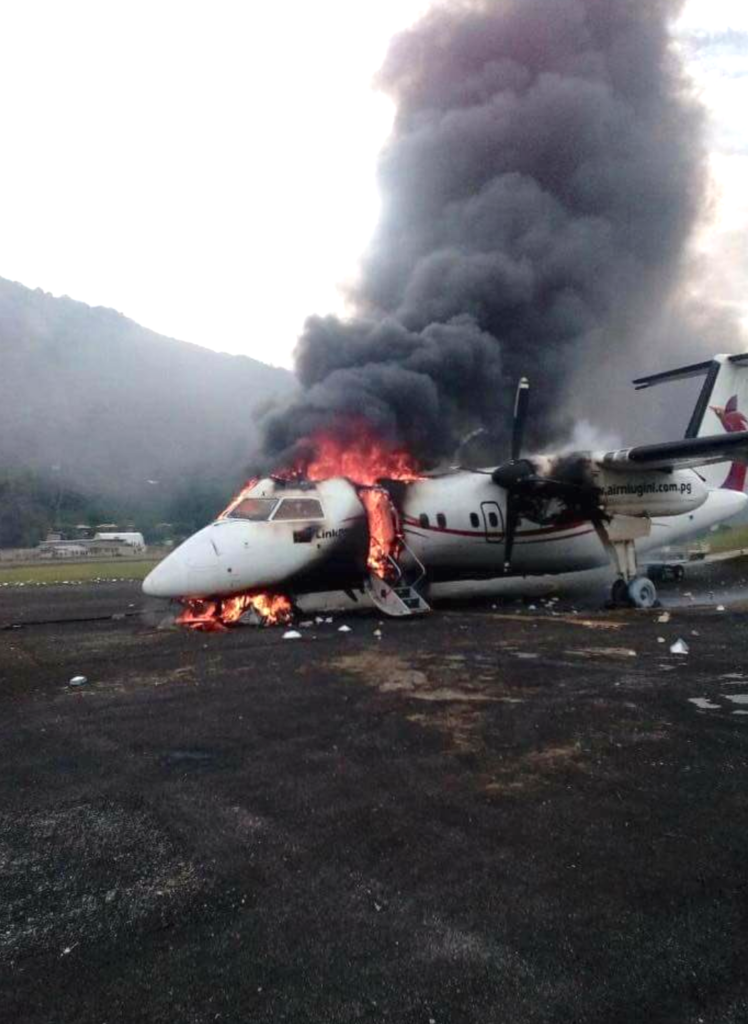 Additional reporting indicates that the aircraft was shot at on landing, deflating the tyres.

Are you currently in PNG and can fill us in on more? Please comment below, or email us.